Sheriff R. Glenn Smith says the deputy had just completed her 20-week field training program and had been on patrol by herself for only three nights at the time of her death. 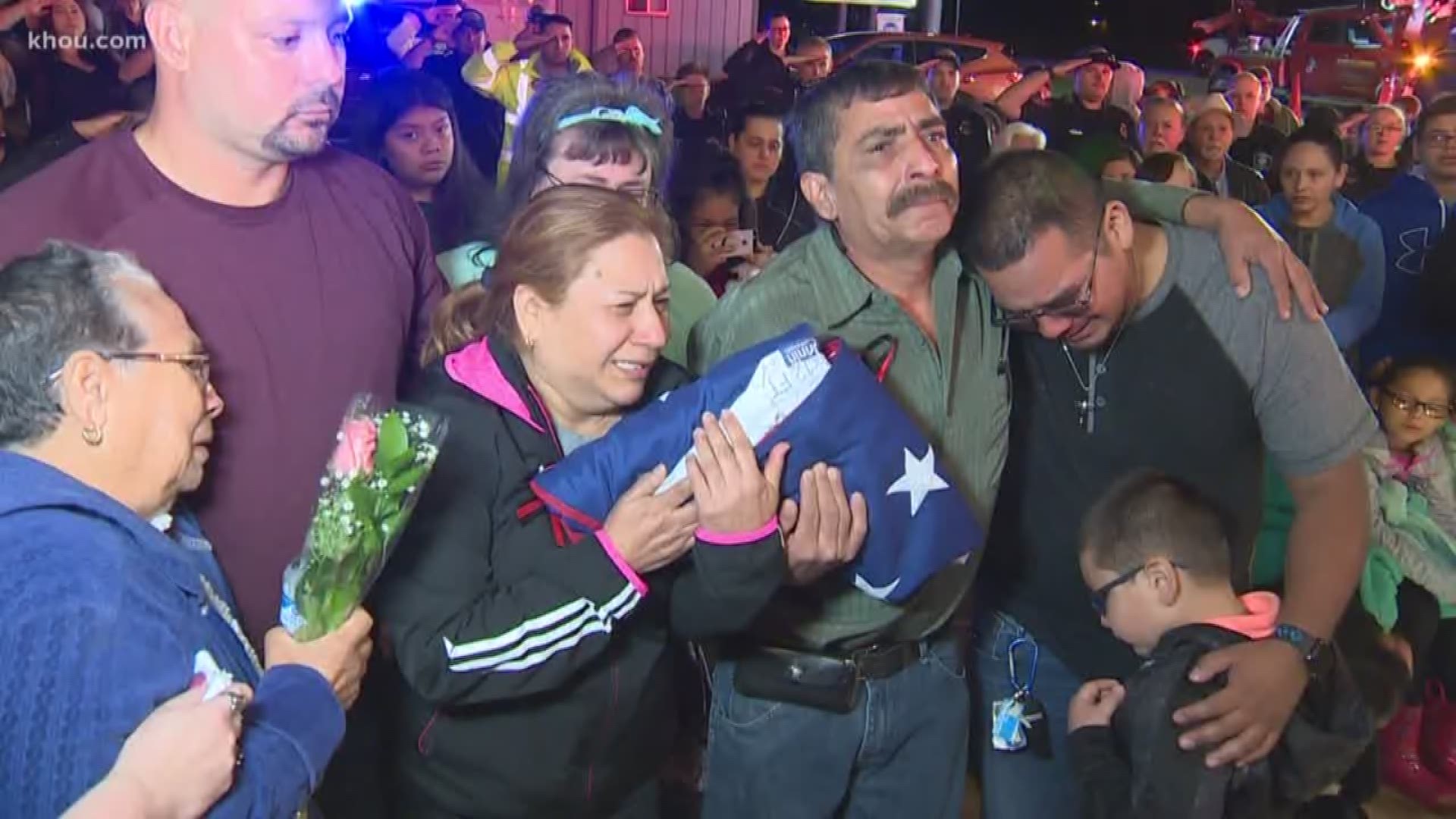 Sheriff R. Glenn Smith says Deputy Loren Vasquez, 23, was heading north on FM 362 near Hoover Road when her patrol unit rolled over after she hit water on the roadway. The car landed upside down in a water-filled ditch.

Deputies were not able to reach her inside of her vehicle. She was eventually transported to a hospital in Cypress where she was pronounced dead.

A procession of deputies escorted the fallen deputy to the medical examiner's office overnight.

The exact cause of her death is pending the outcome of a report by the Harris County Medical Examiner’s Office.

We’re sorry to hear of the loss of a Waller County Deputy Sheriff overnight. We’ll do anything we can to help our WCSO neighbors during this difficult time. pic.twitter.com/FVIy6pEs9h

With heavy hearts, we mourn the loss of a @WallerCoSheriff Deputy. She died last night as she was responding to a weather-related crash during the storms. We are here to support our LE brothers and sisters in any way they need us. #ThinBlueLine pic.twitter.com/7FOydCCxRd

The sheriff said, "Words can't express what his office is going through... And he asked for prayers from the public."

Deputy Vasquez lived in Waller County with her parents and younger brother. She graduated from Royal High School and was an active member of the Brookshire Volunteer Fire Department.

The deputy started her law enforcement career with the sheriff's office in May 2018.

The sheriff said the deputy had just completed her 20-week field training program and had been on patrol by herself for only three nights at the time of her death.

"The Waller County Sheriff’s Office is asking for your thoughts and prayers during the coming days and weeks. We also respectfully request that you keep Loren’s family in your hearts during this difficult time."

A candlelight vigil will be held Thursday night in remembrance of Vasquez.