The vice president said the recent surge in asylum seekers entering the country is a crisis. 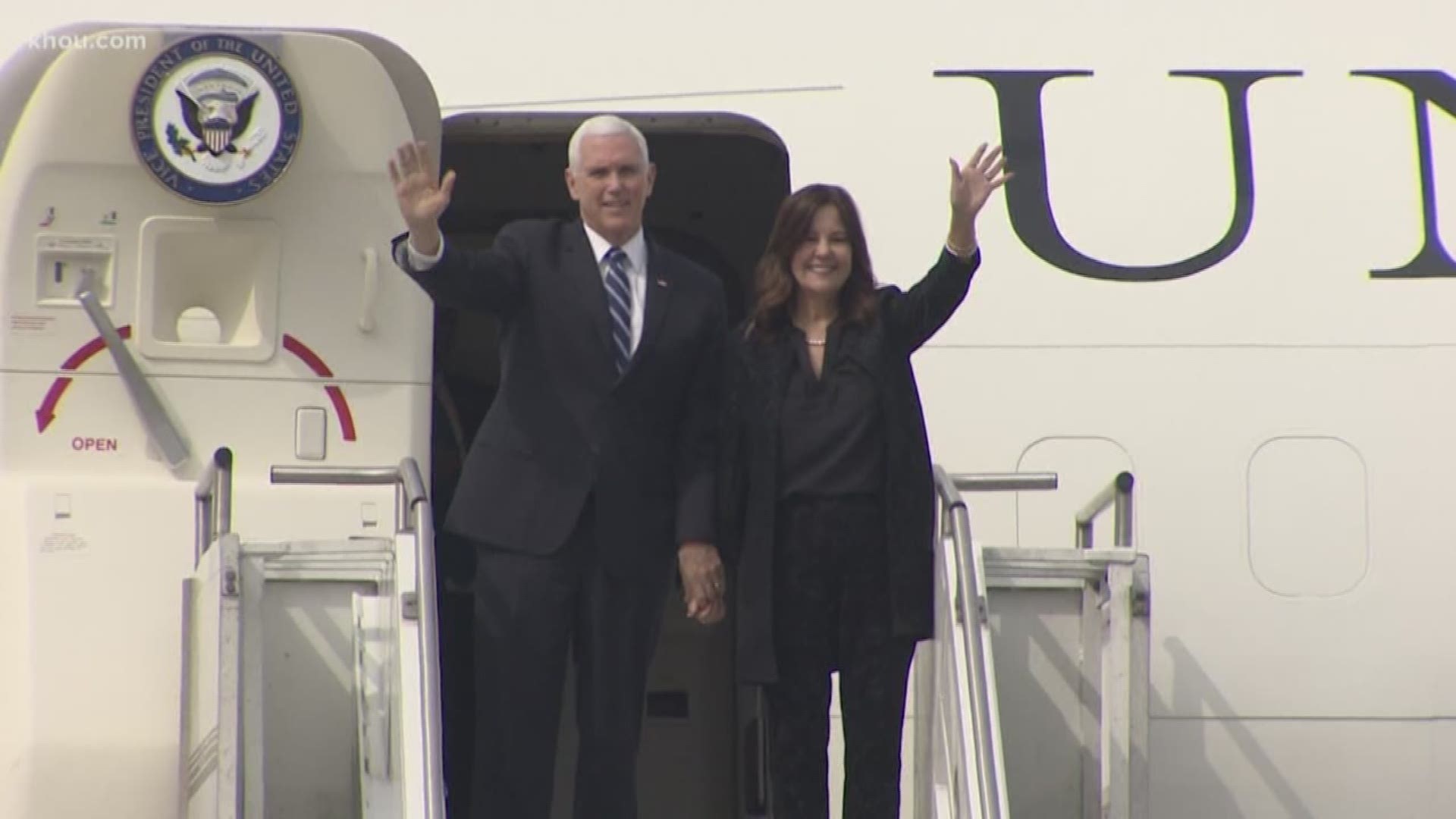 Lt. Governor Dan Patrick, Congressman Dan Crenshaw, and other supporters met Mr. and Mrs. Pence on the tarmac after they landed.

From there, Mr. and Mrs. Pence traveled to the nearby Homeland Security Investigations facility for U.S. Immigrations and Customs Enforcement.

During a speech, Vice President Pence praised ICE agents for their work.

“We’ve got a crisis in illegal immigration on our southern border, and it’s different than anything we’ve ever seen before,” said Pence.

The vice president said the recent surge in asylum seekers entering the country is clearly a crisis and, he added, that's why the president is currently in California.

“It's time for Congress to close the loopholes that human traffickers use to entice vulnerable families to make the long and dangerous journey to our southern borders,” said Pence. “Close the loop holes, build a wall, secure our border, provide those who enforce our laws with the resources they need, and we'll end this crisis.”

Federal law states that anyone can apply for asylum on U.S. soil, regardless of immigration status.

“They should be going to ports of entry,” said Rep. Dan Crenshaw (R-Houston). “That should be one of our first steps. We have to end catch and release. That would have a dramatic effect on this problem in a humane way.”

On Thursday, President Trump backed away from his threat to immediately close the U.S.- Mexico border.

“The president has made it clear: Mexico is stepping up,” said Pence. “We've been very encouraged, frankly, in the last week with the efforts Mexico is making along their southern border.”

The Vice President will be making stops throughout the day, including at Rice University, where he's expected to talk about Venezuela.

After that, he'll travel to College Station to take part in a Bush Foundation event Friday evening.

His wife Karen is also visiting the Johnson Space Center on Friday.