The Brazoria County community is still rebuilding after Hurricane Harvey hit them hard in 2017. 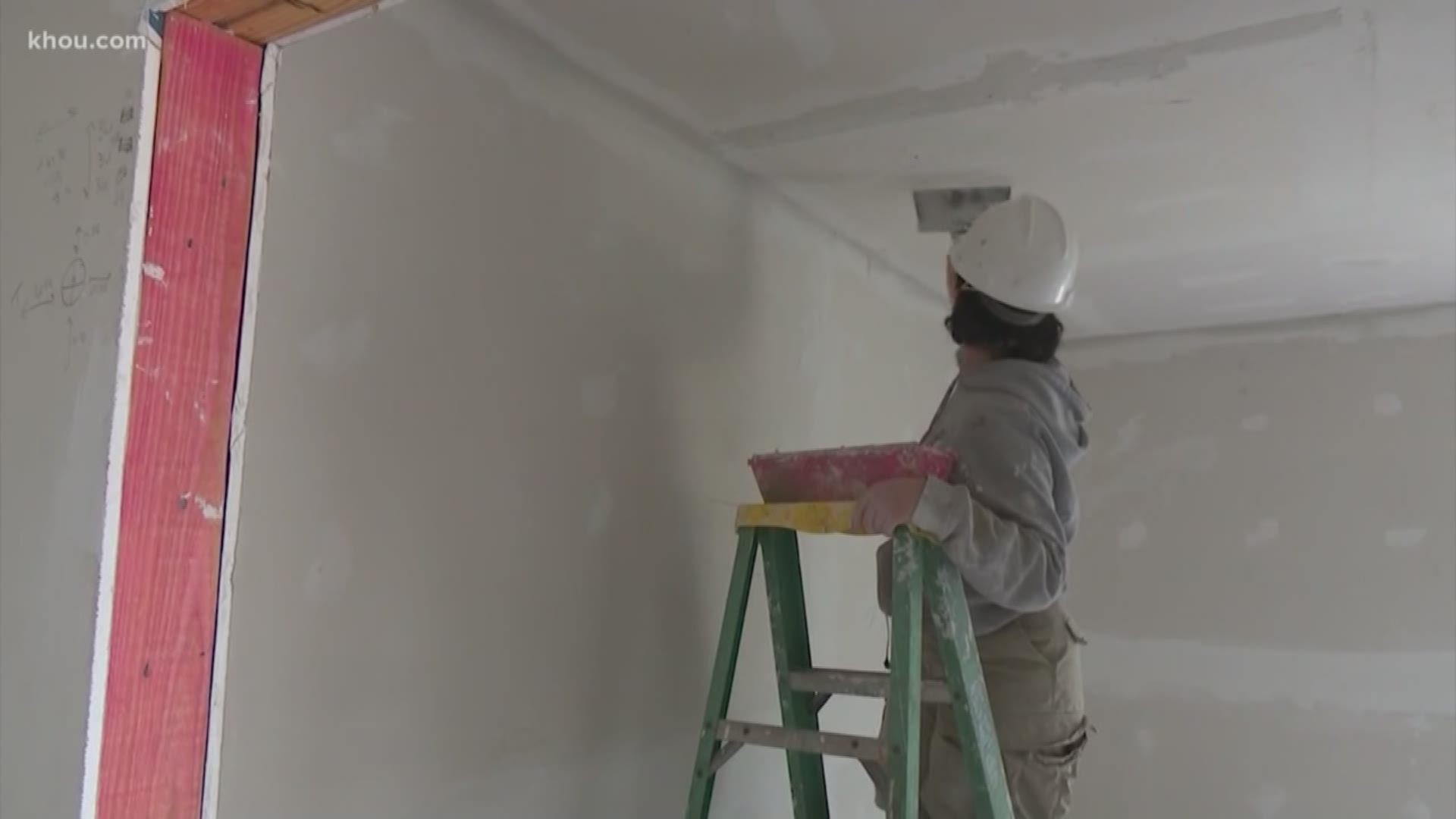 BRAZORIA COUNTY, Texas — A Brazoria County community known as “Little Cambodia” is getting help rebuilding after Harvey from volunteers around the United States.

Little Cambodia, which sits near FM 1962 and County Road 121 near Rosharon, gets its name from the large number of residents from Southeast Asia, which includes many farmers.

Most of the area’s roughly 200 families suffered damage to their homes or greenhouses from Harvey. Neighbors say during the past two years, volunteers have helped fill the gaps in recovery FEMA and local faith groups couldn’t meet.

“I’m glad that I can do at least a little bit of something to help out,” said Nicole Song, a team leader with Americorps, whose group was rebuilding a home on Amy Lane Wednesday alongside volunteers from Mosaic in Action.

The New York City native has been in Southeast Texas for two and a half weeks. It’s her group’s third project on a 10-month tour that ends in March.

Song and other volunteers often meet the families they help.

“One of the homeowners that we’ve really connected to, Miss Law, she is still surprised that we’re even out there,” Song said. “After two years of searching for help, she says that she still can’t believe that we’re in her home working.”

The volunteers plan to do at least 30 projects in 20 homes across Brazoria County.

Johnny Bopho, a Laos native who’s lived in Little Cambodia since 2005, has not only repaired his home after Harvey but also built additional rooms and facilities to house volunteers.

“They’re high school kids, college kids, and they come here and work for free,” Bopho said. “I was gonna go in, just help out here and there. I didn’t decide to stay like this, but I see all those kids smiling, come and work so hard, so I keep going until I finish.”

Bopho’s wife cooks for the volunteers, using ingredients from the family greenhouses, where the couple grows crops like water spinach and mint to sell to local supermarkets.

“They’re getting paid nothing, it’s cold outside,” Olson said. “They put up the drywall in one day. Yesterday, just studs. Today, drywall. This house will be painted and prepared for the next occupants within probably a week or so. That’s America, that’s Texas. I’m proud to be here and see (what’s) going on.”

RELATED: Hurricane Harvey heroes will be featured in documentary set to debut this Thursday

RELATED: Houston family loses everything in Christmas Eve fire that killed 2 of their dogs