It has been 10 years since The Big Bad Wolf thrilled tourists at Busch Gardens Williamsburg. But the roller coaster lives on in the hearts of many fans. 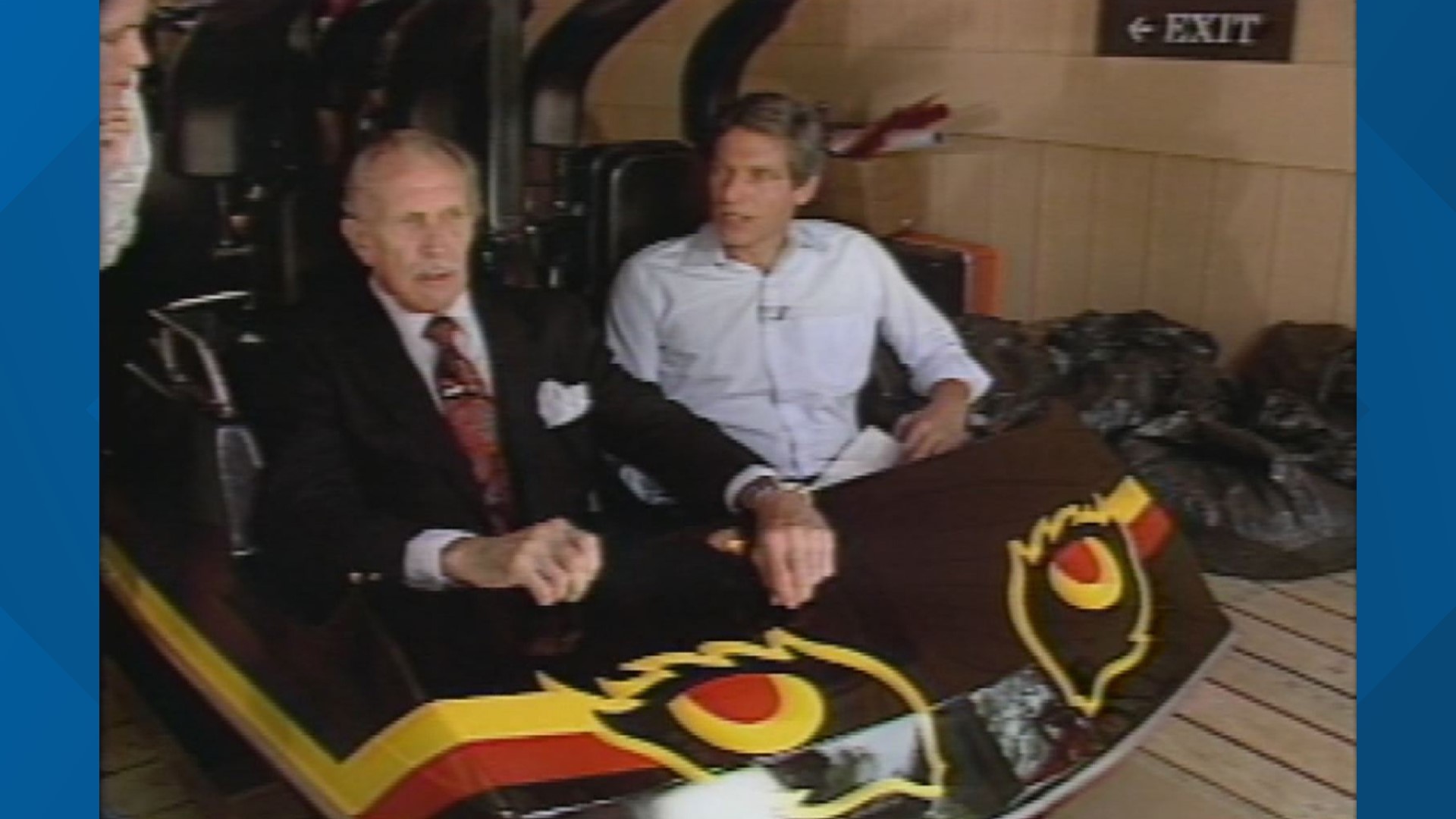 WILLIAMSBURG, Va. — Gone, but not forgotten.

It's been 10 years since the last time we were able to ride at the speed of fright: Busch Gardens Williamsburg's iconic Big Bad Wolf roller coaster shut down for good on September 7, 2009.

Developed by Arrow Dynamics, the Big Bad Wolf had thrilled park guests for a quarter-century.  In fact, the 2009 season at Busch Gardens began with the park celebrating the Wolf's 25-year milestone.

The ride, with its sleek red track and suspended black cars, had become one of the highlight attractions at Busch Gardens, perhaps second only to the Loch Ness Monster. Riders would be steered through a Bavarian village, narrowly missing buildings before finally taking a final steep, 100-foot drop down to the park's Rhine River.

But in July of 2009, the park announced the 25th year of Big Bad Wolf would be its last. Park officials said it had reached the end of its service life and would need to be replaced.

While beloved by many, the ride was high-maintenance.  Its 1984 opening was delayed because its final drop went too fast and posed the risk of injuring riders. Despite not being ready in time, the park still held a grand opening on June 25 of that year, with its guest of honor, actor Vincent Price (for years Price would use his unmistakable voice for the park's commercials).

Going through our archives, we found some stories on the anticipation -- and delays -- of the Big Bad Wolf:

The ride would finally open to the public on July 1, although frequent malfunctions often meant the ride was out of service. But despite these initial hiccups, the Big Bad Wolf would quickly become a park favorite during its 25-year run.

Ten years after its closing, Big Bad Wolf lovers reflected on what the ride meant to them on fansite BGW Fans:

But if there is a silver lining to the last howl of the Big Bad Wolf, it's that its eventual successor, the multi-launch coaster Verbolten, is just as popular with visitors.

Several features of the ride contain homages to the Wolf, perhaps most notably that final drop down to the Rhine remains intact, giving riders a final thrill before pulling back up to the boarding station.

RELATED: 20 years ago, Fabio got goosed at the Apollo's Chariot opening at Busch Gardens