It's the first time Violet Mackrizz has been seen since Thursday, when she disappeared while leaving home for work. 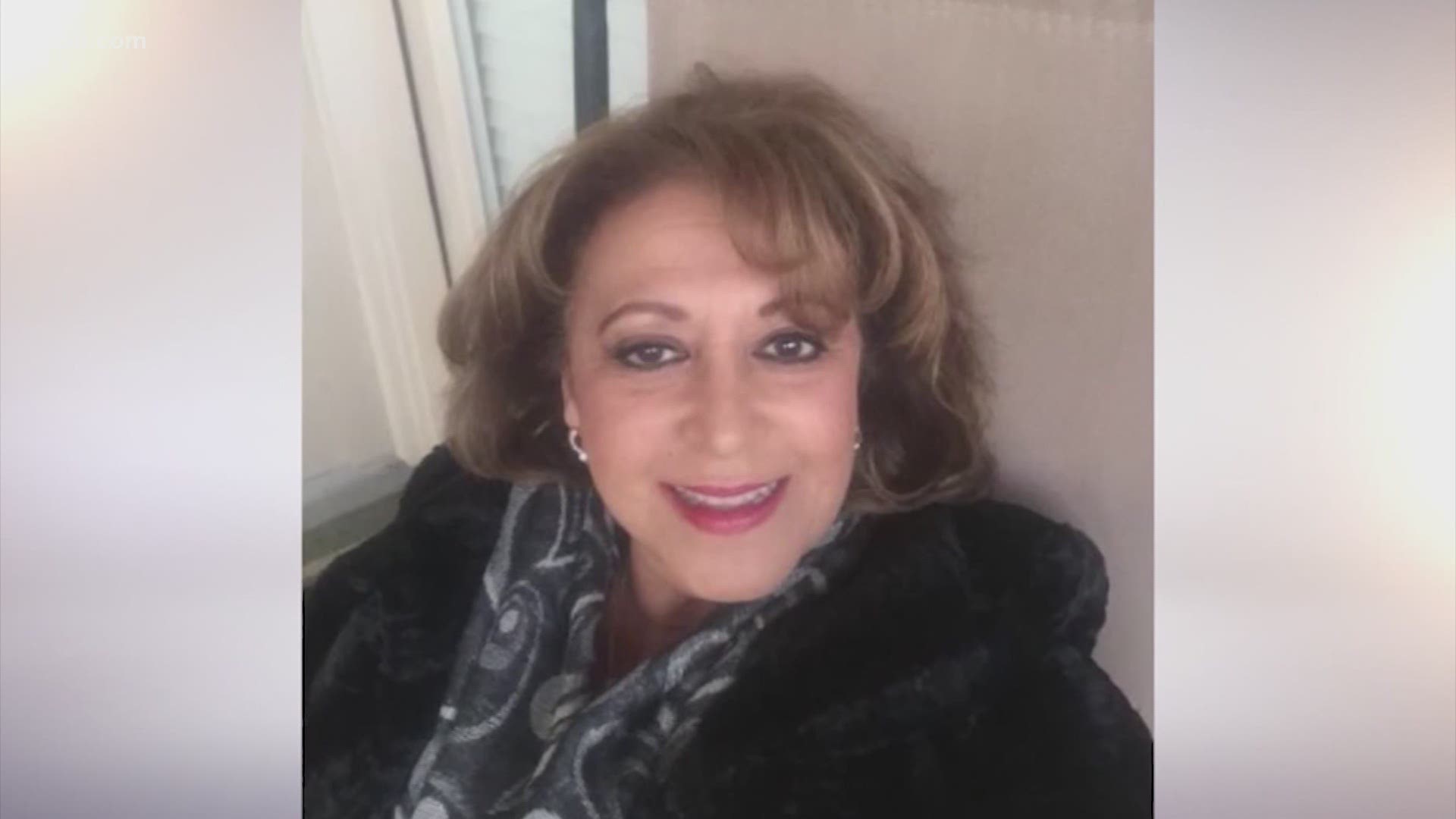 An ambulance took her to the hospital Saturday after she was found unconscious in the backseat of her car in the Lake Charles area, her brother Juan Mackrizz said. He added she had been taken to St. Patrick's hospital.

Details regarding who found the 59-year-old northwest Harris County resident and why she was in another state have not been released.

Update: 59-year-old northwest Harris County resident Violet Marie Mackrizz was located safe and sound. Thank you for your concern and for helping get the word out.

Her son, Ed Mackrizz, later went to Facebook to say his mother had been found alive although her current condition has not been confirmed.

#Breaking @TexasEquuSearch says Violet Mackrizz has been FOUND and is being taken to the hospital. He could not give me a word on her condition. They said they began searching in the area near where her car went through a toll on the Sam Houston Tollway. @KHOU #khou11

Violet Mackrizz was last seen Thursday, Dec. 3, at her home in the Park At Glen Arbor neighborhood just south of Tomball.

It was confirmed Saturday the family had hired a private investigator and Texas EquuSearch had also started looking for Violet Mackrizz.

She was scheduled to go out and show homes, co-workers said. Her family members and collogues grew worried when she wasn't answering her phone.

"We’re all relieved. It's unfortunate that it happened, but glad she's safe," HAR Chairman John Nugent said. "That’s the power of social media today – we can get the message out so fast."

The case is being investigated by the Harris County Sheriff's Office.