Blake Meaux says the billboard he paid for was taken down while other political ads continue to play on the digital billboard on I-45 and FM 1488. 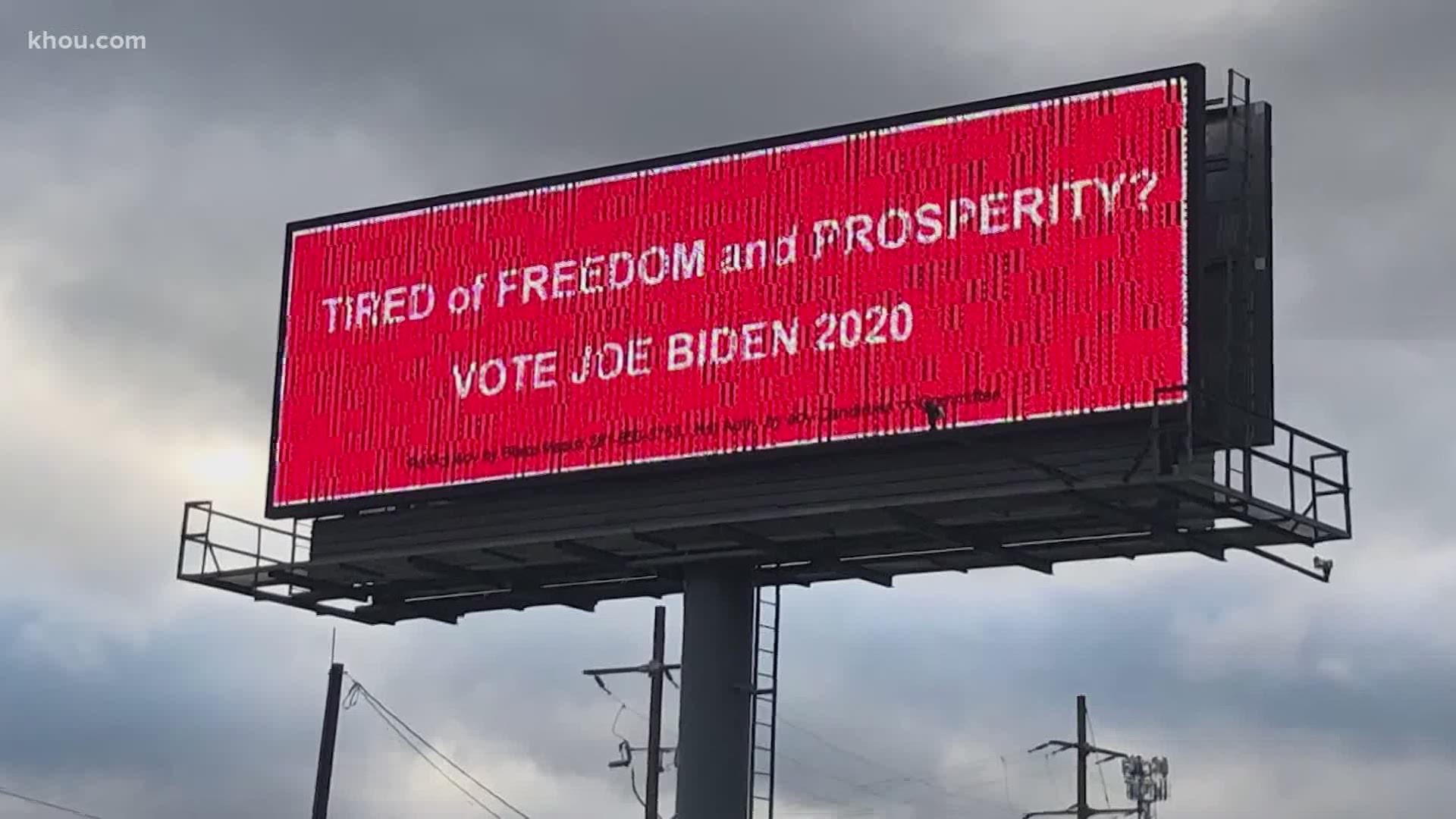 MONTGOMERY COUNTY, Texas — Political signs seem to be popping up everywhere these days and they serve as a reminder we are just days away from a heated presidential election.

“Every day, I drive to work and every day I drive home and see this billboard up and ... a lot of Joe Biden ads,” Blake Meaux said.

Meaux paid to put up a pro-President Donald Trump ad and it was put up on a digital billboard off I-45 and FM 1488 in Conroe. He said it started running, but then quickly taken down.

“When I got the email, I was pretty upset about it at the time,” Meaux said.

Frustrated, Meaux turned to Facebook to share the email from the billboard’s owner. The email said they received negative feedback and decided to take it down but would issue a full refund.

“We are trying to fight back, get the word out that voters are being suppressed in their advertisements in Montgomery County," Meaux said.

Getting the word out on social media led to cyberbullying, according to Walter Owen, of Triple O Outdoor. He told KHOU if someone wants to run a traditional vote for Trump ad, he’ll run it on his billboard, but he wouldn’t directly say what caused him to take the ad down.

"What he is trying to do is bully me into putting up what he wants," Owen said. “We made a mistake by putting it up in the first place.”

There are still political ads running on the billboard. Some for Joe Biden, one for a local Republican candidate and another congratulating Supreme Court Justice Barrett. There was another ad the company said it took down, saying "Hate will not make US great," attacking Trump.

Two sides to a story, that’s playing out for anyone who drives by to see.

“So, I’ll let the people be the judge,” Meaux said.