"I would just like to say, job well done," said Chief Brannon. 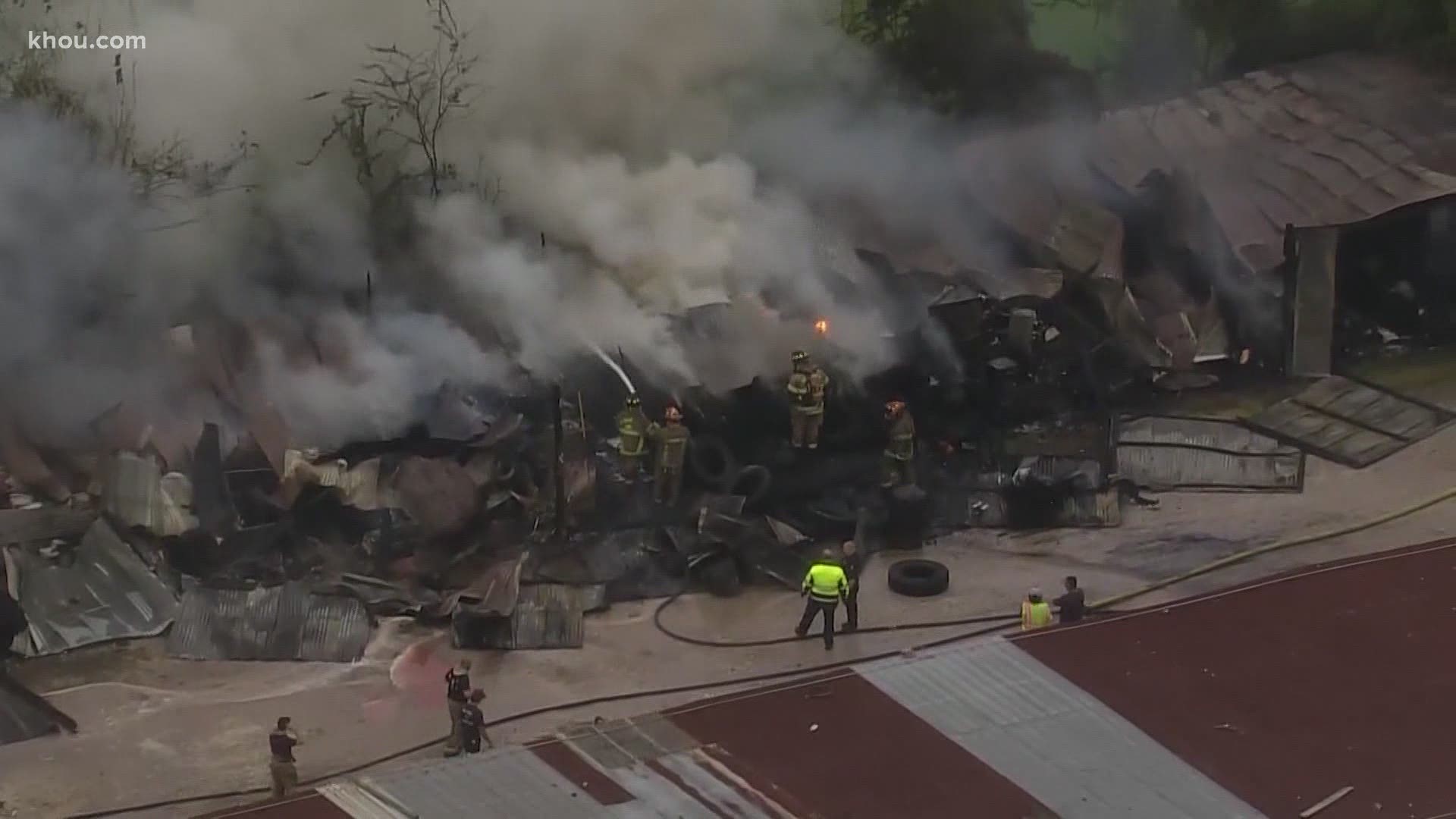 PASADENA, Texas — A family is thanking firefighters and good Samaritans after a storage facility located next to their Pasadena home caught fire Thursday morning.

Pasadena Chief Fire Marshal David Brannon made sure to thank the three good Samaritans who he says helped save a family of six from a storage facility fire located on the 2000 block of Allen Genoa Rd.

"I would just like to say, job well done," said Chief Brannon. "Anytime someone can step up, make those initial phone calls, not necessarily fight the fire, but get the firefighters en route in a timely manner, it really is going to change the dynamics of the outcome."

Among the three men who helped, was Andrew Baker.

"I was driving by, I was on my way to stop by my parents, I was getting off from work and when I was coming through, I could see the smoke and smell it, and then when I came through here, that's when I saw the fire,” said Baker.

Andrew said he called 911, and the two other men he was with banged on Maria Camberos front door to get them out before her mobile home, which is located right next to the facility, caught fire as well.

Camberos, her four daughters and one her granddaughter, ages ranging from 22 to 1 year old, credited the three men, and Pasadena firefighters, for saving her family’s life and home.

"I'm happy everyone is safe. Thank you very much,” said Maria Camberos.

Firefighters said it took two hours to put out the storage facility fire, which started just after 6 a.m.

They said inside some of the units were tires and even propane gas which fueled the flames even more. In total, 24 units took on damage.

The cause of the fire is being investigated.

This morning this storage facility in @Pasadena caught fire — living in a house next to it — Maria Camberos, her 4 daughters & granddaughter — they credit Pasadena Fire & 3 good Samaritans for saving their lives (calling 911, 1 knocked on door to get them out) #khou11 #htownrush pic.twitter.com/vO0S084BR3