Police say the suspects followed the victim after he left a bank and attacked him at his business. 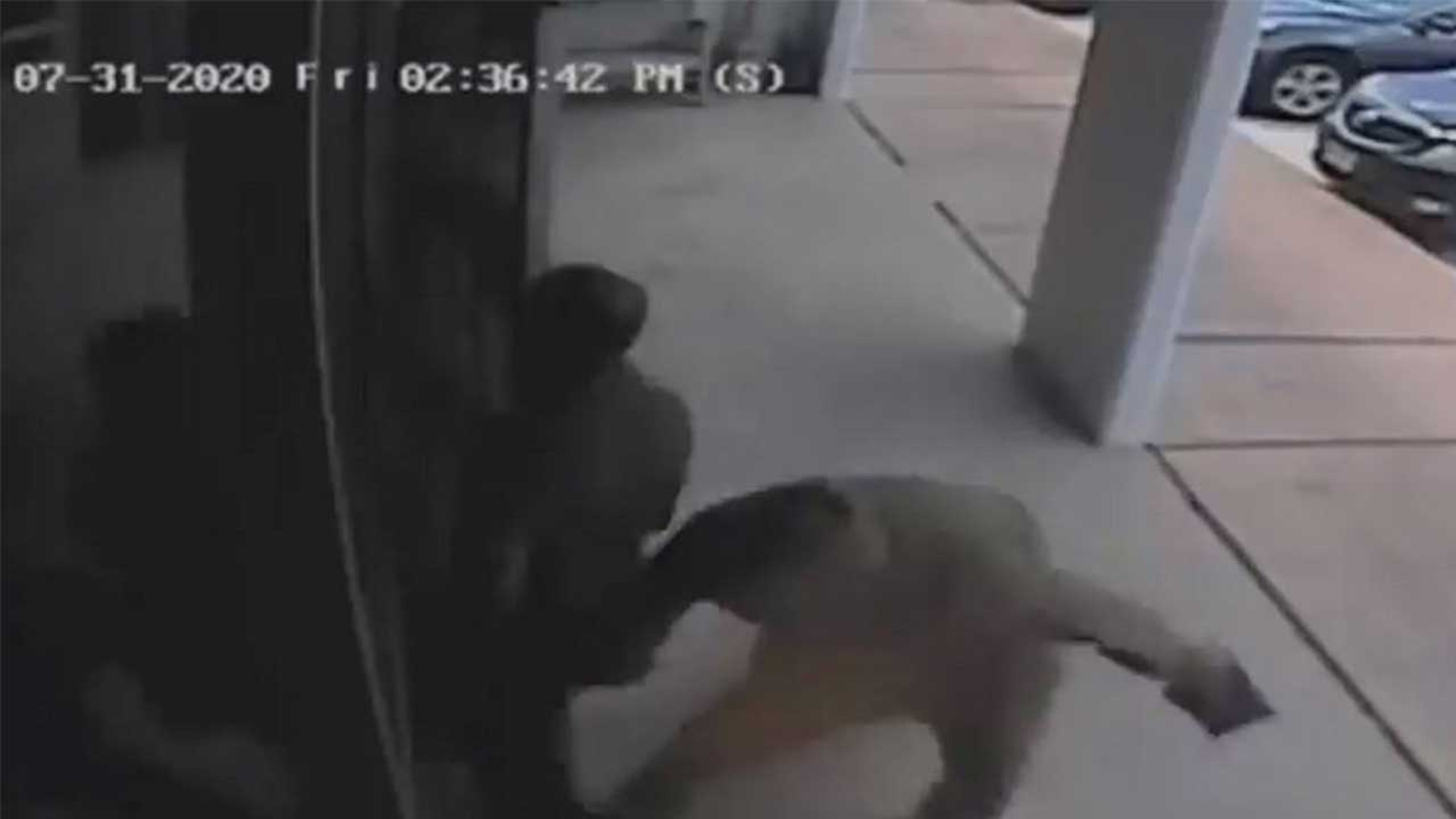 HOUSTON — A man was the victim of a "jugging" and Houston police have video they hope can lead them to two suspects.

It happened back on July 31 in southwest Houston. A man had just left a Bank of America in the 7500 block of Fondren and was heading back to work on Clarewood Drive. The victim says as he opened the door to his business, a man ran up behind him and grabbed his bank bag.

The victim said the suspect had a gun so he didn't chase after him.

Video shows the suspect get out of a silver Chrysler 300 right before the robbery and back into it after.

Police say the suspects followed the victim after he left the bank, a crime often described as "jugging," a term typically used to describe crooks watching an unsuspecting person go to an ATM or bank and take out cash, then following that person to another location and robbing them.

One suspect in the July 31 incident is described only as a Black man who was wearing dark clothing. The other suspect who was in the car is only described as male.

To avoid being the victim of jugging, Houston police say be aware and keep cash envelopes and bags out of sight, and if you're leaving banks with cash in envelopes or money bags, look out for cars, trucks or SUVs backed into parking spaces with the engine running and someone inside behind tinted windows with no front plates.