A Houston flight to Minneapolis took a terrifying turn when a passenger started screaming to be let off the plane. It happened when the flight was delayed and diverted due to another passenger in need of medical assistance. 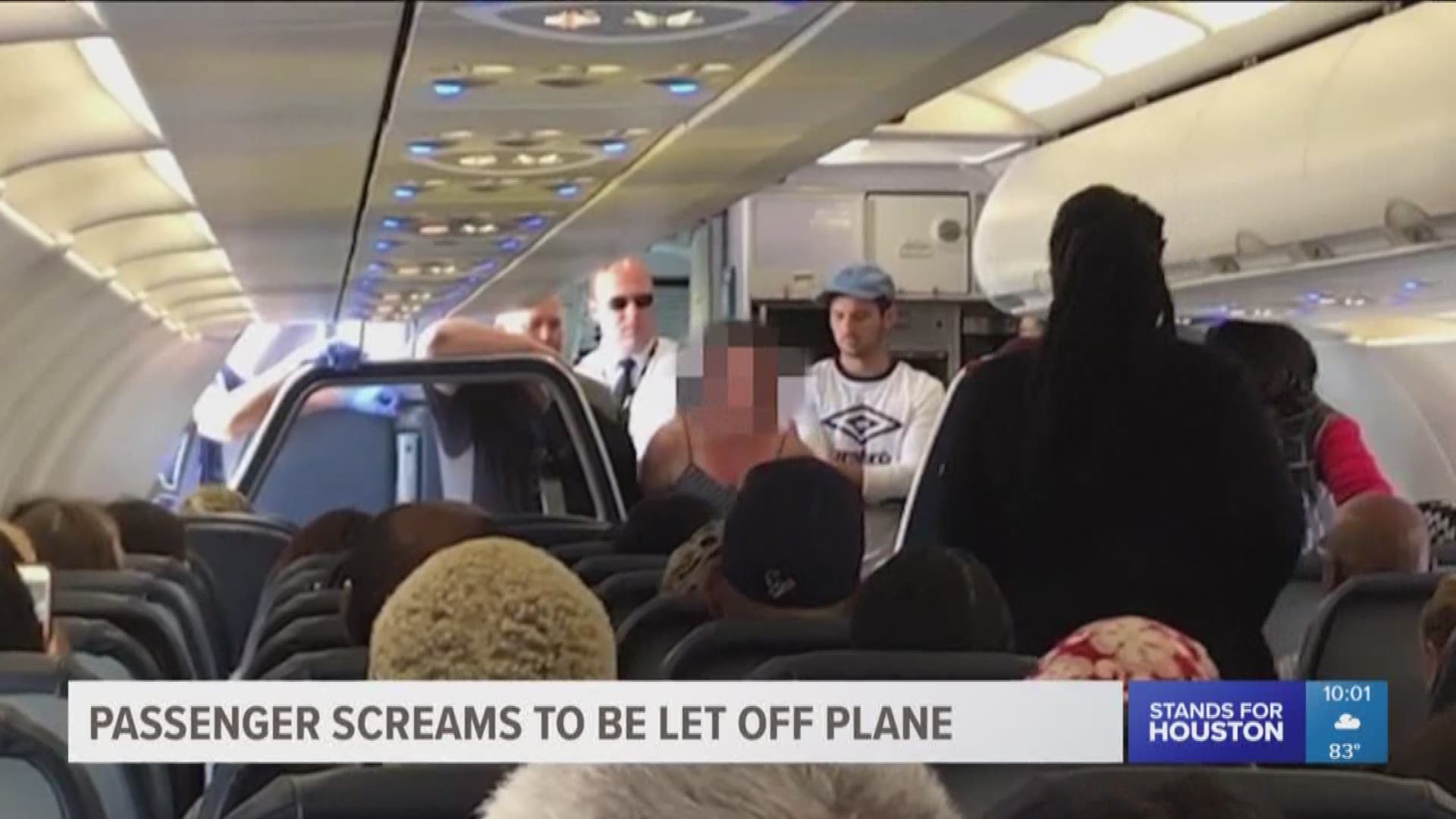 HOUSTON – After a Spirit Airlines flight from Bush Intercontinental Airport made an emergency landing in Rochester, Minn., a passenger became enraged.

Watching and recording from Row 14 of Spirit Airlines flight 346, Stephanie Calder all but panicked herself. She was afraid of an irate fellow passenger’s erratic outburst over an unexpected delay.

“I was thinking I need to protect my 15-year-old daughter (who was headed to Detroit for a volleyball tournament),” Calder said. “I (was just) worried (the angry passenger was) going to go even more irate and so I just put my back toward my daughter and shielded my daughter in case this woman decided to. I was one row behind the emergency exit door. Now, we were landed but who knows what this woman could have done.”

Their flight left Houston around 8 a.m. headed for Minneapolis. The Calder’s had a connecting flight to Michigan. However, about an hour after takeoff their plane diverted to Rochester, Minnesota because a man near the front of the plane needed a doctor.

“The attendant thought that he was just sleeping but he was actually in a coma,” Calder said.

When the plane landed, paramedics had to call police for back up.

“All of a sudden that’s where the lady came running from the back of the plane,” Calder said. “She started saying she’s not going to calm down and wanted off the plane and such.”

Police sent that passenger to a hospital for mental health evaluation after they were told she is a military veteran battling PTSD.

“That saddens me,” Calder said. “Now looking back at it all you just wish there was somebody on that plane (who) could have helped at that moment.”

Along with the man needing a doctor a third passenger got off the plane in Rochester, police said. That passenger was upset with how the airline handled the woman’s situation.

“This morning a flight from Houston to Minneapolis had to land in Rochester, Minnesota due to a Guest experiencing a medical emergency,” Derek Dombrowski, spokesman for Spirit Airlines said in a statement. “On the ground in Rochester, another passenger became erratic and irate and was removed from the aircraft with the assistance of law enforcement. We apologize to our guests who had to witness this and for the inconvenience of the delay. Safety (is) our top priority at Spirit Airlines.”