The student's mother has filed a complaint with the district but said they haven’t done enough to protect her daughter. 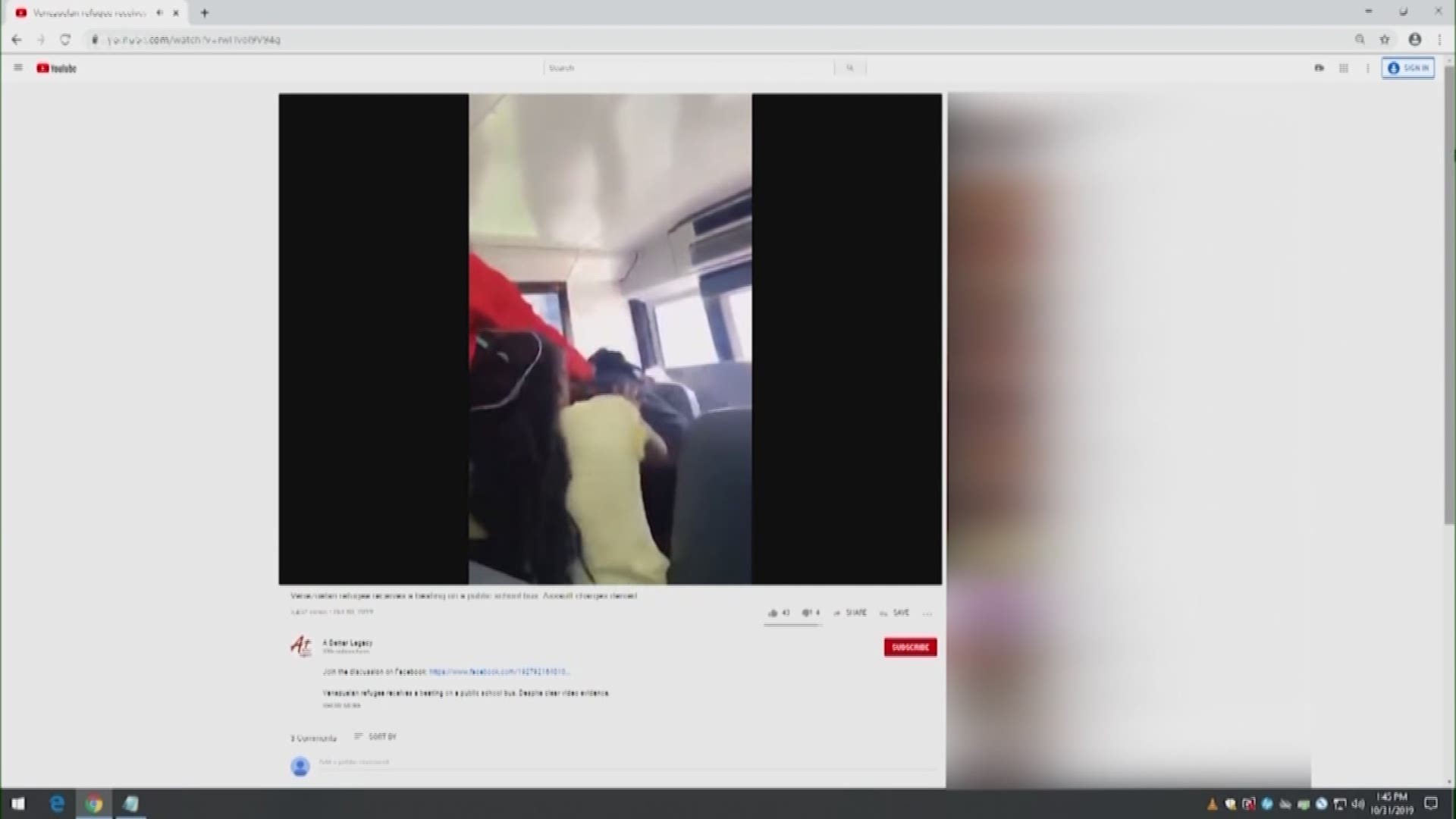 KATY, Texas — The mother of a Katy ISD student claims her daughter was bullied and assaulted on a school bus earlier this month.

Nardi Rojas has filed a complaint with the district but said they haven’t done enough to protect her daughter.

The incident was captured on cell phone video on Oct. 18.

“That was not a fight between kids. That was a direct attack," Rojas said.

KHOU 11 edited the video to protect the identity of the students, but you can see other students trying to stop the alleged attack on a 9th grader.

“That was horrible,” Rojas said. “I still see it, and I’m astonished, because I don’t know why this girl acted this way. I don’t know what she based her reasons to act this way.”

Rojas said her daughter was allegedly attacked by another student after speaking up when that student hit a boy on the bus.

Pictures show the aftermath of that alleged beating.

“If this girl would have gotten her, and my daughter didn’t curl up like she did, she would have really hurt her or maybe broke her nose or face. I don’t know. She would have done something worse," Rojas said.

Katy ISD officials said the student seen in the video throwing punches has not been on campus since this incident and has been disciplined according to school policy.

However, the district could not go into any more detail because of privacy concerns.

Rojas now fears that the girl involved in the alleged assault will be back in school.

The district launched a bullying investigation this week and Katy ISD Police has completed their assault investigation.

"The District is aware of the report concerning an allegation of an assault on a Katy ISD school bus. Katy ISD campus administration and police immediately investigated and administered disciplinary consequences pertaining to that report. While FERPA protects the privacy of students involved in both open and closed investigations, campus and District staff take great care in ensuring families are well-informed about policy and procedures. Any concerns families have about investigations should be directed to their campus, school district or Katy ISD police.

"With that said, the safety and well-being of all Katy ISD students is of the upmost importance on every one of the District’s campuses. Any behaviors that may threaten the safety of any child are not tolerated. As such, students determined to be involved in such activity face swift disciplinary consequences in accordance with the Katy ISD Discipline Management, Student Code of Conduct and law enforcement."

The district said all of their evidence has been turned over to the Harris County District Attorney’s Office and they will decide whether or not to press charges.

A representative of the DA’s office said they can’t comment on a case involving a juvenile.

RELATED: HISD combats bullying with 'No One Eats Alone Day'