VERIFY: Can a felon legally have a gun in Texas?

KHOU 11 was able to Verify that Texas Penal Code Sec 46.04 allows for a person with a felony conviction to possess a firearm on the premises where he lives, five years after the disposition of his conviction. 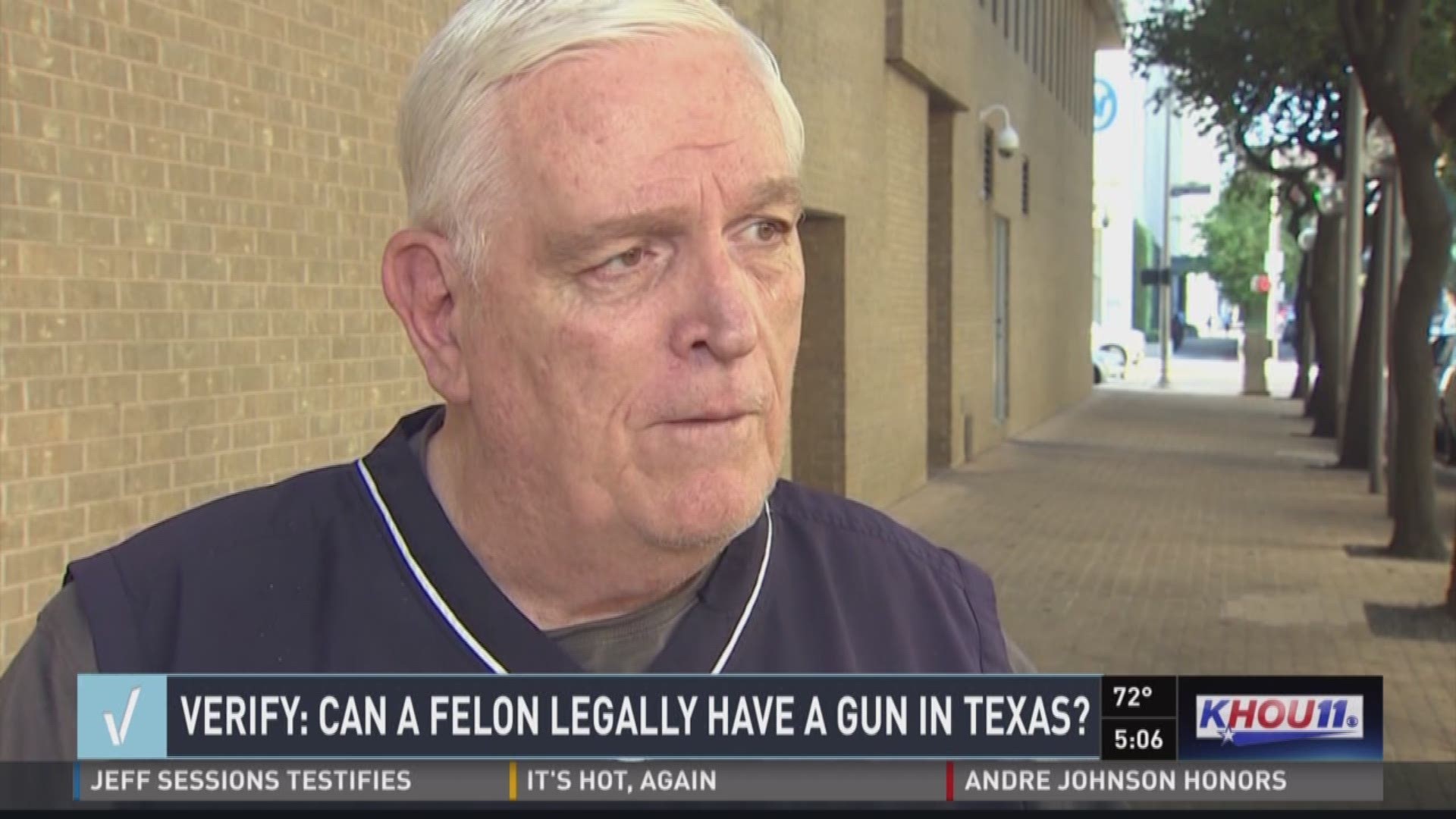 Nine Days after the mass shooting in Sutherland Springs, a viewer sent an email to our Verify Team regarding gun possession by convicted felons in the state of Texas.

“Given that Texas is a pro gun and hunting rights state, is it true that a felon can possess a gun in his own home (for self-defense) or on his property (for hunting) whereas federal law completely prohibits gun possession by a felon? And is local law enforcement bound by state or federal law when assessing a situation as this?” - Denise Bashamer

KHOU 11 was able to Verify that Texas Penal Code Sec 46.04 allows for a person with a felony conviction to possess a firearm on the premises where he lives, five years after the disposition of his conviction.

However, federal law does not allow for a convicted felon to possess a firearm under any circumstances, unless he has been pardoned.

Treece says he would not advise a convicted felon to subscribe to the Texas statute alone and possess a gun, but says the felon should consult a lawyer to proceed with the process of applying for a pardon.

“They think it says they can have a gun in their possession as long as it’s been five years, for self defense,” Treece said. “I think even if that’s true, it’s trumped by federal law.”

It is virtually impossible for a convicted felon to purchase a firearm through legal means by a licensed gun dealer.

“Assuming a licensed dealer is doing their job, I’m not going to say it’s never happened before, but it shouldn’t ever happen,” said League City’s Arms Room director of operations Travis James.

James says the so-called “gun-show loophole” allows for nearly anyone to purchase a gun from a private dealer who is not required to perform an FBI background check before selling a gun.

James encourages private sellers to perform their own background checks on gun buyers to help keep the weapons out of the hands of those who are not allowed to possess firearms.

Treece said he was unable to find any cases where the Texas statute regarding gun possession by convicted felons was ever challenged based on federal law.

“If you want to be the first, call me,” Treece said. “I might want to take the case.”