Police believe the driver of the Dodge Charger that flew off 45 at 288 was intoxicated and speeding. 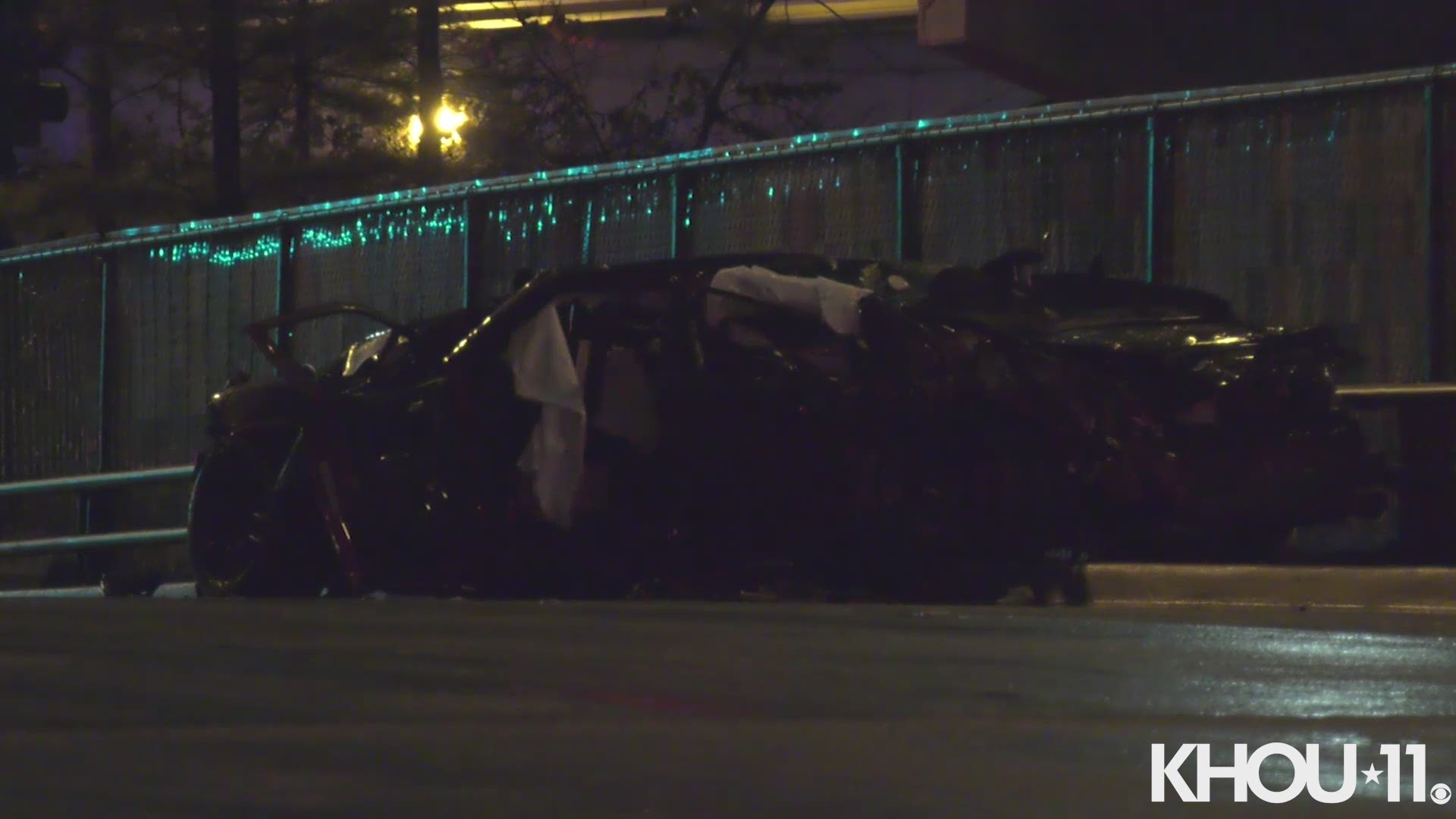 HOUSTON — One person is dead and another in critical condition after police say a Dodge Charger flew off the freeway early Saturday morning, falling around 100 feet to the ground.

According to Houston police, the driver of a Dodge Charger was speeding on I-45, trying to take the exit for 288 South at around 2:30 a.m. The car flew off the freeway, crashed into a tree, hit wiring, and – according to witnesses – rolled over several times.

The passenger was killed in the accident. Emergency crews were able to pull the driver out of the car and perform CPR.  That driver -- a man believed to be in his mid-20s -- was taken to Memorial Hermann Hospital in critical condition. If he survives, police say he'll be charged with intoxication manslaughter.

Police say tests show the driver was above the legal intoxication limit and will be charged with intoxication manslaughter.

While police were investigating this wreck, they say two other vehicles went through the barriers that were blocking traffic. Police believe at least one of those drivers was intoxicated.

"It’s just another example of how dangerous these roads are each night," said Sean Teare with the Harris County District Attorney's Office.

This is a developing story. As soon as we get more information, we'll post it here.