Car completely destroyed after crashing into building in downtown Houston

Houston police said at least one person was transported by ambulance, but the extent of their injuries has not been confirmed. 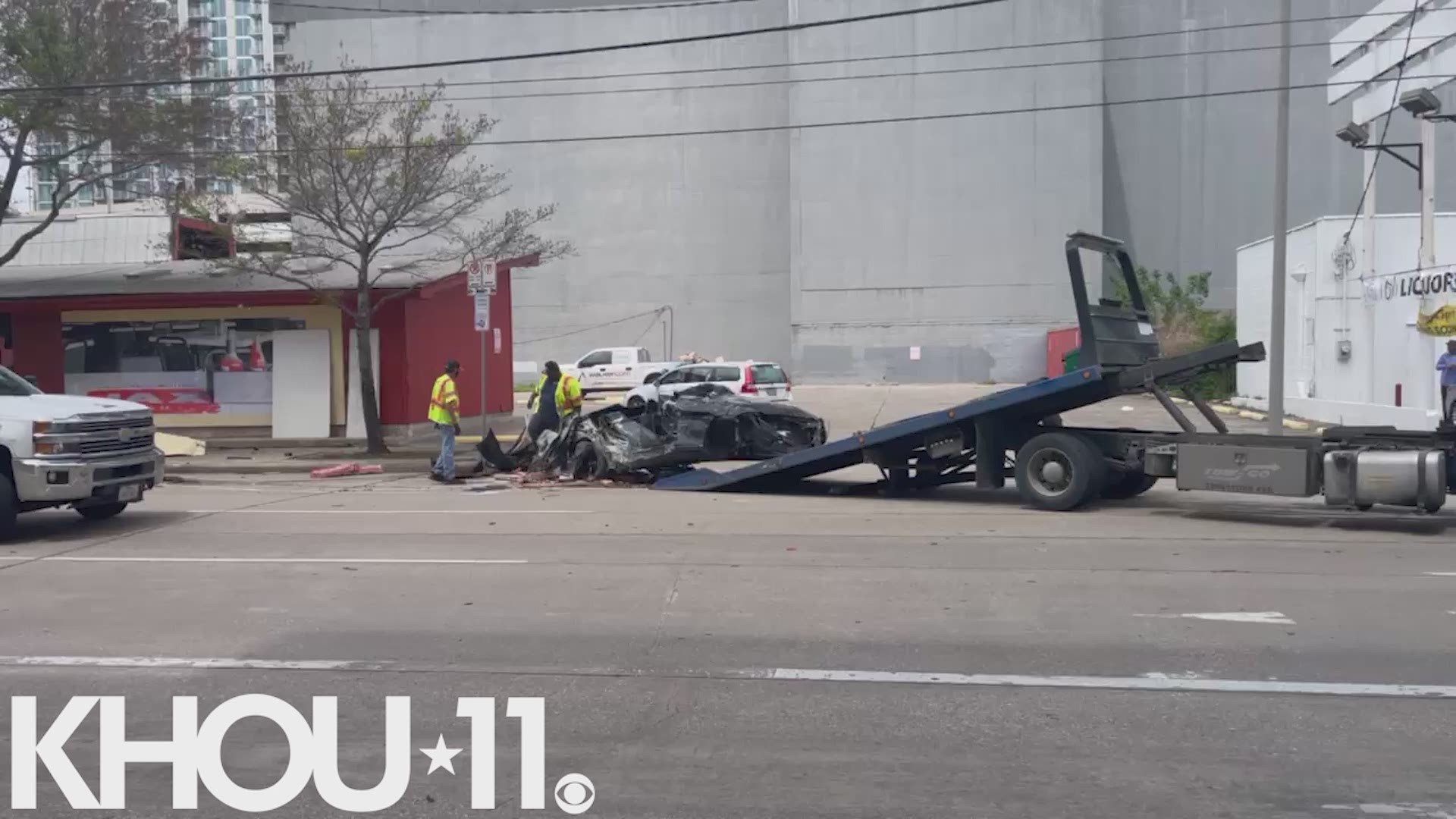 HOUSTON — At least one person was taken to the hospital Saturday after a vehicle crashed into a building in downtown Houston, according to police.

It was reported at 11:22 a.m. Saturday in the 1700 block of San Jacinto near Jefferson Street.

Images from the scene show a black car completely crumpled. Tow trucks were already removing the vehicle and police were blocking off the street.

A small brick building also showed immense damage. It's still unclear whether the building was occupied at the time of the crash.

Investigators believe the crashed car, which reportedly had two people inside, was the only vehicle involved in the crash.

The cause of the crash is still under investigation.