Guillen’s family is calling on Congress to pass the I Am Vanessa Guillen Act. It would provide an independent way to report sexual crimes. 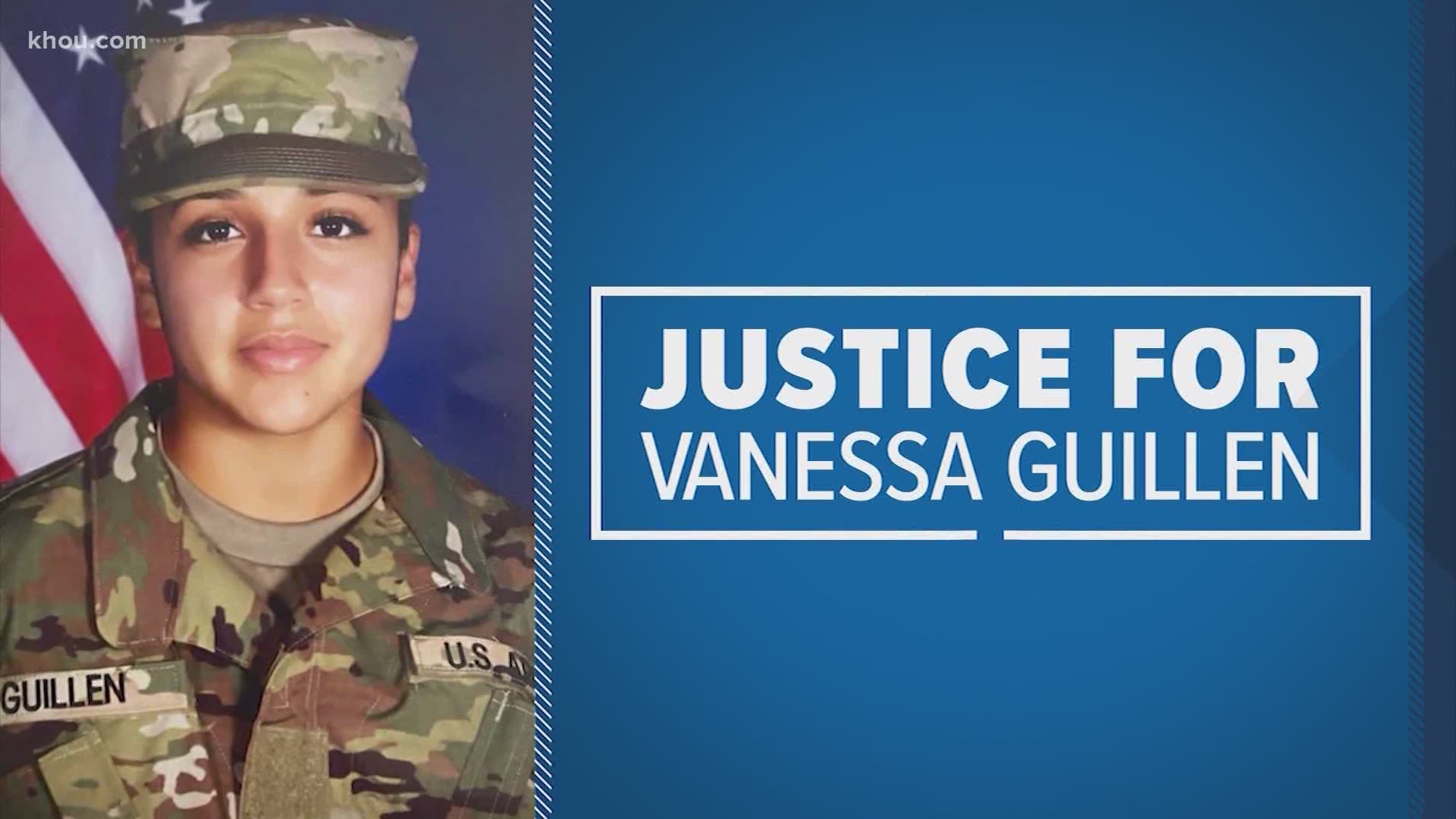 HOUSTON — The family of Houston soldier Vanessa Guillen said Tuesday was a step in the right direction in getting justice, but they are pushing for even bigger changes to ensure other soldiers don't suffer the same fate as Guillen, who was murdered at Fort Hood earlier this year.

“I do believe she’s proud of what we are doing," said Lupe Guillen, Vanessa Guillen's sister.

For the Guillen family, there’s finally some action with a shakeup at Fort Hood. Fourteen Army leaders fired or suspended after an independent review committee's finding made public.

“This report without a doubt will cause the army to change our culture," said Ryan McCarthy, Secretary of the Army.

The report made 70 recommendations, including overhauling the Army’s S.H.A.R.P. program designed to prevent sexual harassment and assault, making changes to Fort Hood’s Criminal Investigation Division, and implementing new protocols for when a soldier goes missing.

“I don’t think it went far enough but I think the panel did an excellent job of exposing the flaws in the fort hood process," said Col. Don Christensen, President of the nonprofit Protect our Defenders. “As long as the foundation of the military justice system is the command, we’re not going to get our hands around this problem."

Christensen is also the former Chief Prosecutor of the Air Force. Guillen’s family is calling on Congress to pass the I Am Vanessa Guillen Act. It would provide an independent way to report sexual crimes.

“If this is what she was meant to come to this world to, then we are going to advocate and keep pushing," said Mayra Guillen, Vanessa Guillen's sister.

Equally important, justice for the one person charged in connection to their sister’s murder.

“For the woman out there in jail, we are going to fight for Vanessa Guillen for you to stay in jail where you belong," Lupe Guillen said.

The House Armed Services Subcommittee meets Thursday. Houston Congresswoman Sylvia Garcia said she plans to ask the Army for more details on how they will implement these changes. So far, the Army has only set a timeline of March 2021.