Over the last two days Secretary of the Army Ryan McCarthy has met with soldiers at every level on Fort Hood to hear from them directly. 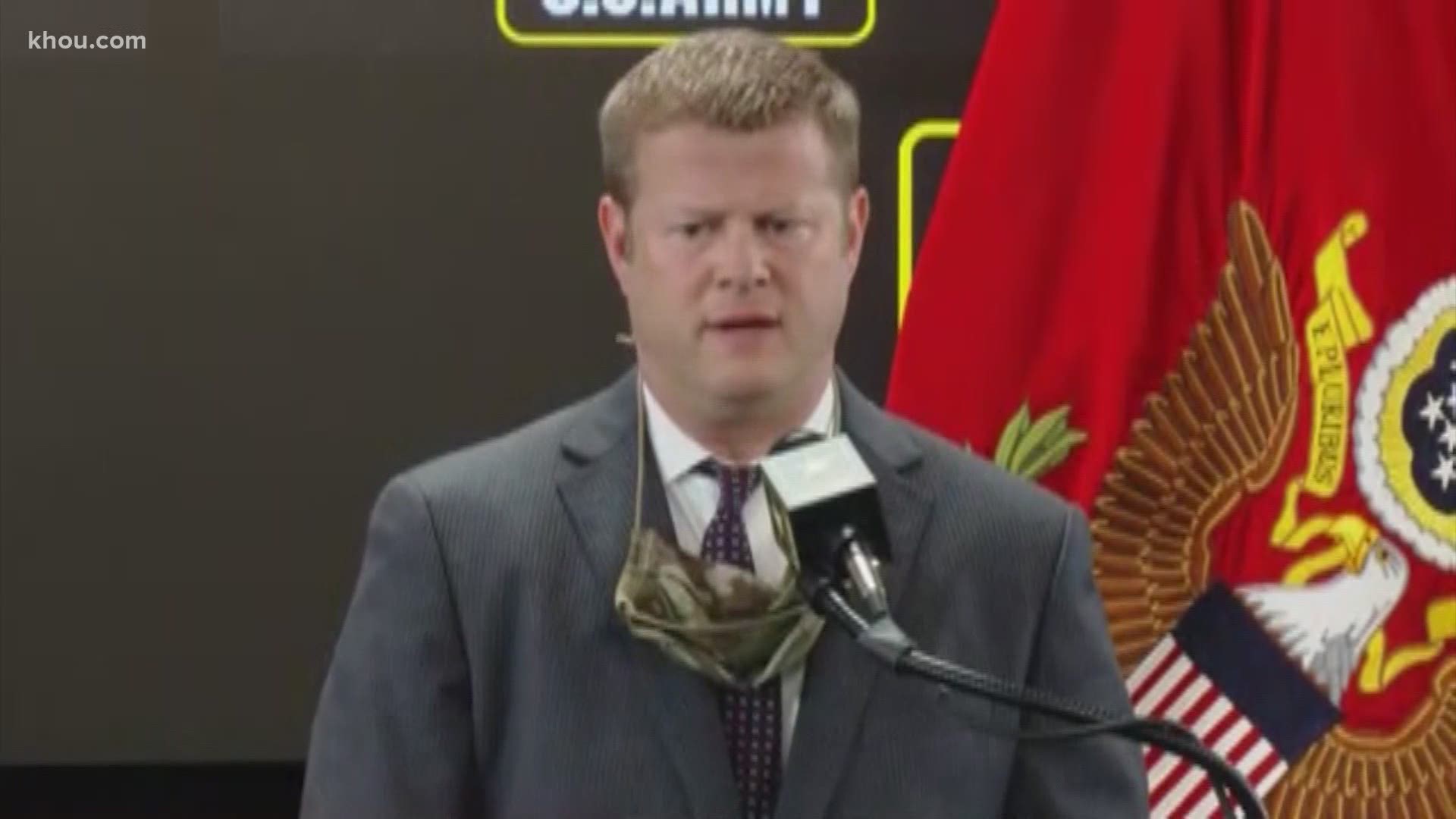 HOUSTON — The Army’s top official says the culture on and off of Fort Hood needs to be addressed.

It comes after the murder of Houston specialist Vanessa Guillen in April.

Her remains were found more than two months later about 30 miles from the post after she was reported missing by her family.

Over the last two days Secretary of the Army Ryan McCarthy has met with soldiers at every level on Fort Hood to hear from them directly.

“The Army is committed at taking a hard look at ourselves and in doing so there has been a reckoning,” McCarthy said.

He said Guillen’s death has been a catalyst in highlighting sexual harassment and sexual assault within the military.

“Vanessa was our teammate and we let her down,” McCarthy said. “We let her family down.”

The Army is still investigating claims from Guillen’s family that she told them she had been sexually harassed on Fort Hood by a superior.

However, McCarty said her story has served as a tipping point and inspired survivors to speak out.

“We must honor her memory by creating enduring change as one harassment and one assault is too many,” he said.

“The numbers are high here. They are the highest and most cases for sexual assault and harassment and murders for our entire formation, the U.S. Army,” he said.

The Army is rolling out Project Inclusion which hopes to address these issues as well as the lack of diversity, discrimination and suicide.

McCarthy said it may include making changes about reporting soldiers AWOL when they go missing.

He said the Army is determined to fix these problems.