Guillen will be laid to rest in the city she grew up in. 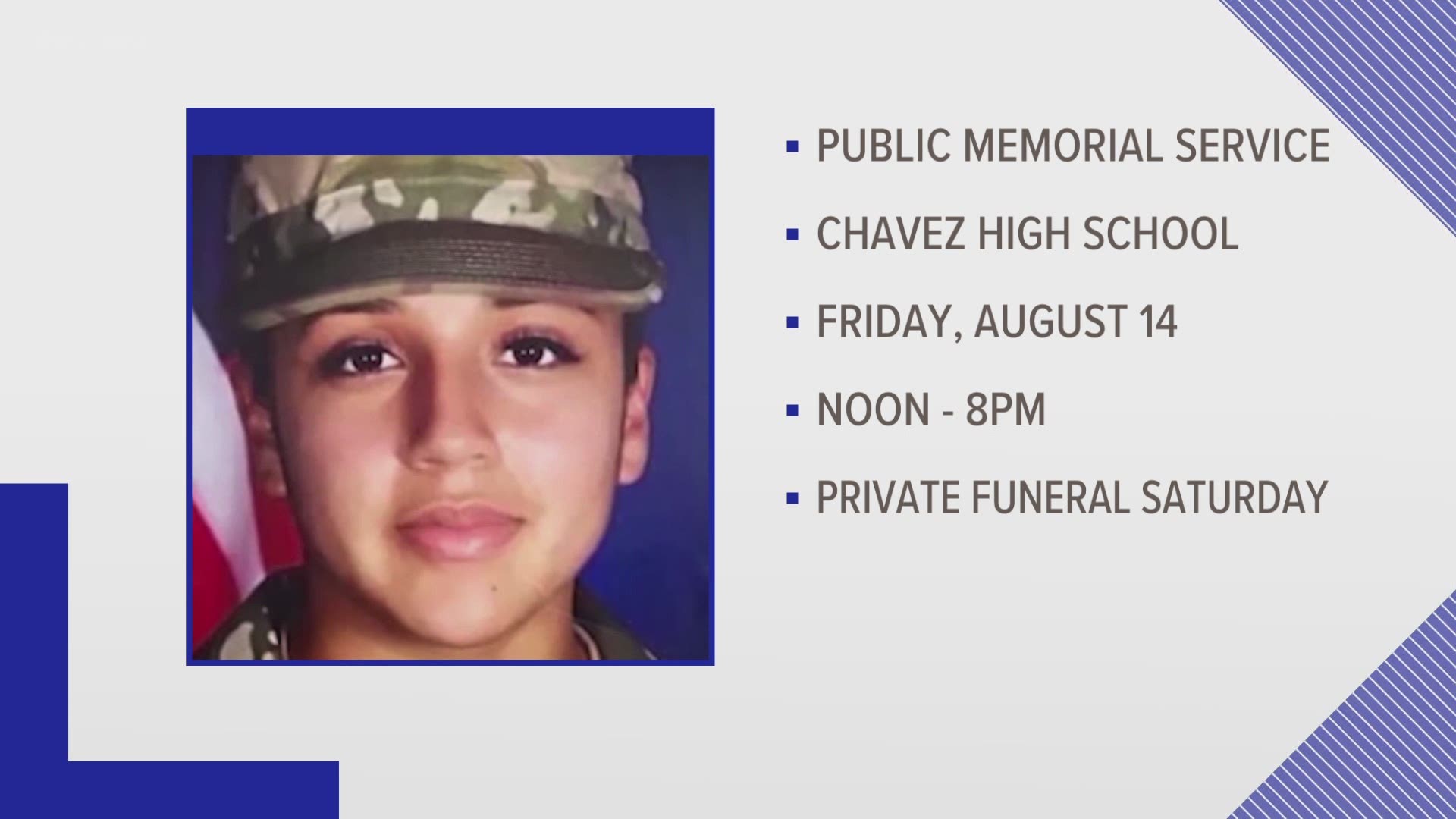 HOUSTON — Vanessa Guillen's memorial service will be held this week in Houston at the same high school she attended, according to the family's attorney, Natalie Khawam.

The Fort Hood Army Specialist will then be laid to rest at Forest Park Lawndale Funeral Home in southeast Houston.

Guillen disappeared from Fort Hood on April 22. Her remains were found on June 30, near the Leon River.