"Last year the military failed to protect Specialist Vanessa Guillen and countless others from sexual assault. Enough is enough." 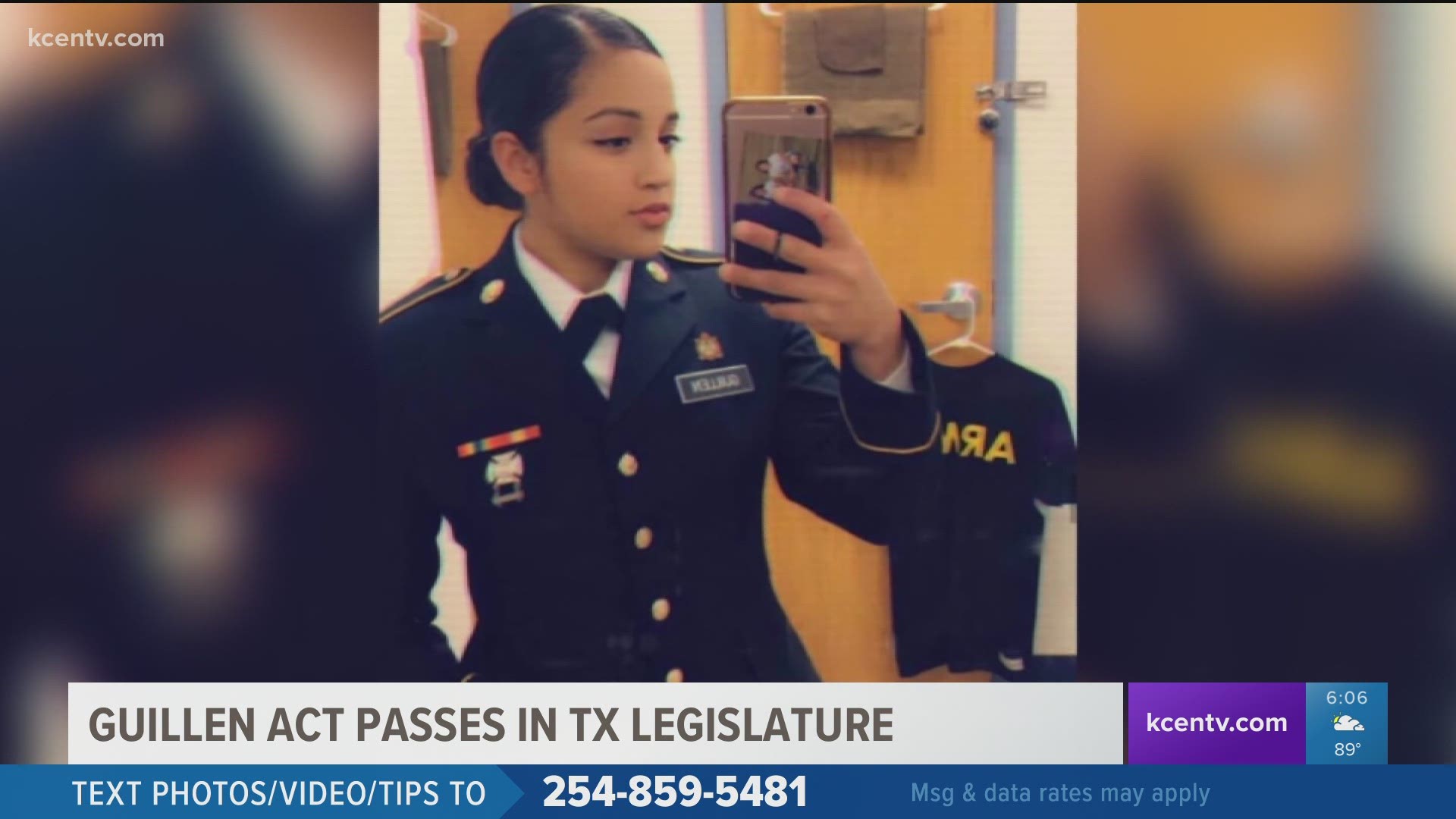 TEMPLE, Texas — The Vanessa Guillen Act, or Senate Bill 623, is headed to Gov. Greg Abbott's desk for final approval after both the House and Senate passed the bill earlier this week.

It was filed by Sen. Cesar Blanco around the one-year anniversary of Guillen's death. It aims to protect military members who report sexual harassment and sexual assault without fear of retaliation, lack of confidentiality or concern that nothing will be done.

"This landmark bill creates options for reporting and investigating military sexual assaults outside the chain of command and provides additional resources and protection for victims. The bill will put a stop to the culture of harassment, assault, and retaliation in our state military forces," he said in a statement.

Guillen was killed April 22, 2020 in a Fort Hood armory room by Spc. Aaron Robinson,  according to a FBI criminal complaint. Robinson, with the help of his girlfriend Cecily Aguilar, dismembered Guillen's body and buried the remains near the Leon River in Bell County, the complaint alleges.

Her body was found on June 30, 2020. Robinson shot and killed himself the next day. Aguilar was charged in the case and is currently awaiting trail.

Her alleged killer did not sexually assault or sexually harass Guillen, an Army investigation found.

The investigation found, however, that Guillen was sexually harassed by her superior and that her command was aware of it, but did nothing about it. In turn, this created a hostile and intimidating environment for Guillen, the findings say.

RELATED: REPORT | Vanessa Guillen was sexually harassed, but not by alleged killer, according to investigation into Fort Hood leadership

"Last year the military failed to protect Specialist Vanessa Guillén and countless others from sexual assault. Enough is enough," Blanco said in a statement. "It's clear that cultural changes are needed to protect our service members. The Texas Legislature stepped up. With Senate Bill 623, the Vanessa Guillén Act, Texas will lead by example in protecting our service members from sexual assault."

The findings also found that her unit, the Third Cavalry Regiment at Fort Hood, was improperly trained when it came to sexual assault and sexual harassment prevention.

While this tackles the state level, U.S. Congressmembers re-introduced the I Am Vanessa Guillen Act with the same goal of allowing sexual harassment and sexual assault victims to report it outside the chain-of-command in the military.

Watch all of 6 News' coverage on Vanessa Guillen in the playlist below.