Fernando Aragon is the artist who created this newest mural on Fuqua Street in southeast Houston. 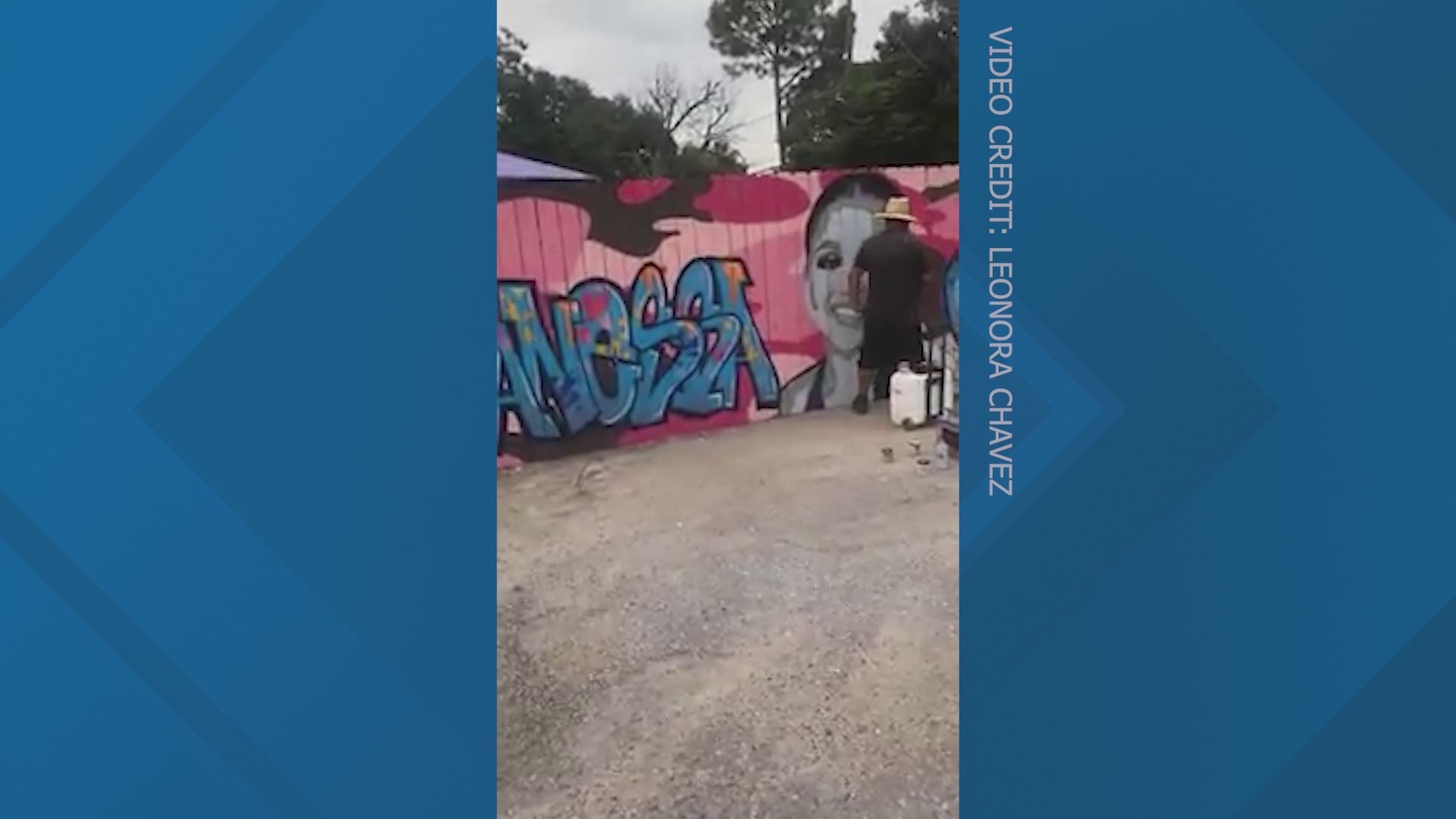 HOUSTON — Vanessa Guillen, the Fort Hood solider whose death has promoted nationwide outcries for justice, has been immortalized through several murals created in her honor.

Fernando Aragon is the artist who created this newest mural, which is in the 10500 block of Fuqua Street near Beamer Road in southeast Houston. It was shared with us by Leonora Chavez.

The mural features the Fort Hood solider a top a pink camouflage background and her name. It is one of many public artworks nationwide that have been painted in her memory.

Guillen's case has touched the hearts of millions and has renewed conversations about the treatment of women and the handling of sexual harassment in the armed forces.

For nearly two months, her family pressured investigators for answers while hoping she would be found alive. The search came to a tragic end in late June when remains were found and two suspects were charged.

The disappearance is still under investigation.