Verify: Is macadamia nut oil all it's cracked up to be?

The oil which is best consumed when cold pressed from macadamia nuts, is described as having a nutty, even sweet taste. It can be used to scramble eggs, roast chicken or bake healthy treats. 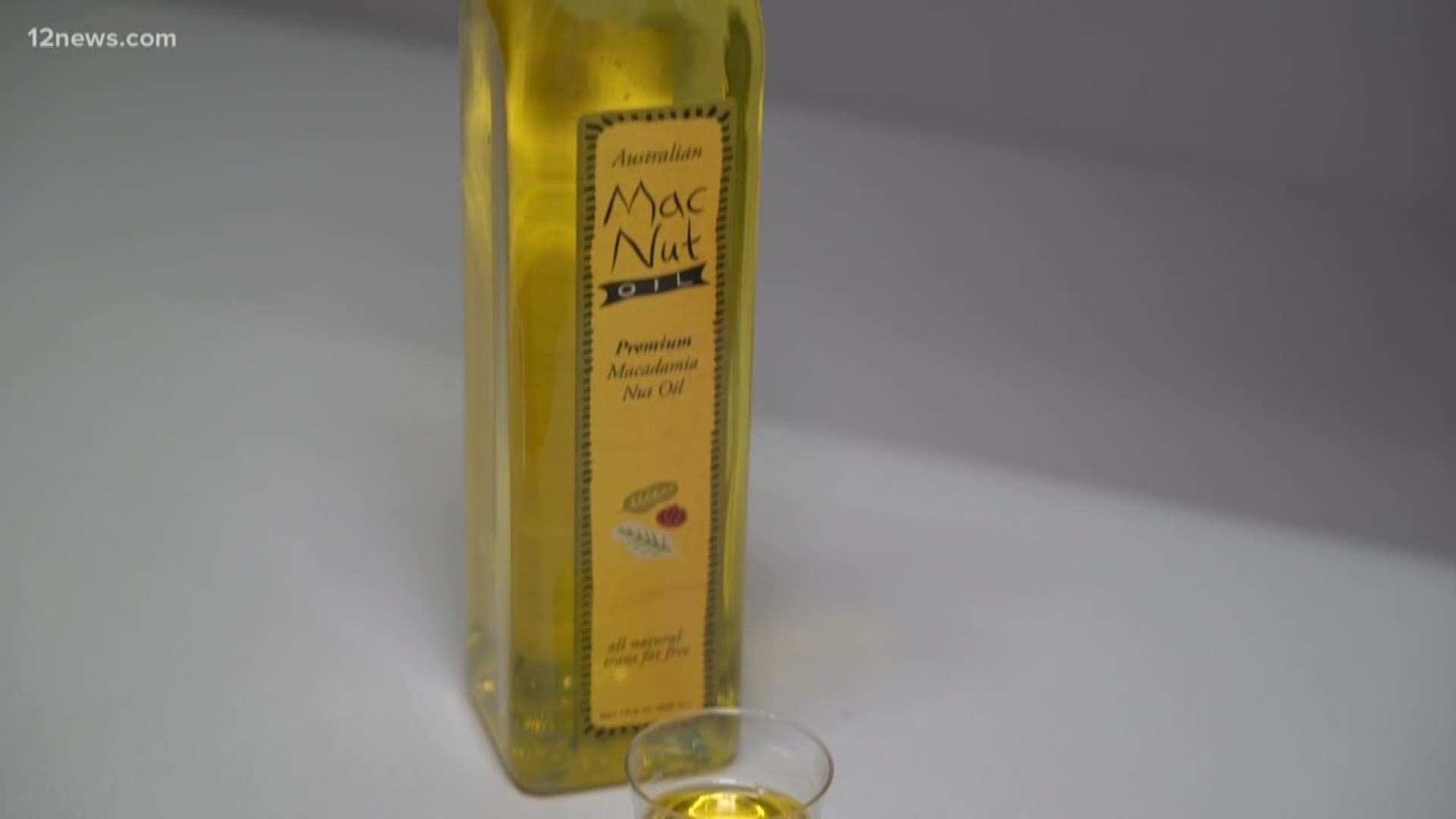 "If we can find a vegetable equivalent to butter that tastes awesome and has that same property, I think we could consider it liquid gold," McCallister said.

And that liquid gold, or macadamia nut oil, is popping up in more kitchens across the world.

"It's extremely similar to olive oil in the monounsaturated fat content and very low in saturated fat," she said.

The oil which is best consumed when cold pressed from macadamia nuts, is described as having a nutty, even sweet taste. It can be used to scramble eggs, roast chicken or bake healthy treats.

"If this is an equivalent thing to something more buttery, I'm dying to try it," McCallister said.

McCallister says she wasn't able to buy the oil before our 12 News interview because she couldn't find it an any local stores. So, she says your best bet is to head online to get your hands on the omega 3 loaded food source.

"When we have any chance to get more omega 3 in our diet, that's where we want to grab it and run with it," she said.

And macadamia nut oil is 40 times stronger than olive oil! That helps to prevent heart disease, inflammation and stroke, which could be associated with too much omega 6. We get a lot of omega 6's in vegetable oil and our American diet.

"I think that's the thing about trying new oils, it gets us home and cooking which we know is always better," she said.

So we can verify that macadamia nuts, which usually get a bad rap for being too fatty, are a healthy and even tasty mix to throw in your cooking routine. You may just have to click a few buttons to get that first bottle on your counter.

When comparing oil prices, McCallister says Canola oil is the least expensive at $0.10 an ounce. Olive oil is $0.25 an ounce. Avocado oil is $0.50 an ounce and macadamia nut oil tops the list at $0.75 an ounce.