'This was a teenager': Brittany Zamora's lawyer deflects blame after client sentenced to 20 years for sexually abusing student

"This was not between a young child and Brittany -- this was a teenager," Brittany Zamora's lawyer said after Friday's sentencing. 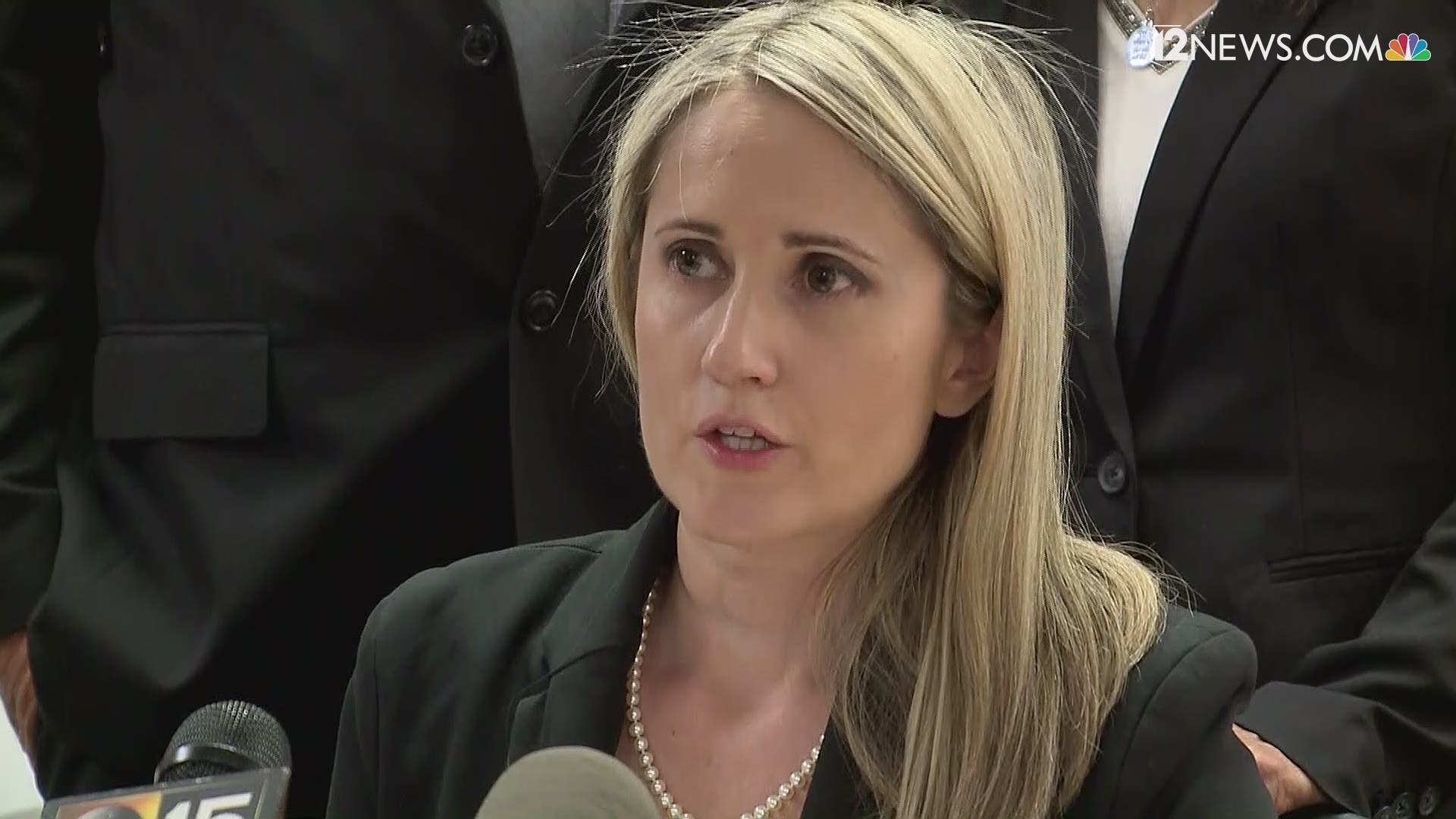 PHOENIX — The attorney who represented Brittany Zamora attempted to shift blame from her client Friday, just after the former Goodyear teacher was sentenced to 20 years in prison for sexually abusing her 13-year-old student.

Defense attorney Belen Olmedo Guerra spoke to reporters after the roughly hour-long sentencing hearing, during which the victim's family members delivered emotional statements through their lawyers.

"Brittany has been wrongfully portrayed by the state of Arizona and the press, and has even been called a monster," Guerra said, with Zamora's parents standing behind her.

RELATED: The Brittany Zamora story: A predator in the classroom

"I have represented Brittany Zamora for almost 16 months, and I can tell you she is not a monster. Brittany is not a predator and this was not between a young child and Brittany -- this was a teenager."

It was a stone-cold rebuttal to emotional testimony from the 13-year-old's mother and father that was read by attorneys in court.

"I hate you for what you did to my son," the victim's mother said in the statement read by John Osborne, adding that the boy doesn't know who he is anymore.

"I feel he'll suffer forever because of you," the mother's statement read.

The boy's father called Zamora a "disgusting human being" and said she "stripped everything from my son."

PREVIOUSLY: 'He’ll suffer forever because of you': Brittany Zamora sentenced to 20 years in prison after emotional hearing

"As a family, we will defeat you," the father said in a statement read by Attorney Russ Richelsoph.

"My son will grow up and have a good life."

While addressing the media, Guerra portrayed her client as the victim in this case, saying Zamora tried to get the teenager moved out of her classroom because he "had boundary issues and was obsessed with Brittany."

Guerra stressed that Zamora is "not a danger to society" and said the teenage boy had "many, many behavioral issues."

Guerra read a statement from Zamora following the sentencing, in which the former Las Brisas Academy teacher lamented that she was treated unfairly by the state and the media.

"It is shocking to me how others are so quick to judge based off hearing accusations from one side of the story," the statement from Zamora read.

"It was made clear to me that the state had already made their decision well before I was given the chance to prove my innocence in any way, shape or form."

"I'm here to tell you I'm not the monster the media has projected me to be. I am kind, generous, responsible and a caring person."