Brazoria County deputies got a call about 7 a.m. Tuesday saying Elijah Posana had been found just north of where he rescued his younger cousins from the rip tide. 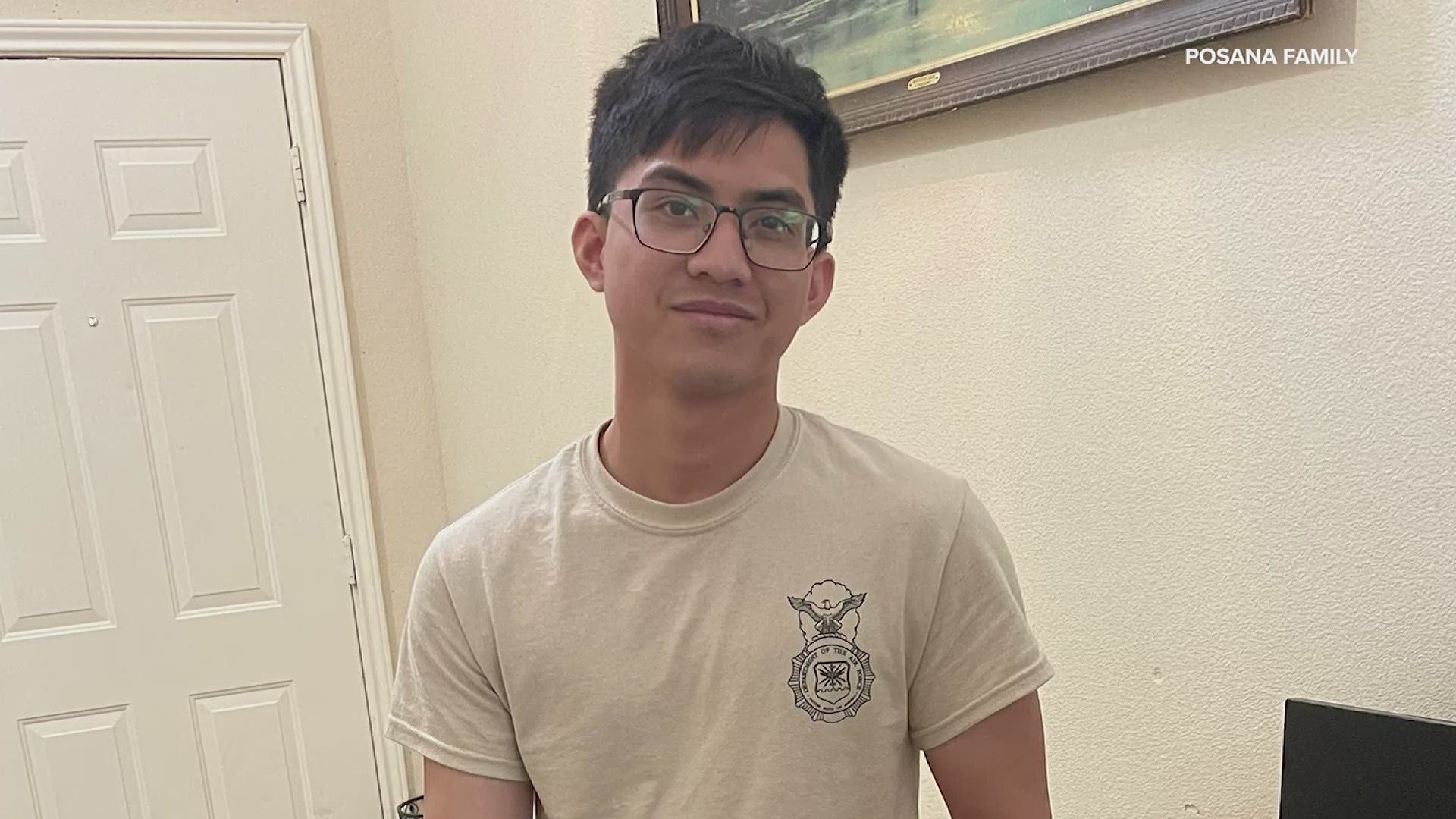 SURFSIDE BEACH, Texas — A father pulled his missing son from the waters at Surfside beach, bringing a heartbreaking end to the search for U.S. Air Force airman Elijah Posana, who disappeared over the weekend.

According to Elijah's cousin Ethan Posana, the U.S. Coast Guard began pulling back its search crews after days of looking for the 22-year-old Houston native. Elijah was visiting Surfside with family members when he jumped into the water to rescue his two younger cousins from the rip tide around noon Sunday.

Ethan said his cousin's parents had been crying and praying to God that their son would be found. Ethan said the family was exhausted but wasn't leaving until Elijah was brought home.

"Everyone we talked to told us Elijah would probably resurface two to three days later," Ethan said. "They said there's no way for us to find him, he could be all the way in Galveston by now....telling us there's no hope, we're pulling out."

The Brazoria County Sheriff's Office received a call about 7 a.m. Tuesday alerting them that Elijah Posana had been found between access points 3 and 4, just north of where he disappeared.

Elijah had been spotted in the water by his father as the family drove along the beach.

Before sunrise, the family was searching the beach Tuesday in a caravan of four vehicles when the car leading the charge came to an abrupt stop.

Elijah Posana's father, who was behind the wheel, jumped out of the car and rushed into the ocean.

"He runs to the water, and it looks like he's trying to drag something out of the water," Ethan said. "And everyone's going 'it's Elijah! It's Elijah! That's Elijah!'"

Ethan helped his uncle bring Elijah's body to shore. Elijah's father tried to administer CPR but his son was already dead, Ethan Posana said. According to the family, it took emergency teams nearly 45 minutes to arrive at the scene.

While the family is devastated the Coast Guard ended its search, but Ethan said he believes Elijah wanted to be found by his father.

"I think he wanted his dad to find him," Ethan said. "Because we had been looking, and the first thing his dad said when he found Elijah's body was, 'Son, I've found you.' And then he started thinking God that he found his son."

In remembrance of Elijah's spirit, cousin Evangilyn Froelich said the family will continue to remain strong.

Ethan said the two young family member Elijah saved are thankful for his actions. They ask that everyone keep his family, especially his parents, in their prayers.