The Metro Greenway apartment complex is dealing with an infestation of Mexican Freetail bats, according to the lawsuit. 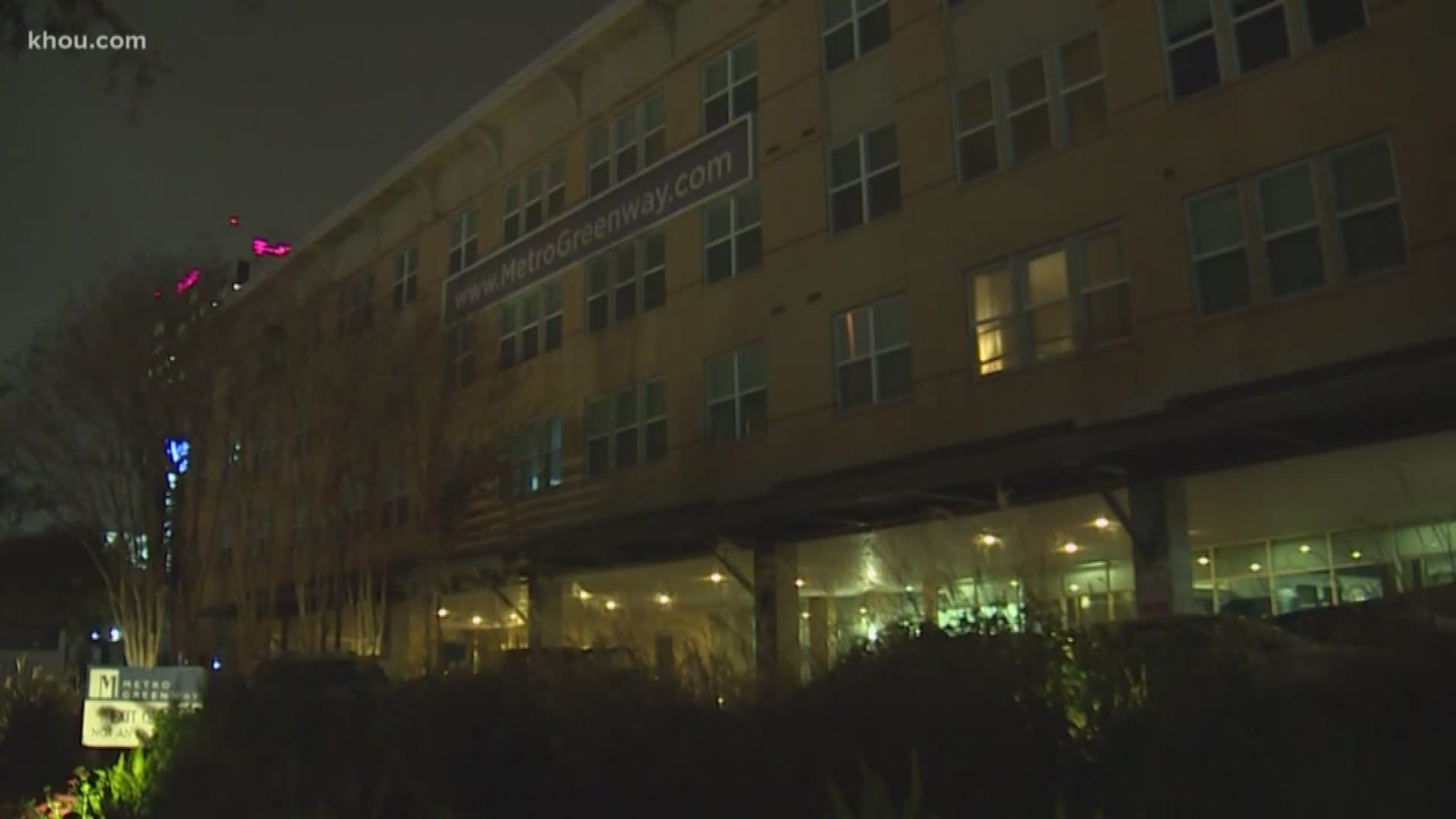 HOUSTON — A lawsuit was filed against a Houston apartment complex after a resident claimed her unit was infested with thousands of bats.

Nicole Standly said she woke up to bats flying around her bedroom on Jan. 19 at the Metro Greenway apartment complex off the Southwest Freeway.

"I told a couple of my friends, ‘You’re going to think I’m crazy, but I think there’s a bird flying around,'” Standley said. “But then the bird just disappeared.”

The next day, she said she saw it again and hid under the covers, extending her arm with her phone to take video.

“I realized it was a bat,” Standly said.

She said she called the apartment manager who instructed her to call animal control.

Standly said she was directed by animal control to call one of the bat removal companies on its website.

Standly said she grabbed her cat and closed the bedroom door as she waited for them to arrive.

Then, she said, another more aggressive bat appeared and swooped down at her cat.

"I ran out of the door,” Standly said. "No shoes, nightgown and a sweater.”

Houston Bat Removal said the wall of Standly’s unit is home to a colony of thousands of Mexican Freetail bats.

The company said there are more colonies throughout the property of Metro Greenway.

“They have to tell people that they have a problem,” attorney Robert Schwartz said.

Schwartz is representing Standly and potentially many other residents at the property who he says may be in danger.

The lawyer is seeking more than $1 million for what he believes will become a class-action lawsuit.

“They've got to tell people it’s not just that the bat could bite you, but that the guano is full of disease,” Standly said. "Bats carry disease and the guano carries disease.”

Schwartz claims most of the nearly 1,000 apartment residents need to evacuate for a significant period of time to receive medical monitoring and treatment.

Standly is being treated by doctors and her cat is still in quarantine.

“You can’t stay in that property,” Standly said. "And they would have to move her somewhere, at their expense, to put her up somewhere. And they’re going to have to do the same thing with everybody else in that five-story building. They cannot let people stay there.”

"On behalf of Metro Greenway, we are aware this resident has recently expressed concerns around this situation. Please know that we are, and have been, working diligently to address any concerns that have been brought to our attention. We hope to resolve this matter soon."