United Airlines is making some major changes at Bush Intercontinental Airport that will make traveling a lot more comfortable. 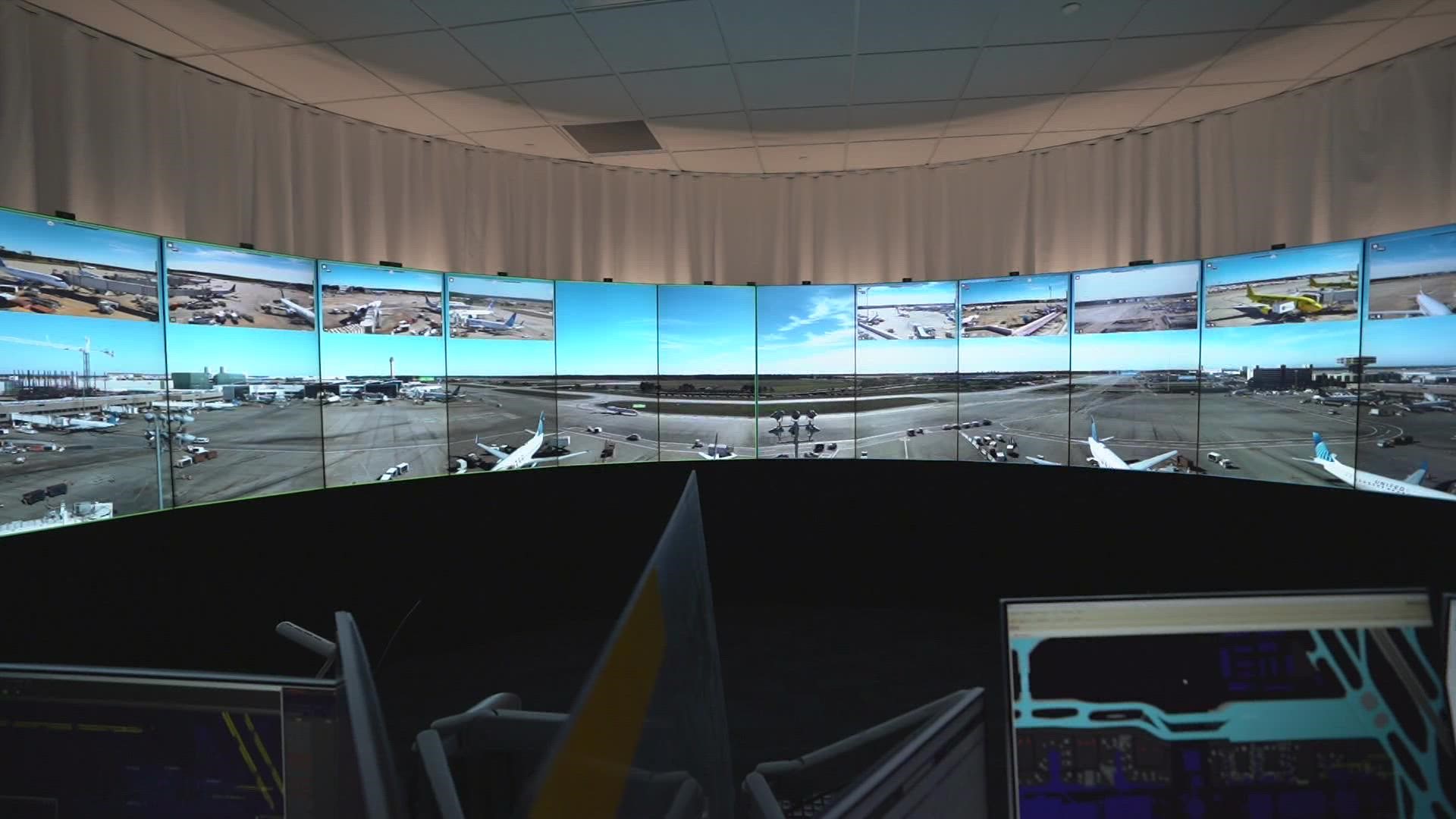 HOUSTON — Instead of talking about the usual lines and delays for Thanksgiving travel, KHOU11 News is showing you some of the changes that United Airlines is making at Bush Intercontinental Airport.

Operated by United Airlines, the virtual towers are made up of 45 cameras that watch all ground activity.

There was some hesitation at first.

“There was definitely skepticism from me,” United Airlines Manager of Surface Operations Daniel Reed said. “I mean ... is this actually going to work, replacing windows which are tried and true, with technology?”

Cameras watch all areas of the taxiway and help planes get in and out faster.

“The cameras themselves are actually 4K resolution,” Reed said. “Everything you see is happening in real-time. The purpose is to allow us to ensure the safety of all our equipment and our passengers that are arriving in our aircraft.”

When you get to any terminal, you want to know that your baggage made it, too. So, we checked in with Bill Watts. He’s the Managing Director of Ramp Operations and said a new bag system is being built that will greatly improve reliability.

“For the customer, it really means that they’re going to get to their destination with their bags with a much more consistent basis than they have ever in the past,” Watts said.

The new bag system is still a work in progress but about 75% of the program will be complete by next summer.

It’s hard to miss the construction and changes going on at Terminal C.

“At the end of the day, there’s a little bit of inconvenience right now but it’s going to build a better future for this airport,” he said.