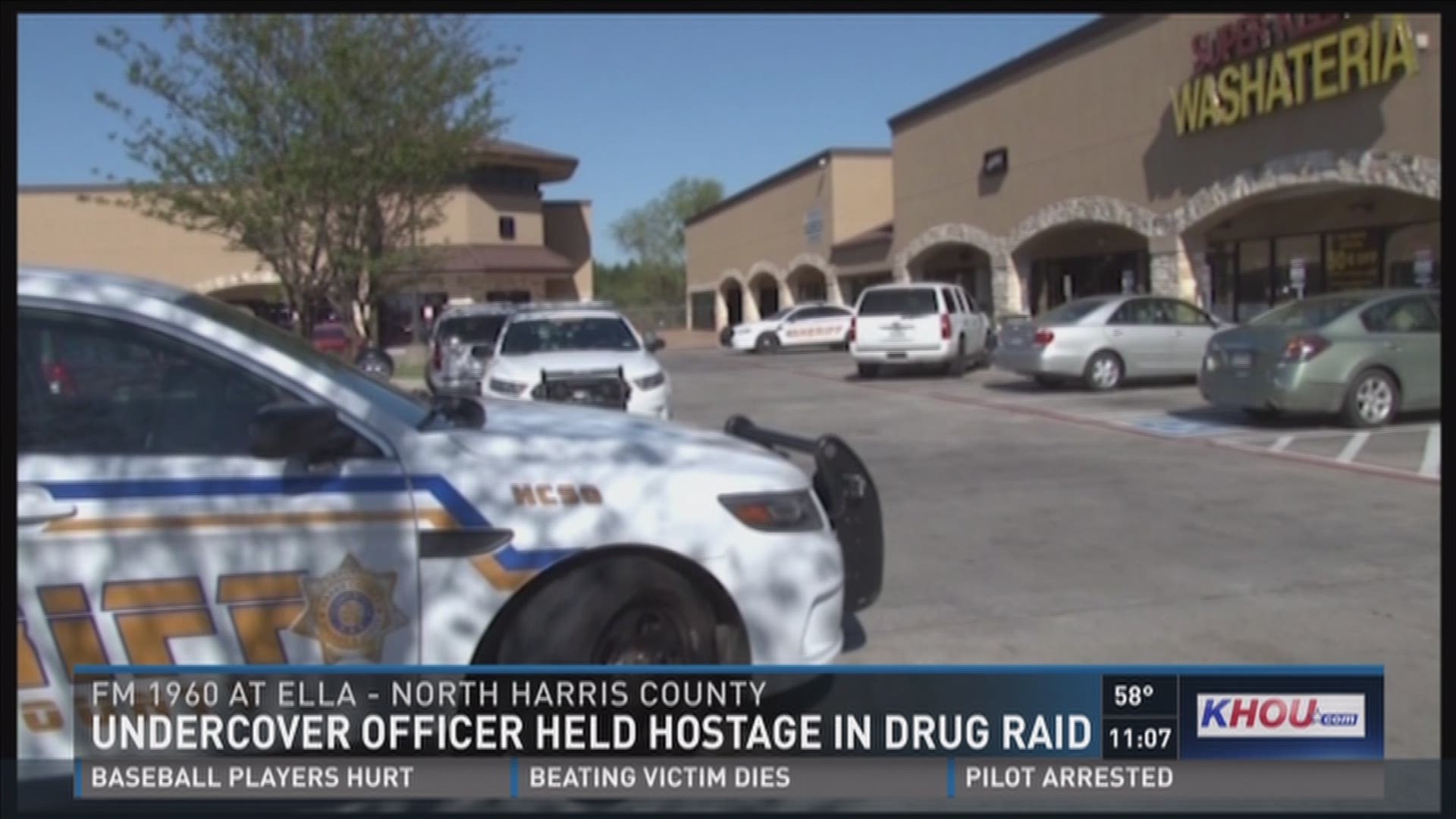 HOUSTON, Texas - An undercover officer was held hostage during a drug raid at a smoke shop on Thursday, according to deputies.

It happened at Jams Smoke Shop in a strip center at FM 1960 at Ella boulevard in north Houston.

Investigators said undercover narcotics officers had the shop under surveillance after reports of illegal drugs being sold there.

While watching the shop, officers noticed up to 50 people an hour entering the business.

Not long after officers obtained a search warrant and an arrest warrant.

Deputies said the officer that was held hostage was sent into the business to make a buy but something went wrong.

The Harris County Sheriff's Office sent in a SWAT team to bust down the door.

The undercover officer was rescued and two suspects were taken into custody.

Deputies said they recovered cash, drugs, and guns from the store.

So far, it's unclear what charges the owners of the shop now face.