Once again, an oversized 18-wheeler struck the Houston Avenue bridge on the Katy Freeway on Monday. Just three months earlier, crews repaired the bridge's steel beams after another semi slammed into it. TxDOT is using infrared detectors to try to limit the number of bridge strikes. 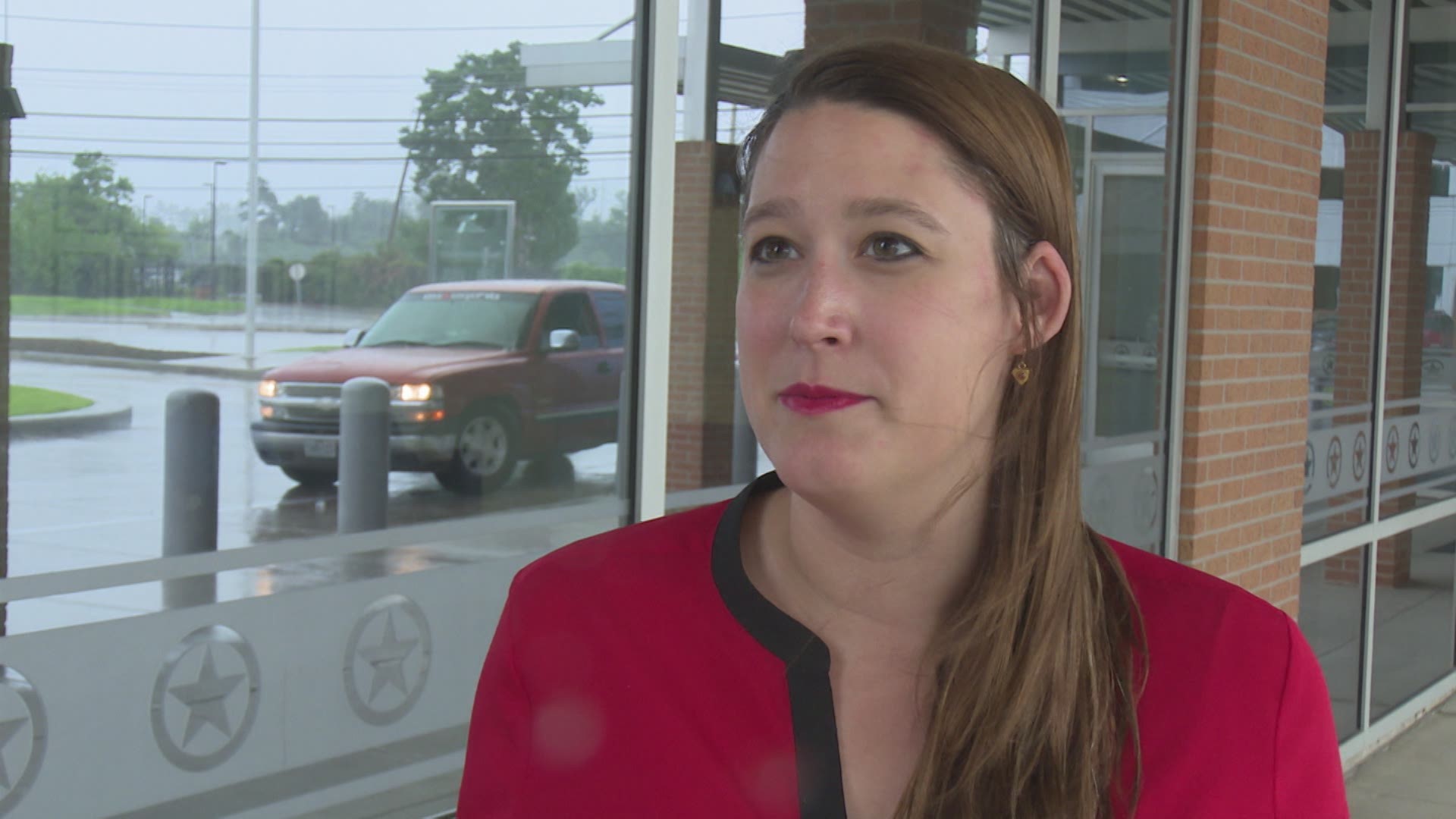 HOUSTON — Once again, a large 18-wheeler smashed into the Houston Avenue bridge over the Katy Freeway again on Monday.

Just three months earlier, crews repaired its steel beams after a similar crash, and in 2017, ten similar incidents were reported at that location.

“The Houston Avenue bridge is actually hit more than any other bridge in the Houston area,” said Emily Black of TxDOT’s Houston office.

Black says TxDOT officials aren’t sure why that is, nor or they sure why the trucker in Monday’s incident drove that route.

“We do know a lot of times the truckers that are cited at that location have not had the correct permits to be driving through there or are off-route,” said Black.

In January 2015, the agency installed infrared detectors along Interstate 10 that detect oversize vehicles approaching the central area of Houston. If one is spotted, a warning message to exit immediately to Interstate 610 flashes on an electronic billboard.

So far in 2018, the total numbers of alarms through June 2 comes out to 4,640 alarms from the sensors at Mercury Drive. The sensors at Wirt Road transmitted 8,837 alarms.

Long-term, TxDOT plans to replace the Houston Avenue bridge during a massive highway rebuild planned for downtown. That project is still at least five years away, assuming all the funding is available.

For now, they’re confident this latest strike is done slowing down drivers.

“We don’t think we need to do any repairs on it,” said Black. “It’s been fully inspected.”