The HPD officers forced their way inside the front door of the home after they spotted the fire and learned two women were stuck inside. 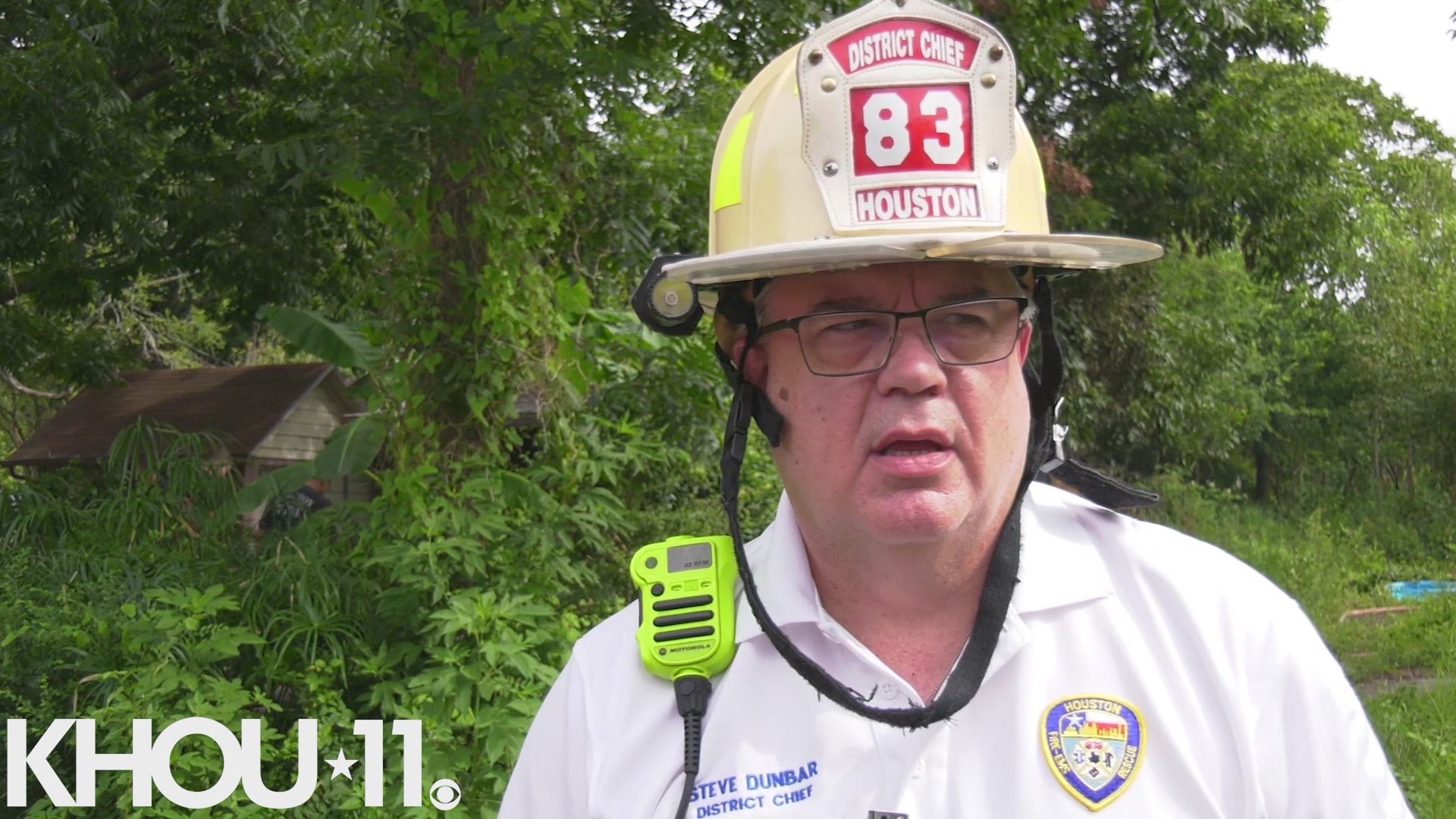 HOUSTON — Two women were rescued Sunday from a burning home by Houston Police Department officers in the Acres Home area in north Houston.

The Houston Fire Department said the HPD officers were the first to spot the house fire and alerted firefighters.

While firefighters were en route, the HPD officers learned two women were trapped inside of the home so they forced their way through the front door.

Both women were found conscious and breathing after police were able to get the front door open. Three dogs were also rescued.

One woman was taken to the hospital as a precaution due to smoke inhalation.

Firefighters arrived on scene within six minutes and were able to tap out the blaze that covered about 40 percent of the house.

Arson investigators are working to determine the cause of the fire. One of the rescued women told firefighters that they were asleep when they heard a loud explosion. They woke up and saw fire coming from the back of the house.

They said they tried to get out the front door but they couldn't find the key to the deadbolt.

A Houston Fire Department chief said firefighters did an amazing job extinguishing the fire within minutes.

He said if police had not seen the fire, who knows what the outcome of this scene would be.