One of the projects will turn the Inwood Forest Golf Course near Antoine & Little York into a 226-acre detention space. 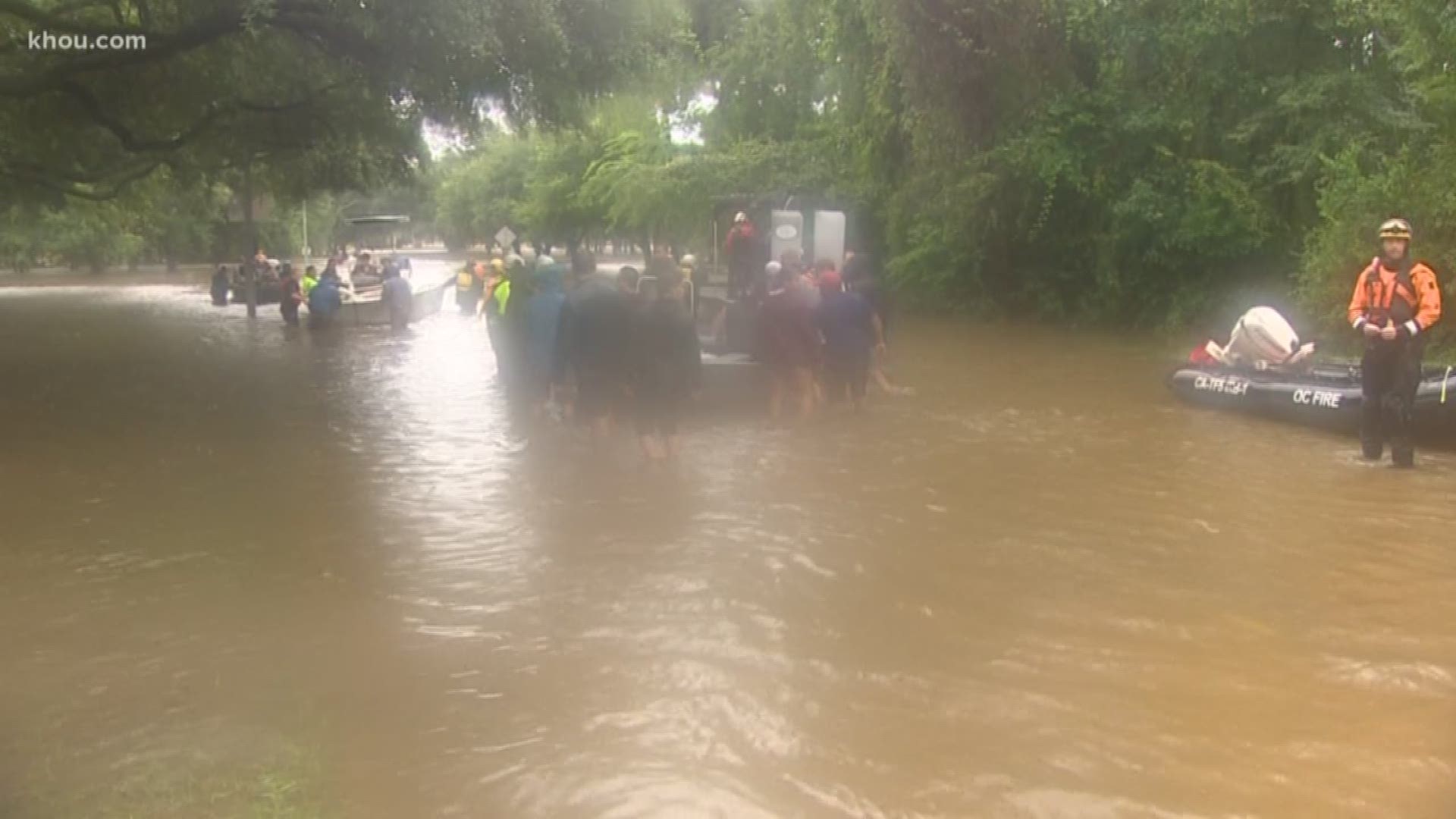 The other project adds ten gates to the Lake Houston dam. Nearby homes flooded during Harvey after releases upstream from Lake Conroe raised the lake level.

“This will allow much of that water to go out the back end,” said Mayor Turner. “This was, like, the number one project for the people in that Kingwood area.”

RELATED: Homeowners in Kingwood wonder if construction is to blame for flooding

RELATED: Washed out road in Kingwood shows why it's never a good idea to drive through floodwaters

Council Member Greg Travis, whose District G covers West Houston, and flood czar Steve Costello publicly shot back against claims made on social media that the Inwood project would make flooding worse on the city’s west side.

“The water doesn’t even go there,” said Costello. “The water flows into White Oak bayou, then downstream, into Buffalo Bayou, and in downtown.”

RELATED: Texas to get $4B to help prevent future flooding, but Houston won't be managing the money

“I’ve lived there for 30 years, and I’ve never seen the neighborhood like this,” said Council Member Martin. “We need to figure it out immediately because if we don’t, this tax base that was annexed in 1996 will go away.”

Designing the Inwood detention basin and Lake Houston gates will take about a year. FEMA will review the plan before construction starts, which is expected to take another two years.