From Air 11, you could see the entire house destroyed. 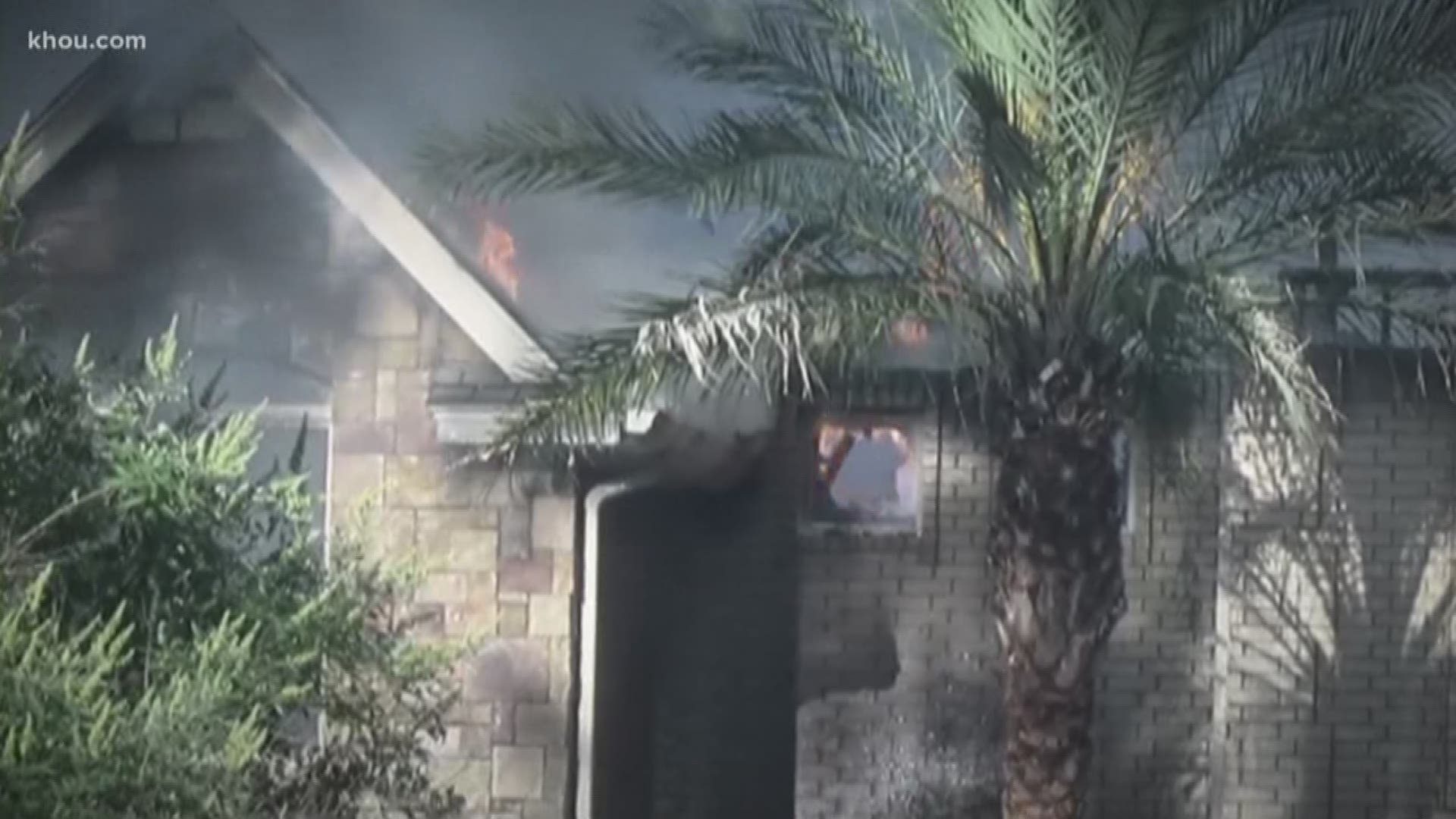 Battalion Chief James Washington of The Woodlands Fire Department said the fire was so big and had so much fuel that firefighters could not save anyone inside. They had no need, though.

Both painters saved themselves. Both ran for their lives. 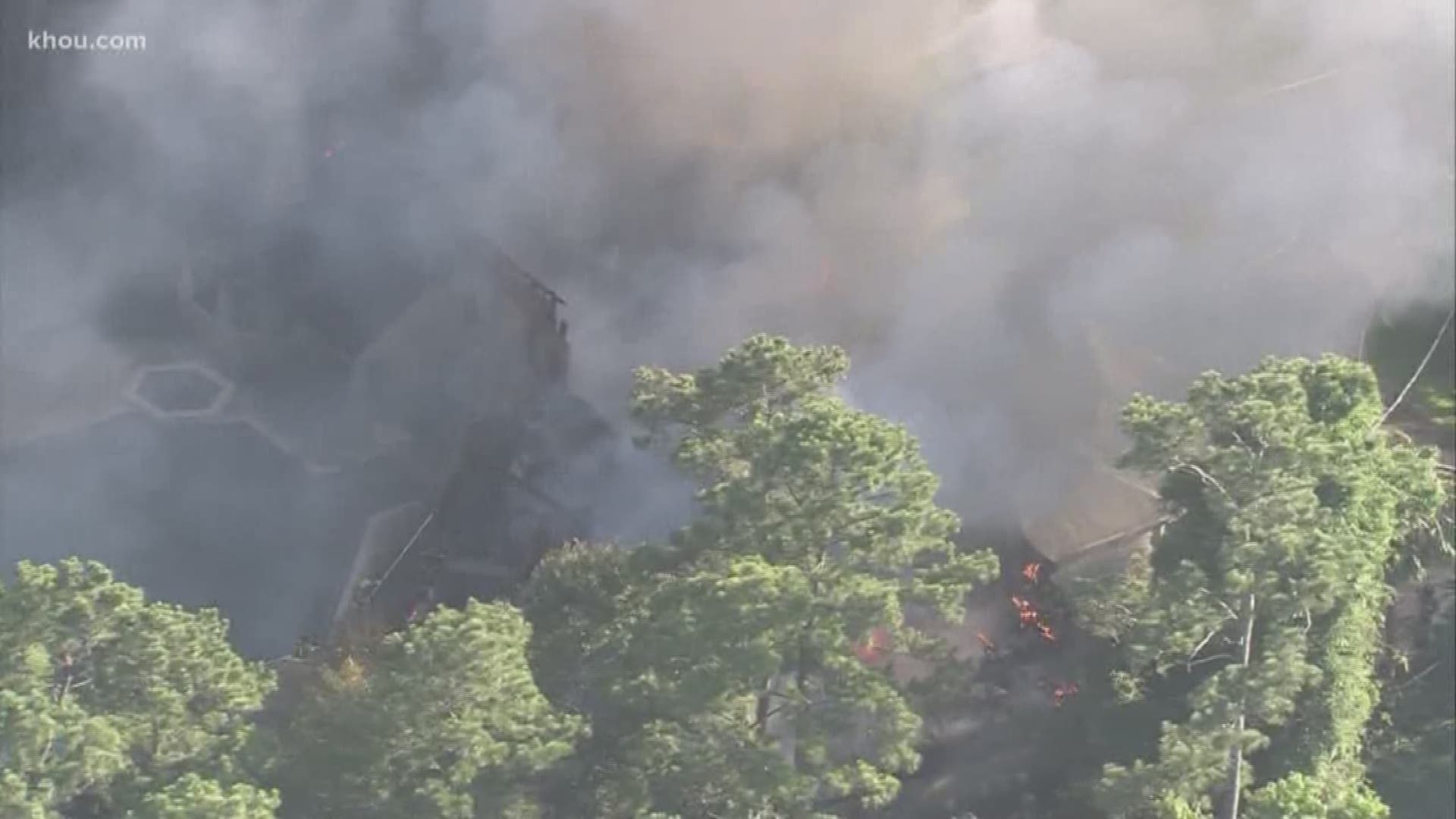 “The one painter who was (burned) ran out and jumped into the pool,” said neighbor Teri Leuck, who is friends with the mansion’s owners, Pam and Jeff Stallones.

Nearly a third of one worker’s body burned.  LifeFlight carried the man in his mid-30’s to the Texas Medical Center for treatment.  His co-worker had less severe burns on his hands and went to the same hospital.

“They’re very lucky to have gotten out of that home,” Battalion Chief Washington said.

Firefighters first blitzed the house with water high and low, the chief said.  However, flames on all sides pushed them back.

Knowing that everyone got out… firefighters fought from a distance.  Neighbors watched from the country club golf course behind the home.

“I collapsed,” Leuck said.  “I had a panic attack.  I couldn’t even breathe cause it was just so devastating.”

Leuck said she was helping manage two months of remodeling on the home.  She said the painters were finishing the last few rooms.

A woman babysitting the family’s pets told KHOU 11 News she was inside the home earlier and smelled fumes.  However, she was not sure if those fumes were from chemicals being used by workers or something else.

Minutes after leaving the house, she heard about the fire then huddled with friends and neighbors wondering what would happen next.

The family’s dog and cat have not been seen since the fire.  Firefighters are investigating the cause.