Recognize them? Police say these two guys are behind multiple armed robberies in Houston

Police say they robbed convenience stores and a pedestrian all the course of three days. 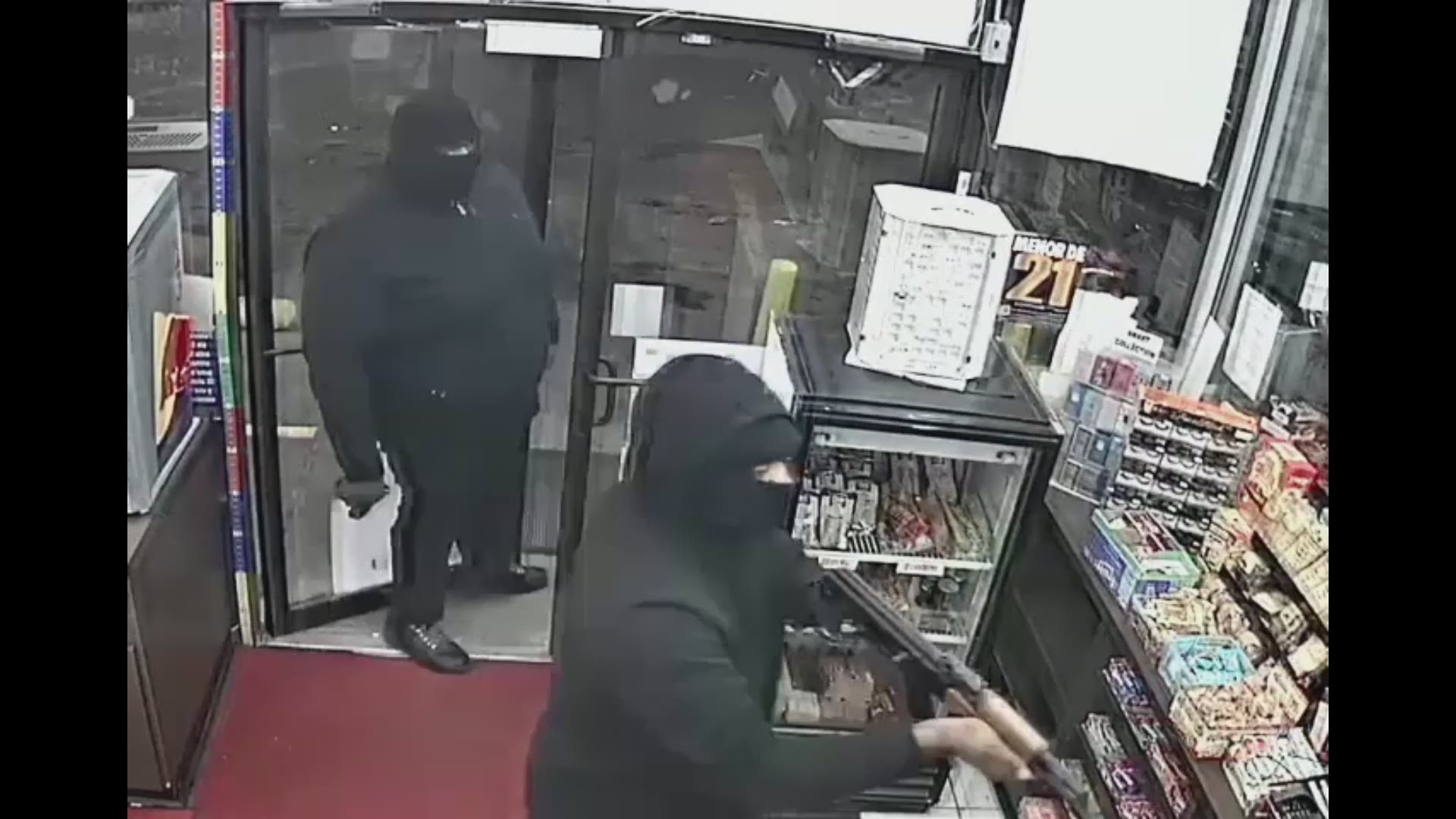 HOUSTON — Houston police need your help to find a couple guys they say are behind a series of armed robberies across the Houston area.

The video in this story is from the Sunmart Gulf at 3300 Yellowstone in Houston.  One January 8 at a little before 2 p.m., video shows two armed men barge in with weapons.  One suspect pointed what police say looked to be an AK-47 at the clerk and demanded money.

The other suspect stood watch at the door.

Once they got money from the clerk, they took off and jumped into a black Dodge Charger.

Police believe the same guys are also responsible a January 7 robbery of a person walking on North McGregor and Sampson Street.  Two armed men in a black Dodge Charger robbed the victim in that case.

And on January 8 at around 1:40 a.m., two armed men tried to rob the Heaven Food Mart at 2528 Calumet Street. The clerk apparently knew a robbery was about to happen and locked the door.

Then on January 10 at around 12:40 a.m., police say the same two men went back to the Heaven Food Mart and were able to get inside this time.  They were able to get away with money and took off.

Crime Stoppers may pay up to $5,000 for information leading to the charging and/or arrest of the suspect in this case. Information may be reported by calling 713-222-TIPS (8477) or submitted online at www.crime-stoppers.org