Mayor Turner said it's the city's goal to "remove off the street those who don't value human life in order to make it safer for everyone else." 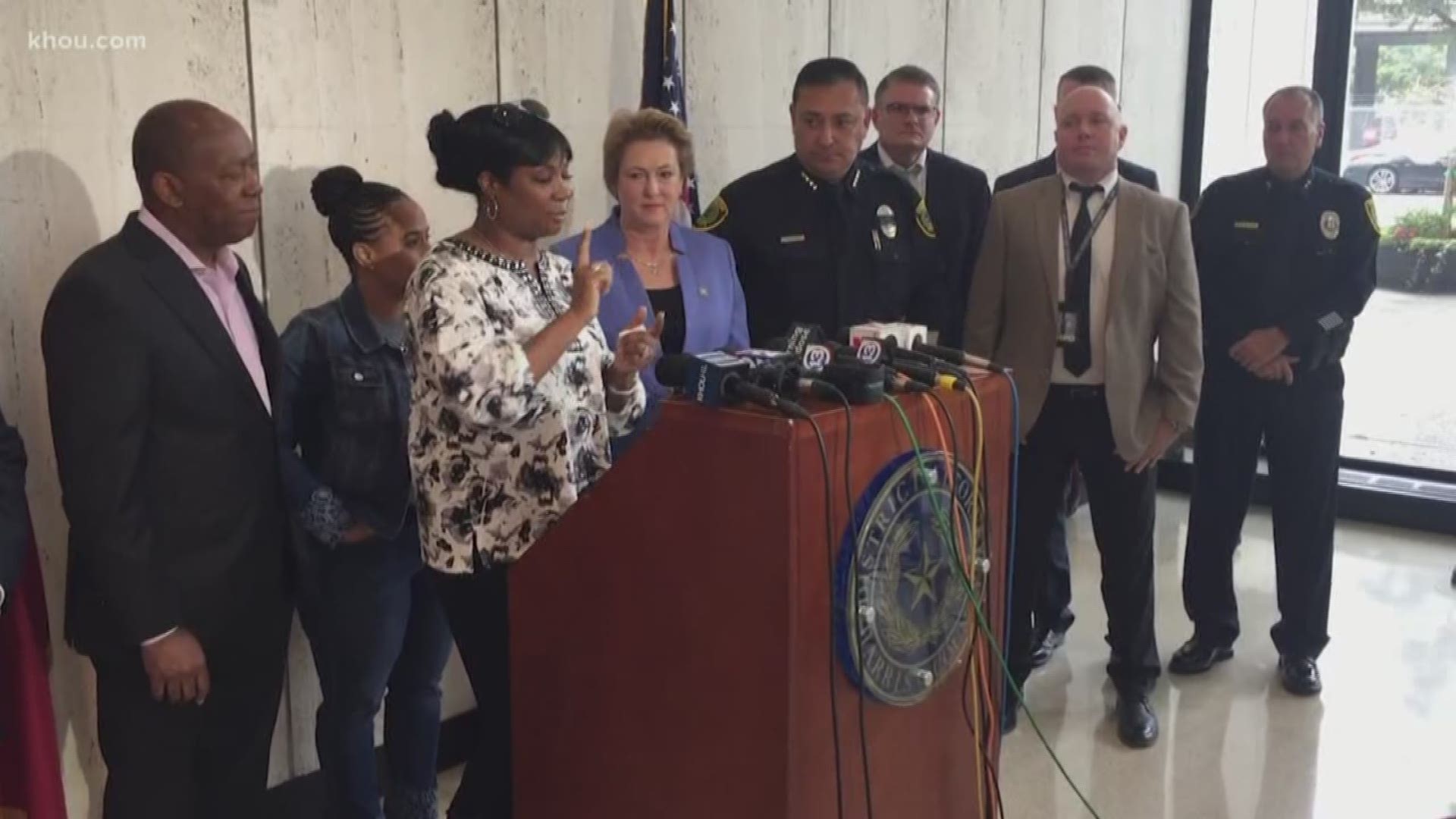 Kendrick Johnson, 19, is charged in the deaths of two young men in Houston as well as the shooting of a third person.

“Two families that will never be the same,” said D.A. Ogg at the Friday morning press conference.

One of Johnson's alleged victims is 18-year-old Delindsey Mack, who was fatally shot near his school, Lamar High School, in November 2018.

The other victim was Kenneth Roberson, who was murdered on Long Drive in September 2018.

Johnson is also charged in a Jan. 8, 2019 shooting where the victim, who was hit in the neck, survived.

Mack's mother, Dahlia, said she leaned on faith after her son's murder and credits cooperation with solving it.

"This is what you call teamwork," she said while thanking the Houston Police Department. "My team promised they had my back and they showed up."

“And I forgive this person,” said Yvonne Ferguson.  “Because he also has a mother and she’s in pain.”

“Every life in this city is precious," said HPD Chief Acevedo.

D.A. Ogg praised Houston's leaders for not ignoring gangs and their victims, unlike when she was a line prosecutor in the early 1990s.

“And I’m proud to say that leadership in Houston not only recognizes the threat to public safety and neighborhoods and ordinary people that the gang culture brings, but we work together to do something about it,” said Ogg.

Mayor Turner said it's the city's goal to "remove off the street those who don't value human life in order to make it safer for everyone else."

Officials say these arrests are part of larger effort to crack down on “cross-generational” gang violence.

The victims' mothers encouraged other parents to pay attention to their children, their friends, and social media habits.

“And don’t say what your children won’t do,” said Ferguson. “I don’t care where you live, what zip code you live in, this and that. It’s out there in the world, it’s out there.”

Johnson remains in jail at this time. Records show he has a violent criminal history, including multiple aggravated robberies.

Police have asked the media not to show his mugshot because of their ongoing investigation.