The air conditioning units at the church were being repaired, and the fire is believed to have started in the attic, according to investigators. 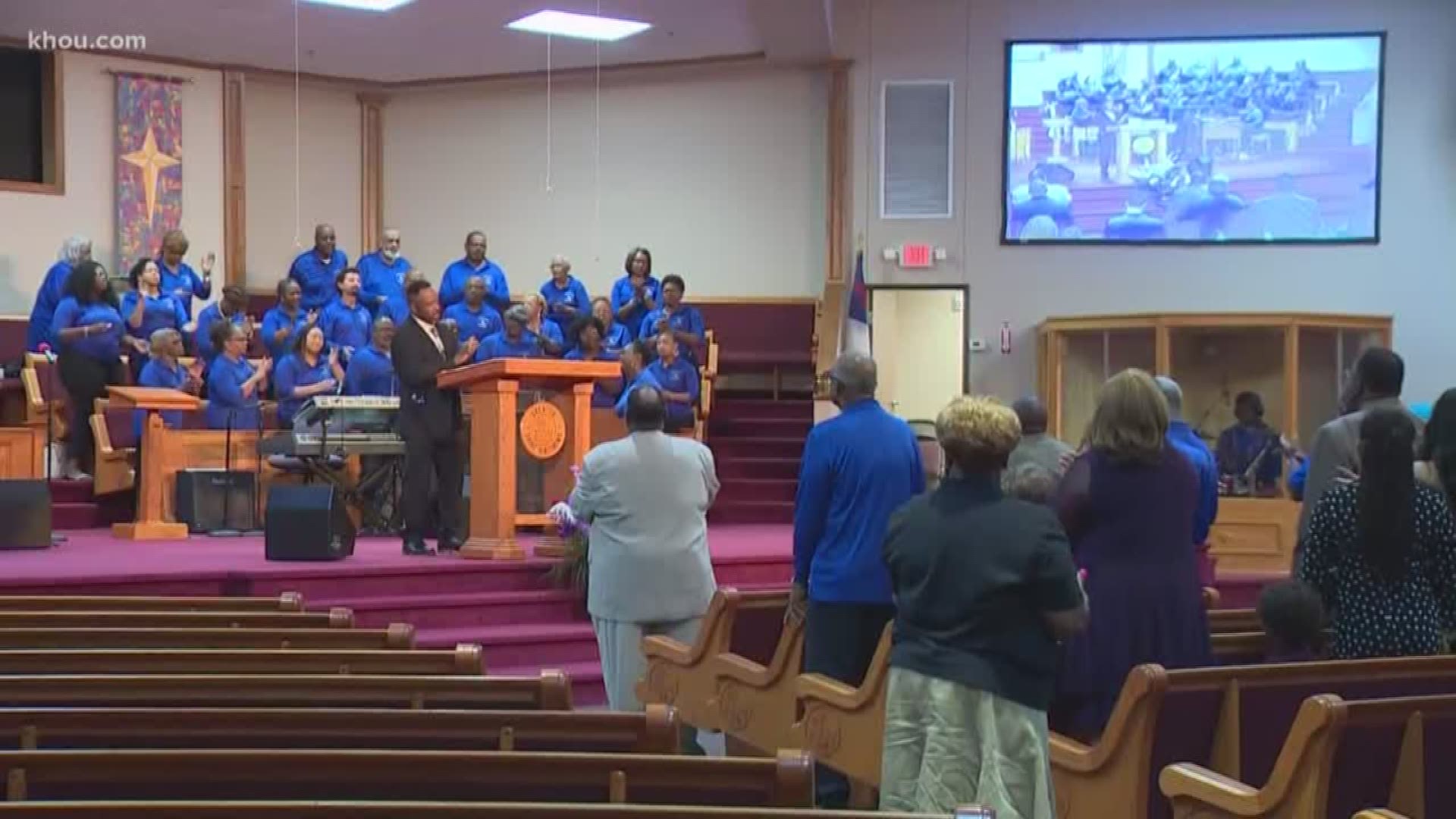 HITCHCOCK, Texas — Members of a Texas City church congregation held service Sunday morning despite the fact their church burned to the ground in a massive fire on Friday.

The Greater Bell Zion Missionary Baptist Church is reportedly the oldest congregation in Galveston County. The displaced congregation was forced to hold service at St. Matthews in Hitchcock and will continue to use the church for the foreseeable future.

The historic congregation may look small in size, but its message is mighty.

“Father God, we’ve come to a bump in the road, but we know that You know what’s down the road,” said a speaker from the pulpit.

The Bell Zion Missionary Baptist Church was founded in 1885 and became the hub of the area’s African American community.

Some of the members at service Sunday have belonged to the church for more than 60 years.

“God intended this to happen in your season,” said the church’s pastor Rev. Jerry Lee, Jr. to church members. “The thing is that I’m going to take whatever it is in this season. Whatever God puts on our plate, we’re going to eat it.”

Firefighters arrived to smoke coming from the church on Friday morning. Flames broke through the roof soon after that. The fire spread, burning all but the bricks of the building.

The air conditioning units at the church were being repaired, and the fire is believed to have started in the attic, according to investigators.

The pastor said fire investigators will release the site back to the church on Monday.

He said church members will be able to salvage whatever is left but said all of it is only material.