When a Tomball High School senior retweeted a picture showing her in the foreground with several white students behind her wearing shirts that spelled out "Trump," she thought she was just exercising her free speech. 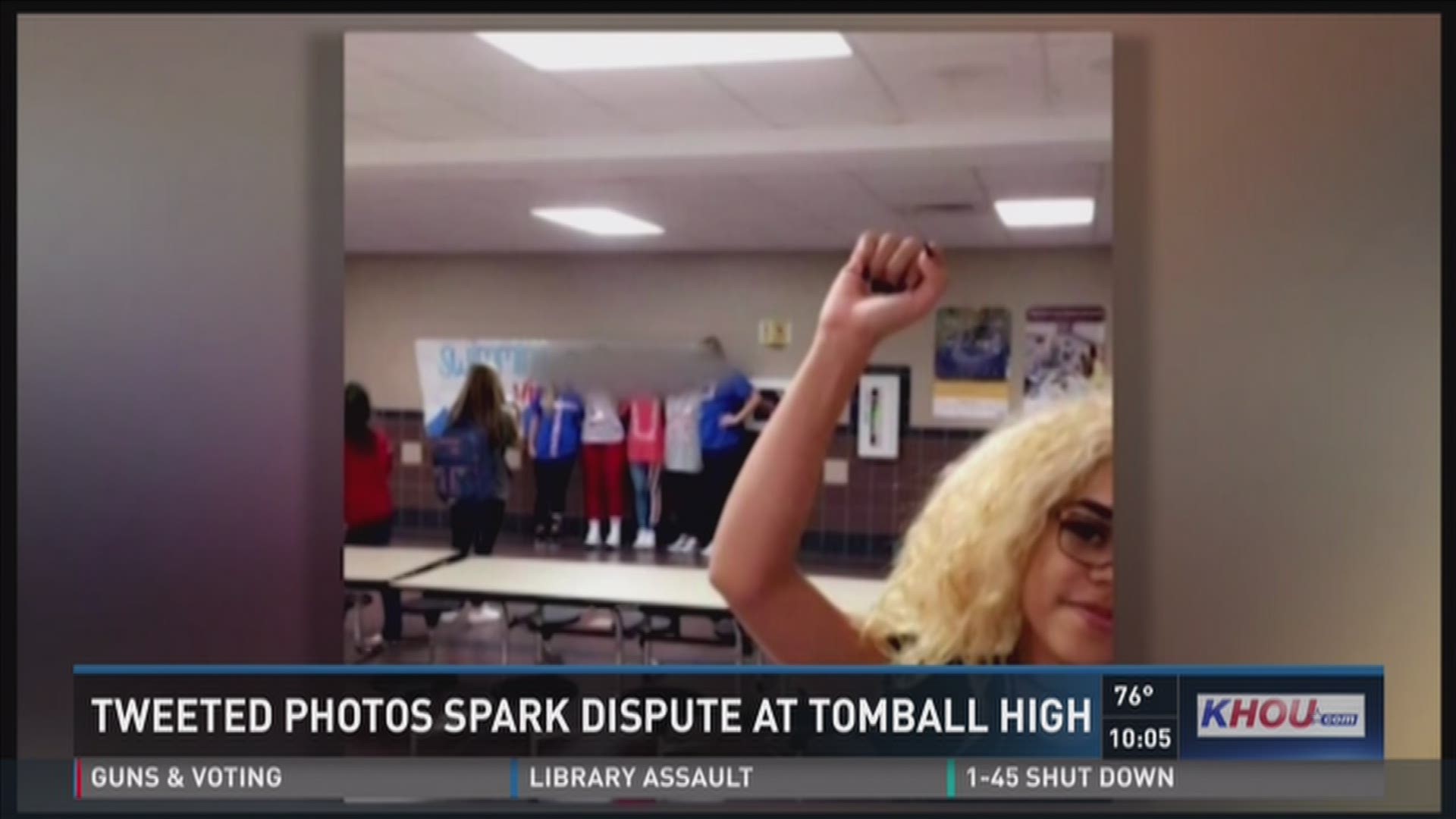 Jodeci Williams has a point of view.

“I strongly believe in the Black Lives Matter movement and liberties and freedom for everybody,” Williams said.

So when the Tomball High School senior retweeted a picture showing her in the foreground with several white students behind her wearing shirts that spelled out "Trump," she thought she was just exercising her free speech.

“We got way more attention than we thought we were going to get for it, honestly," Williams said.

Turns out the tweet went viral. It was shared hundreds of times. And the students wearing the Trump shirts wanted it taken down. Williams was called in to meet with administrators who threatened her with in-school suspension.

“They basically said that I needed to un-retweet the tweet from my page,” Williams said.

Trajon White was told to do the same thing.

“I just feel like you’re forcing us to do something,” White said. “You’re telling us if we don’t do it, then this is going to happen. You’re giving us an ultimatum.”

A school spokesperson said the district’s “Technology Accessible Use” policy prohibits posting images of students to social media without their permission, and that the district is merely enforcing the student code of conduct.

While White complied with the district’s demands, Williams has refused to, and her mom supports her.

“I do think it’s worth it,” Nicole Gochanour said. “I think young people need to stand up and say this is what we believe in.”

For Williams, that means spending time in detention.

“I feel like taking it down, they win,” Williams said.

District officials say the kids are not being singled out and that the technology acceptable use policy applies equally to everyone. But the kids behind the tweet just don’t believe that.