These people don't want to take a chance of missing out on the president's rally here in Houston. The line of people is weaving up and down near the Toyota Center. 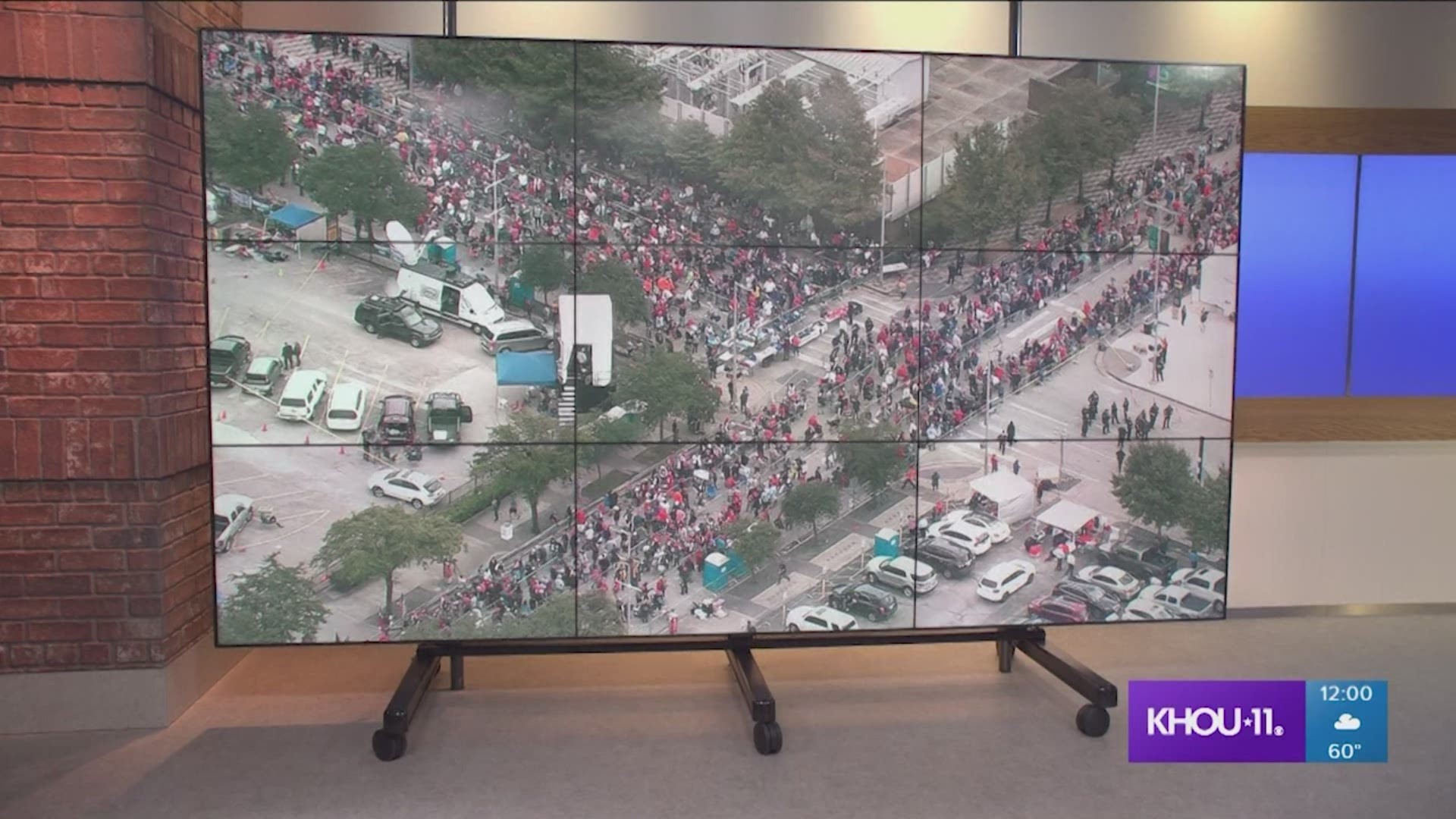 HOUSTON – Supporters lined up early Monday for a chance to see President Donald Trump who will be in town to hold a rally for Sen. Ted Cruz.

These people don’t want to take a chance of missing out on the president’s rally here in Houston. The line of people was weaving up and down near the Toyota Center before it eventually spilled over into Discovery Green nearby.

Thousands of people are camping out outside Toyota Center to see @realDonaldTrump. He’s coming to Houston to support @tedcruz tonight. #HTownRush #KHOU11 pic.twitter.com/HU4PjYDJlq

It’s a sea of @realDonaldTrump and @tedcruz supporters. The line is now spilling into Discovery Green, blocks away from Toyota Center. This is 7+ hours before the rally. #KHOU11 pic.twitter.com/GrL7mbJRlg

The line started around 10 a.m. Sunday with people showing up literally by the bus load more than 24 hours before President Trump was expected to arrive.

Gov. Abbott in Houston rallying ahead of early voting

VOTER GUIDE: What you need to know about the November election

The president’s appearance in Texas is to support Cruz in this first day of early voting.

So many people showed up to camp out, Houston police and the Trump campaign had to adapt their plans at the last minute. Police closed streets hours earlier than planned Sunday night.

About 3,000 people are already lined up for the MAGA rally in Houston. #HTownRush #KHOU11 pic.twitter.com/BgwRIYDlrh

There’s only room for 18,000 people inside Toyota Center, so supporters can enjoy music, food and watch the rally on the big screens.

Keep in mind, that’s just people who signed up to attend this event. Police expect protesters to make their way here today.

This crowd will grow tremendously over the course of the day. Doors open at 3:30 p.m. with the event starting at 6:30 p.m.