President Trump threatened to cut aid to some Central American countries and even shut down the border as the migrant caravan pushed through the Mexico-Guatemala border. 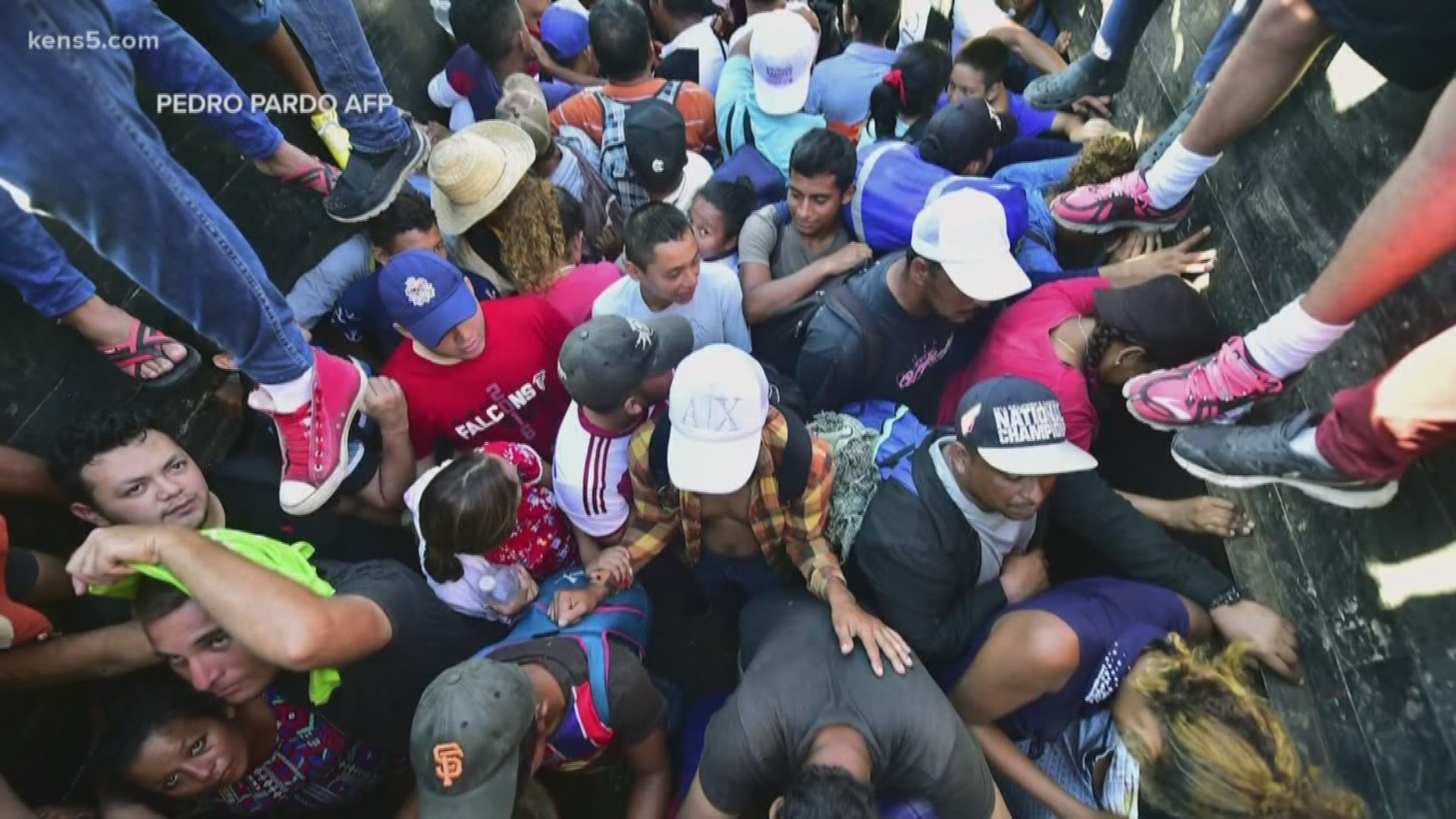 Hidalgo, Texas — The migrant caravan that started in Honduras over a week ago has now pushed into southern Mexico, and has prompted President Trump to issue a threat to cut off aid to Central America, blaming those countries’ governments for failing to stop the group.

Trump said in a tweet Monday that he’s alerted the U.S. Border Patrol and the military to prepare for the caravan in case it reaches the border.

Men, women and children, mainly from Honduras but also joined by other Central American asylum seekers, are inching closer to their goal of reaching the U.S.-Mexico border.

The Associated Press estimated the group has grown from 200 to about 5,000 within a week’s time. About 2,000 more are stuck at the Guatemala-Mexico border, and another 1,000 in Honduras.

The immigrants have walked from Honduras – where the group formed – into Guatemala, and on Sunday, reached the city of Tapachula in Mexico. Some went through ports of entry while others crossed into Mexico illegally.

Reports indicate they are headed to the Tijuana-San Ysidro border, where a previous caravan in April had arrived. However, the shortest route would be to the Texas Rio Grande Valley, about 1,100 miles from Tapachula.

The previous caravan back in April reached the California border. According to Border Patrol, 333 people out of the group requested asylum while 122 jumped the border fence and were detained.

Immigrants who travel in these caravans do it in part for protection against gangs and cartels seeking to exploit them, as well as to draw attention to the conditions they are fleeing.

Trump has been monitoring the movement since last week. He insinuated in a tweet that the group also had “criminals and unknown middle easterners.” Neither claim has been proven to be true.

He also threatened to cut aid to some Central American countries, and blamed Democrats for the caravan and for any hint of illegal immigration in the U.S.

Migrants in the group say they are fleeing poverty and violence. The caravan could reach the U.S.-Mexico border within the next two weeks.