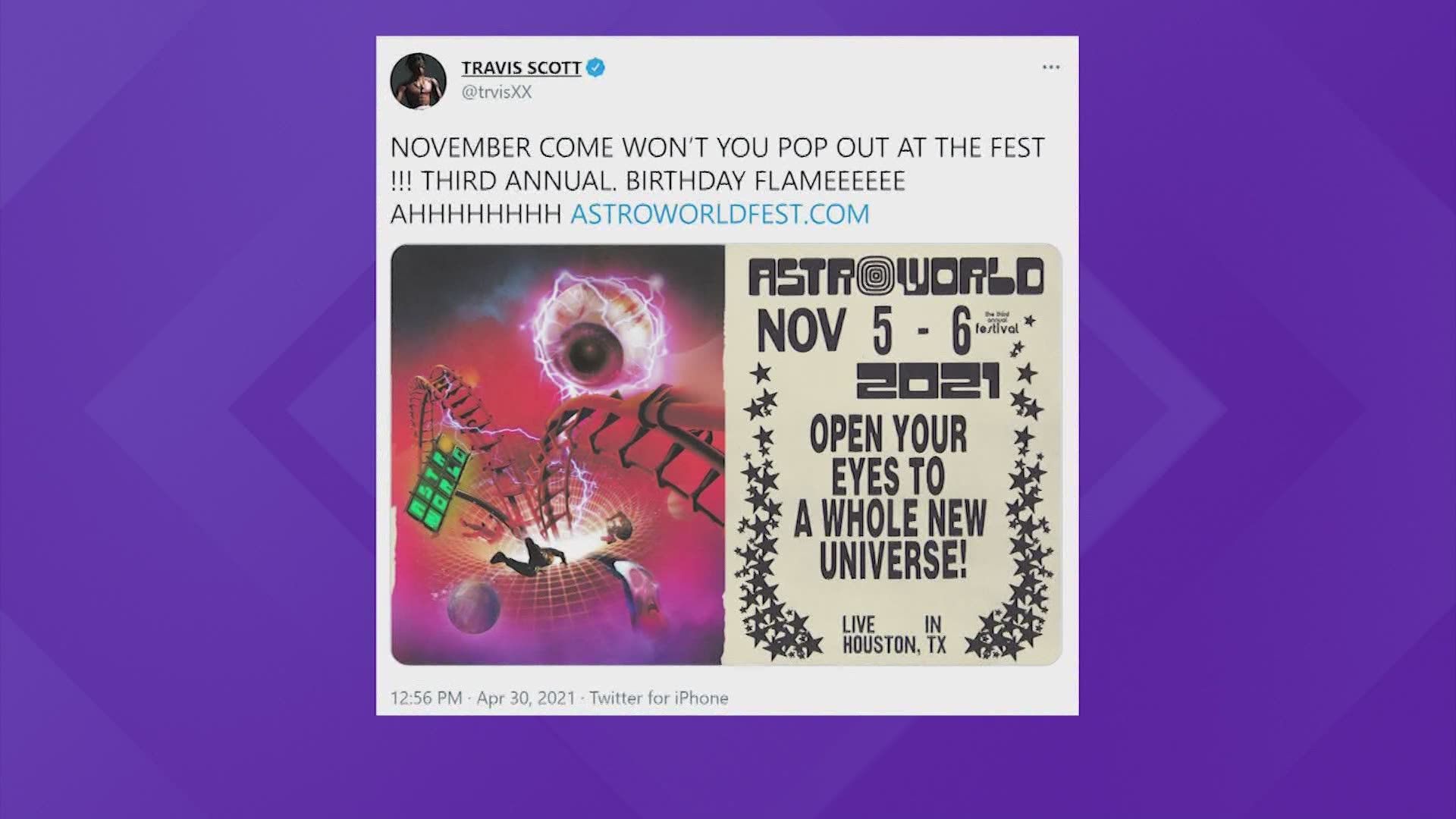 The 'SICKO MODE' rapper broke the news on his Twitter page on Friday announcing tickets for the festival will go on sale May 5 at 10 a.m.

Click here to watch the official trailer for this year's festival

The festival will take place over two days this year at NRG Park "due to an overwhelming demand" from the previous festivals.

READ: Travis Scott's 2019 Astroworld Festival is a hit in Houston!

The festival's lineup has yet to be released, but LiveNation encourages fans to purchase tickets in advance before they sell out. In the past, the festival featured artists such as Post Malone, Rosalia, Pharrell Williams, Da Baby, Lil Wayne, Young Thug, Playboi Carti, Megan Thee Stallion, among many others.

The theme for this year's 'Astroworld' festival is called “Open Your Eyes To A Whole New Universe."

"The critically-acclaimed rapper turned mainstream culture phenom looks to once again curate and produce a larger-than-life multi-stage music festival experience in his hometown of Houston. Every detail of Astroworld Festival is an extension of Scott’s personal creativity and unique vision, truly making Astroworld a festival like no other," a press release read.

A portion of proceeds from the event will be donated to the festival’s official charity partner, Cactus Jack Foundation. Founded by Scott, the nonprofit organization looks to empower and enrich the lives of youth by providing access to education and creative resources to ensure long-term success. Learn more here.

For more on the festival and how to purchase tickets, click here.

This isn't the only official concert happening this year.

Earlier this month, the Toyota Center announced it's hosting a 'Memorial Day Mayhem' concert on May 29 that will feature artists like Lil Durk, 2 Chainz and Trae the Truth.

In August, Justin Beiber will be performing at the Toyota Center and in October, recording artist Kane Brown's tour will be stopping at the arena.