Real Housewives of Atlanta Star Porsha Williams was also among those arrested. 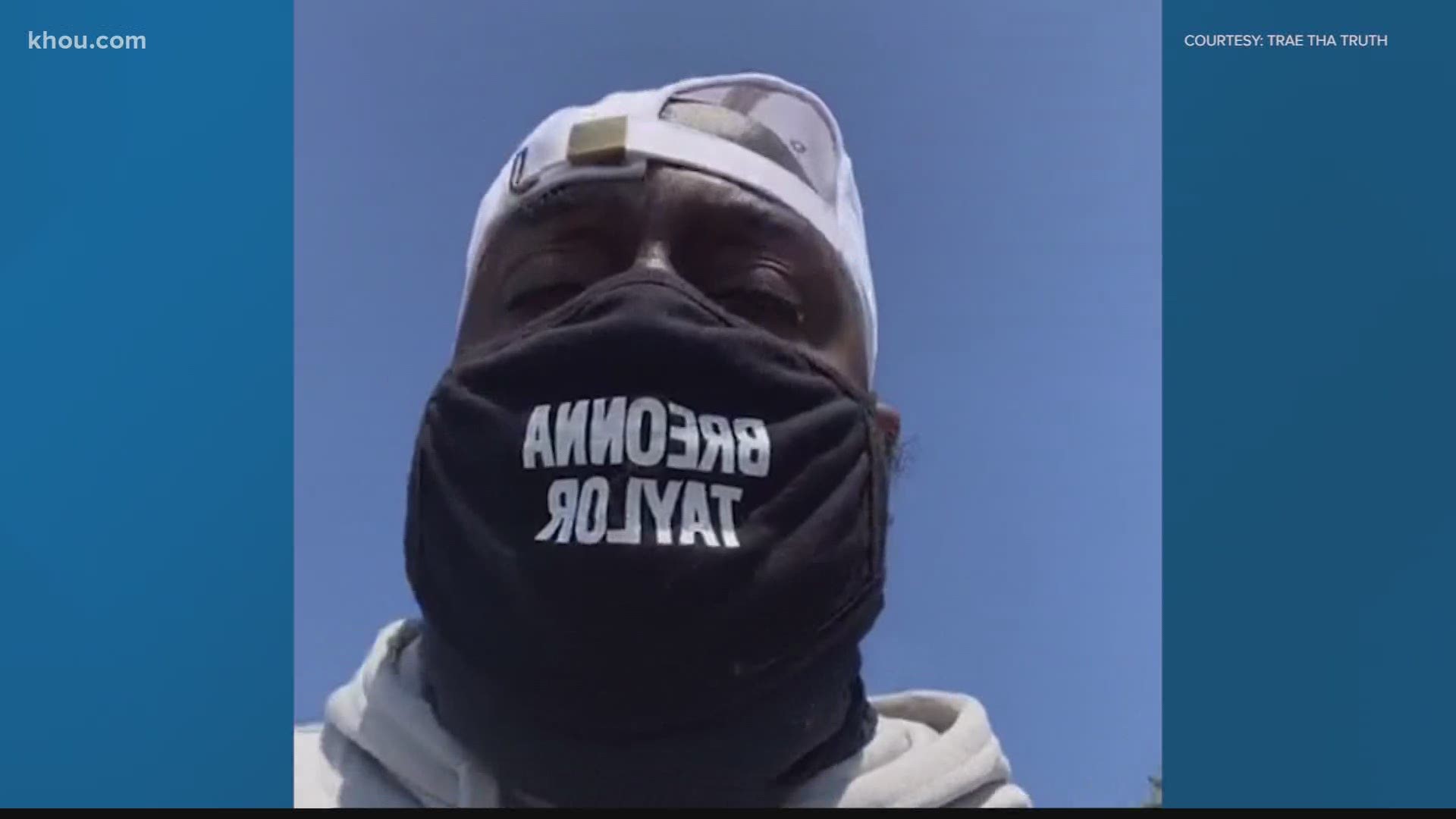 The protest was in demand for arrests of the police officers involved in the shooting death of Breonna Taylor in March.

"Today was a good day for (Cameron) to have us arrested...that's cool but how about you use that same energy for the cops who killed #BreonnaTaylor...I got time today...I sat in jail and I'm back out applying pressure...#FreeDaGuys #justiceforbreonnataylor," Trae tha Truth said in social media post.

A video posted to Instagram Wednesday morning shows Trae tha Truth being released from jail in Louisville, Kentucky. He's met with applause and a group of supporters.

“At the end of the day I was prepared for whatever, whatever came about it," Trae said.

“This is all part of the process, and if we want the right things to be done, we've got to be prepared to take the blood, sweat and tears that come with it,” Trae said.

They want investigators to charge those involved.

“You have officers taking pictures at the beach and living their best life, and even include Daniel Cameron living his best life when he’s not even taking the time to think about the citizens of Louisville or the family,” he said. “Somebody has to stand for something.”

Real Housewives of Atlanta Star Porsha Williams was also among those arrested. Williams was released from Metro Corrections Wednesday morning.

Stills is charged with intimidating a participant in a legal process, criminal trespass and disorderly conduct. The charges match those of the other 86 arrested.

“It was a misdemeanor, so the attorney general personally called and upgraded our charges to felonies, so my thing is if you had that much time to do that, why not have the time to really thoroughly investigate the case of Breonna Taylor?” Trae said.

Sgt. Lamont Washington, a spokesperson for Louisville Metro Police, said protesters at Cameron's home were given the opportunity to leave the location and remaining there would be “unlawful," and they chose not to leave.

At this time, Stills remains in custody.

Conner Farrel with WHAS 11 contributed to this report.