The former Barbara Jordan Post Office in downtown Houston has been transformed. 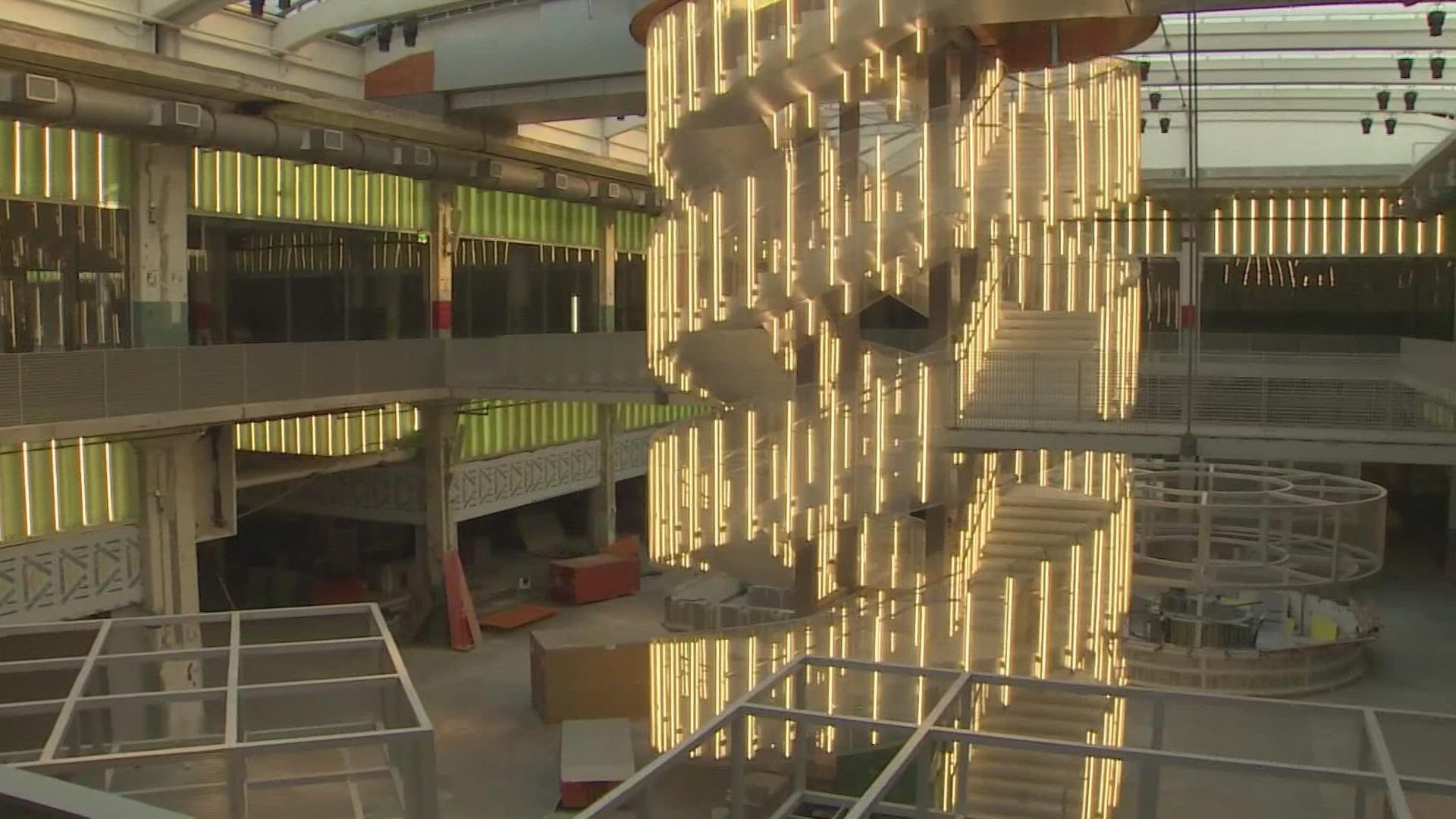 HOUSTON — Developers have come a long way since the POST Houston project began a few years ago.

Downtown Houston’s old, abandoned post office is almost unrecognizable as changes take shape that are nothing short of remarkable.

“This is the former downtown post office, so any mail that came through the greater city of Houston came into here, was distributed, and sent out,” said POST Houston’s Derrick Diotalevi, who gave KHOU 11 a tour on Tuesday.

The first stop along the tour was the lobby which will be the future site of a boutique hotel.

“On the weekends we’ll do vegetable markets. We’ll do retail markets and just really create a sense of community,” Diotalevi said.

Then there’s the food hall.

“Houston is the most diverse city in America,” Diotalevi said. “So we wanted to represent that here in our market. There’s 32 different food stalls. We’ve got about 22 filled up, so each kiosk is going to be a concept.”

The double X staircase has already been featured in photoshoots and is likely to be one of the building's most recognizable features.

On the roof is a green space, an organic garden, event areas and some of the best views of the city skyline that you’ll ever see.

Back indoors is a 5,000-person performance hall still under construction. It's where we're told Willie Nelson is set to perform at the end of November.

The footprint of post Houston is enormous. Before it was closed, the Barbara Jordan Post Office served the city’s residents for decades. Developers decided to retain some of that history, specifically the building’s namesake, for future Houstonians who will walk through these halls.

“The former name of this post office was the Barbara Jordan Post Office,” Diotalvi said. “Not only was she the first Black, African American woman elected to Congress from the South, but she was also the first openly queer one, so we’re dedicating this plaza to Barbara Jordan,” Diotalevi said.