The app has allowed popular users to generate income. 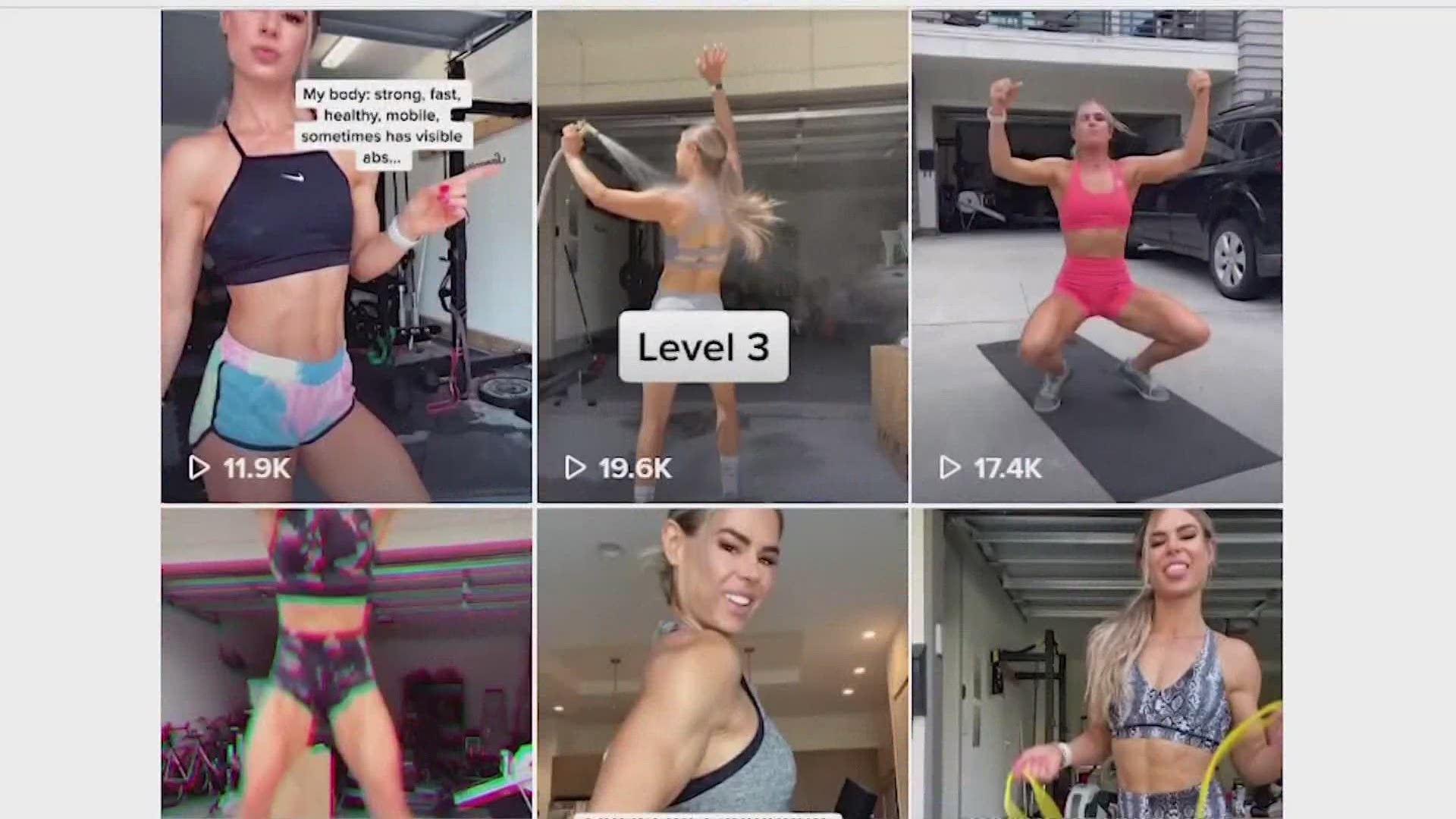 HOUSTON, Texas — A possible TikTok ban would affect millions of users including many here in Houston.

Some who are even turning a profit on the popular app.

For example, anytime Sarah Herse presses record on her phone to capture a video, there’s a chance millions of people around the world will see it.

“So I’m filming a water bottle workout. So basically, the concept is you can work-out anywhere with anything,” she said.

She joined TikTok at the start of the COVID-19 pandemic making short videos at home and posting them on the app.

“It kind of sparked my curiosity right away when I saw things actually; you can achieve organic growth through this app,” Herse said.

Credit: KHOU
Right now, she has more than 217,000 followers and 1.4 million likes on her fitness-inspired videos.

Right now, she has more than 217,000 followers and 1.4 million likes on her fitness-inspired videos.

“And just because a certain style of video does well for a few weeks and then suddenly it just, just stops doing well so you have to stay one step ahead of the algorithm,” she said. “Try to guess what people want and what’s going to do well in the app.”

Herse’s success on TikTok has allowed her to generate income on the app through things like product sponsorship and video views.

She said the thought of it being banned is scary.

“Because I finally found some good traction on social media and I’ve been enjoying the process and earning money from it so the thought of that being taken away, it would; that would suck for me. That would be hard for me,” Herse said.

But, whether or not that happens she’ll continue to pump out new content she hopes will entertain and encourage people to work-out.