There’s still no sign of India, the Bengal tiger last seen with Victor Hugo Cuevas outside his west Houston home. 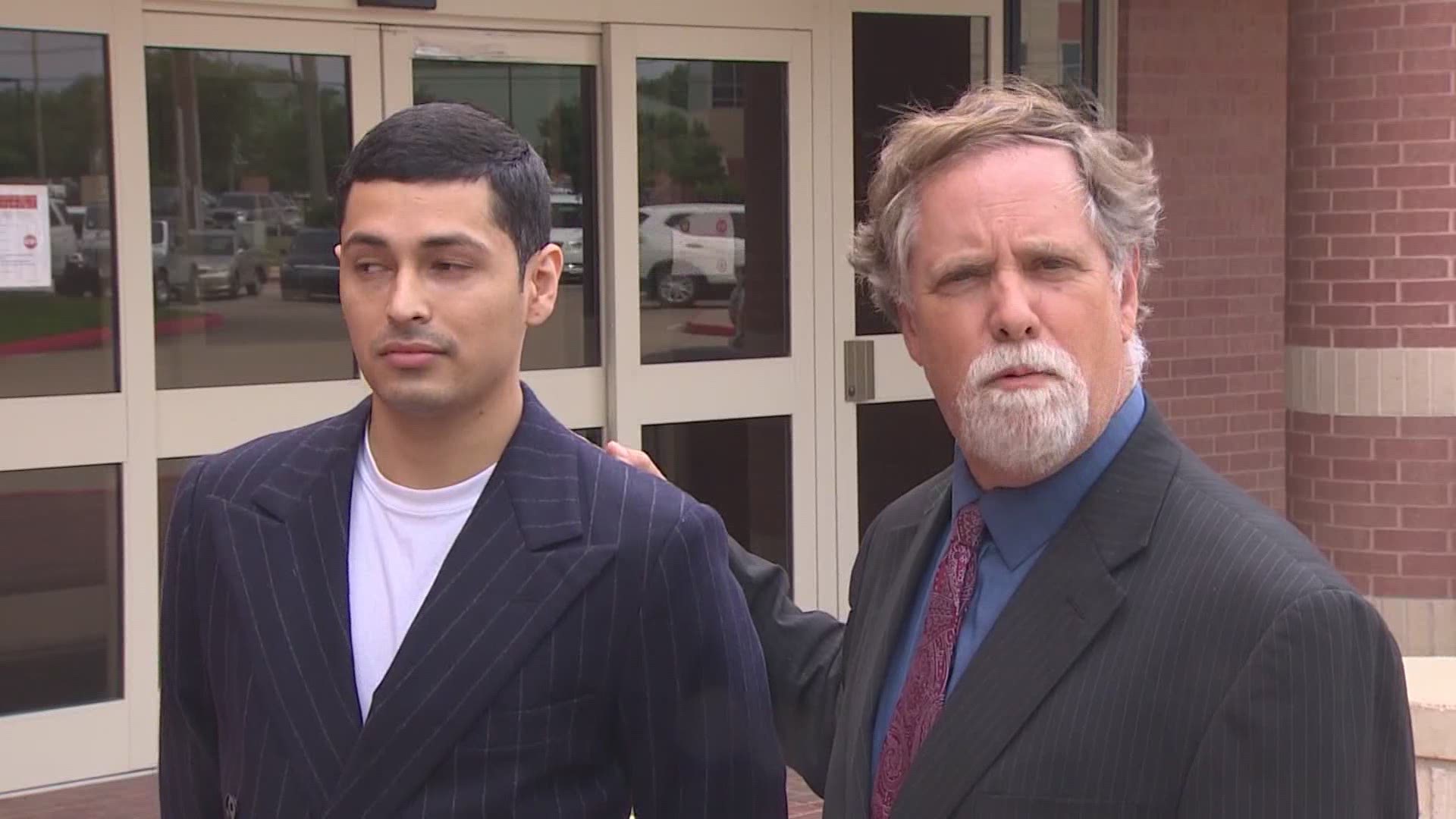 HOUSTON — The murder suspect in the middle of a bizarre tiger investigation was released on a $50,000 bond this afternoon, according the Fort Bend County Sheriff's Office.

Victor Hugo Cuevas, 26, had no comment when he walked out of the Fort Bend County Jail.

He'd been there since Monday night when he was picked up on an evading arrest charge.

Still no sign of the 9-month-old Bengal tiger last seen with Cuevas outside his west Houston home Sunday.

"The public wants to know and we want to know too. We want to find India and we're going to work hard to do that," Attrorney Michael W. Elliott said. He continued to deny that Cuevas owns the tiger.

Police were headed to the home to question Cuevas about the tiger, but they say he took off with it before they got there. That’s why he was charged with evading.

Video shot by a neighbor showed an off-duty Waller County deputy, who lives nearby, confront Cuevas after seeing reports of a tiger roaming the neighborhood. He ordered Cuevas to take India back inside and called 911.

"This is about a tiger. I'm on the phone with the caller, who is a sheriff's department sergeant, and he's holding the owner, and the owner is trying to leave," said Houston police dispatchers in audio captured by Broadcastify.

“(Tigers) have those instincts they can’t control,” Baskin said. “If that man had turned his back or run, that cat would have made a lunge for his back.”

Cuevas’ attorney admits it was his client who took India in the house but claims he’s not the one who left with it. He gave KHOU11 a phone number for the “real owner” but it wasn’t a working number.

There will be another hearing Friday morning where prosecutors say they will revoke Cuevas' bond on a 2017 murder charge.  Fort Bend County investigators say he gunned down a man that July in front of a Buffalo Wild Wings on Grand Parkway in Richmond.

In November 2020, Cuevas was arrested again for bond revocation, according to Fort Bend County.