Back here in Houston, the storms didn’t bring tornadoes or flooding, but poured down large amounts of hail. It hit all parts of the city. 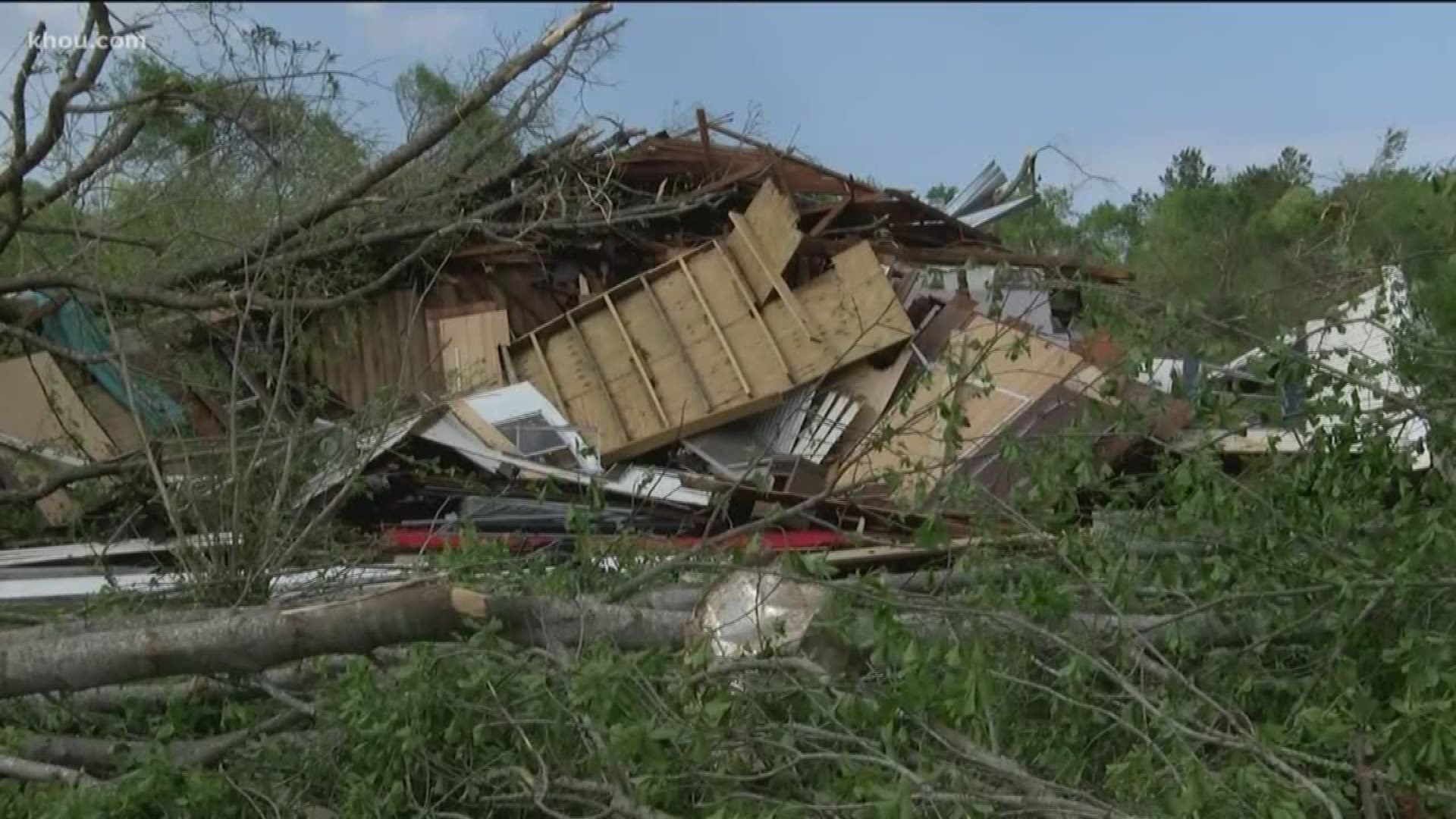 In Alto, north of Lufkin, at least 25 people were injured at Caddo Mounds, where a group was holding a picnic. The patients were taken to the hospital via a school bus.

But the storms weren't just destructive, they were also deadly.

In Angelina County, two kids -- ages 3 and 8 -- were killed after a tree fell on their car.

And in Louisiana, the storm system dumped heavy rain, causing flash flooding that left cars and trucks struggling to drive through submerged roads and highways.

Back here in Houston, the storms didn’t bring tornadoes or flooding, but poured down large amounts of hail.

It hit all parts of Houston.

Near Mission Bend, neighbors said the temperature dropped 20 degrees when the storm came, and then the hail. It started small, but got much bigger.

“It went from probably a dime size and then got bigger to a quarter size, and then almost a golf size," Ron Fahrner said.

Woman safe after house blown off its foundation in Alto