After going through three floods, Carmen Martinez wants to make sure her home doesn't flood for a fourth time. 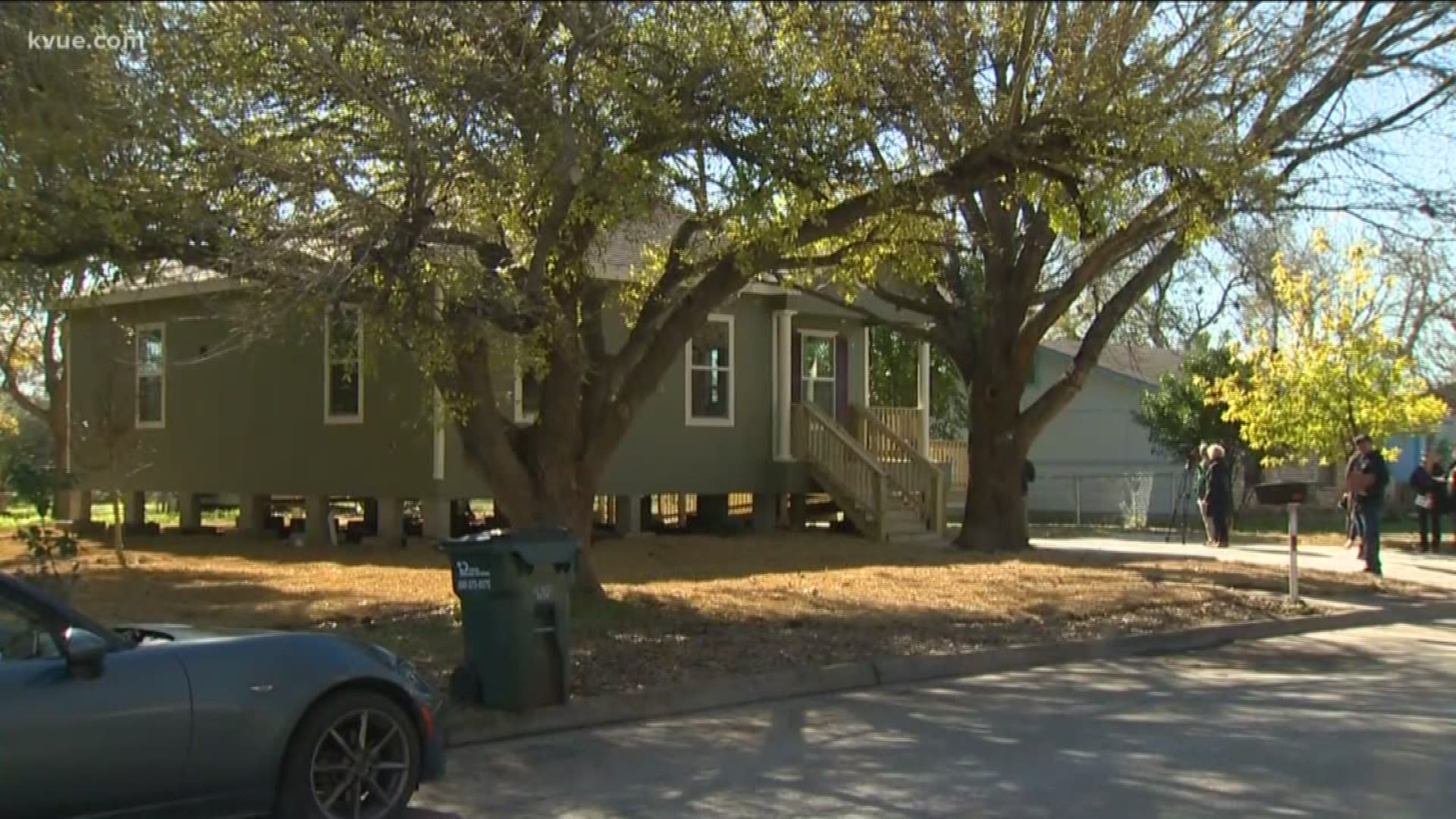 SAN MARCOS, Texas — Carmen Martinez toured her brand new home with loved ones, city leaders and the media on Monday.

She liked what she saw. The grandmother of two has been waiting for this moment for more than three years: the ribbon-cutting for her new house.

It's her first look at her brand new, two-bedroom, two-bath home, which includes flood proofing measures.

The home is raised off the ground by two feet. There's also a sealant underneath the home to protect it against floodwaters.

After going through three floods, Martinez wants to make sure her home doesn't flood for a fourth time.

AFTER: San Marcos home with history of flooding gets makeover

1 / 8
Makeover of San Marcos home with history of flooding.

The two most recent floods happened Memorial Day weekend in May and October of 2015.

"Very stressful. I don't want to go through it again," Martinez said.

This reconstruction was funded as part of a nearly $34 million federal grant -- money San Marcos didn't receive until 2016. The city plans to rebuild about 20 other houses. The rest of the money will be used for flood mitigation projects for the entire city.

"We're working on detention ponds, drainage and other places for the water to go instead of neighborhoods," Stacy Brown, the San Marcos Housing and Community Development manager, said.

In the meantime, Martinez plans to slowly move back in, no longer scared when it rains.

Even though the city only plans to build 20 homes, they've gotten 75 applications for this program.

Four more reconstructed homes are expected to be finished by the end of the year.