3 people ambushed while trying to change flat tires get into shootout with drive-by gunmen, police say

HPD says it's still unclear whether the flat tires were a coincidence or a set up. The motive for the shooting is still under investigation. 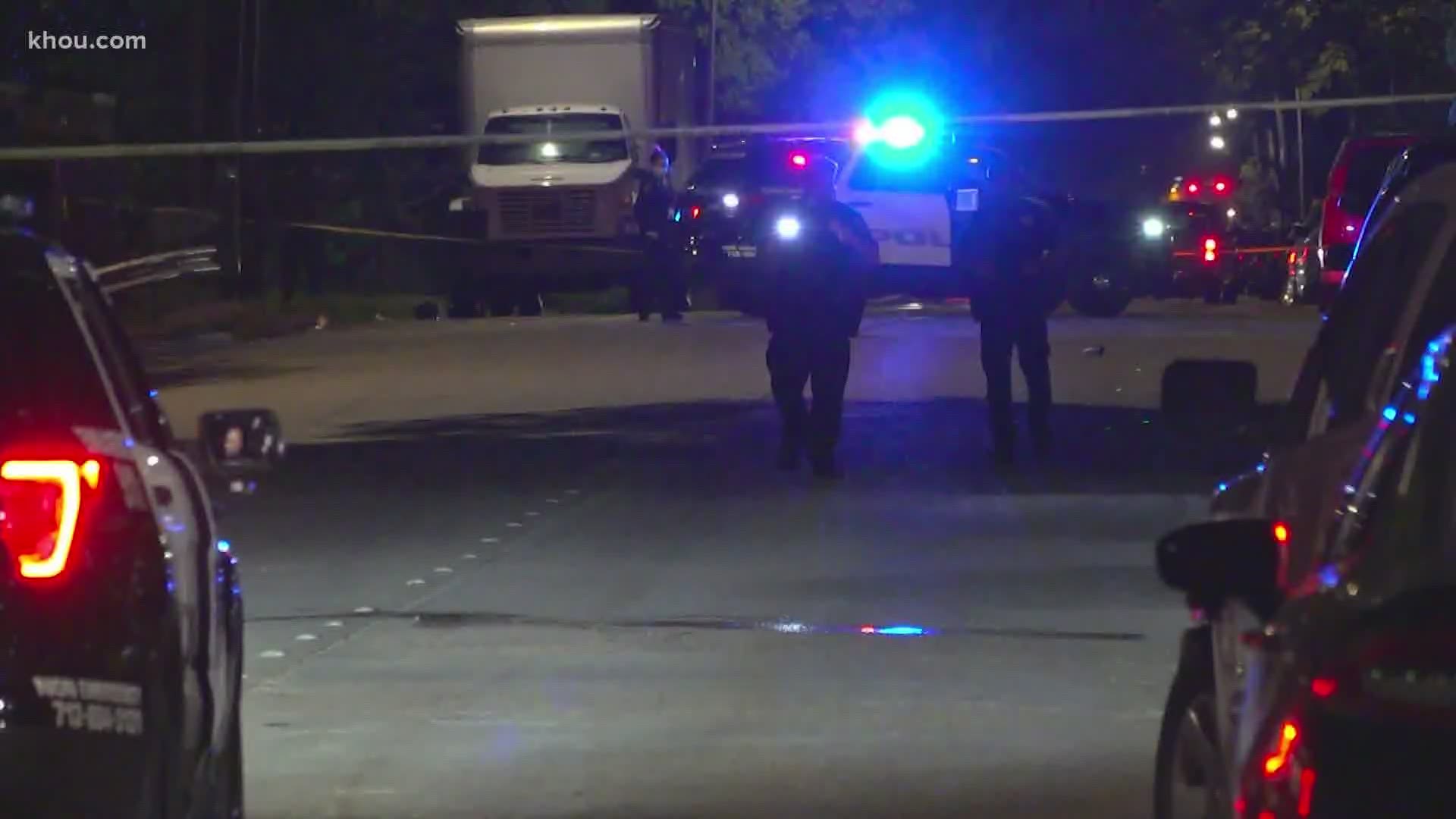 HOUSTON — Three people are hospitalized after a drive-by shooting late Saturday in the Brays Oaks area, according to the Houston Police Department.

Officers responded to a shooting in progress call at 11:15 p.m. near the 6300 block of W. Bellfort on Bob White Street.

Investigators said the victims— described as two 20-year-old men and a 19-year-old woman —were at a small party with family members when they decided to go their vehicle parked on a side street.

Police said the car's tires were flat, so they started to change them out. While they were working on the vehicle, a silver car with four men inside pulled up and asked if they needed help.

That's when police say the men pulled out guns and fired, hitting all three victims, who fired back in turn.

At least 15 to 20 rounds were fired during the shootout.

The victims were taken to the hospital. Family members said they’re expected to survive.

Police said it's still unclear whether the flat tires were a coincidence or a set up. The motive for the shooting is still under investigation.

For now, HPD is searching for the four drive-by shooters and their vehicle.

Anyone with information on the suspects wanted in this case is urged to contact the HPD Major Assaults & Family Violence Division at 713-308-8800 or Crime Stoppers at 713-222-TIPS.