Right now, the Three Brothers Bakery cookie poll has President Donald Trump in the lead over Joe Biden with a week to go until Election Day. 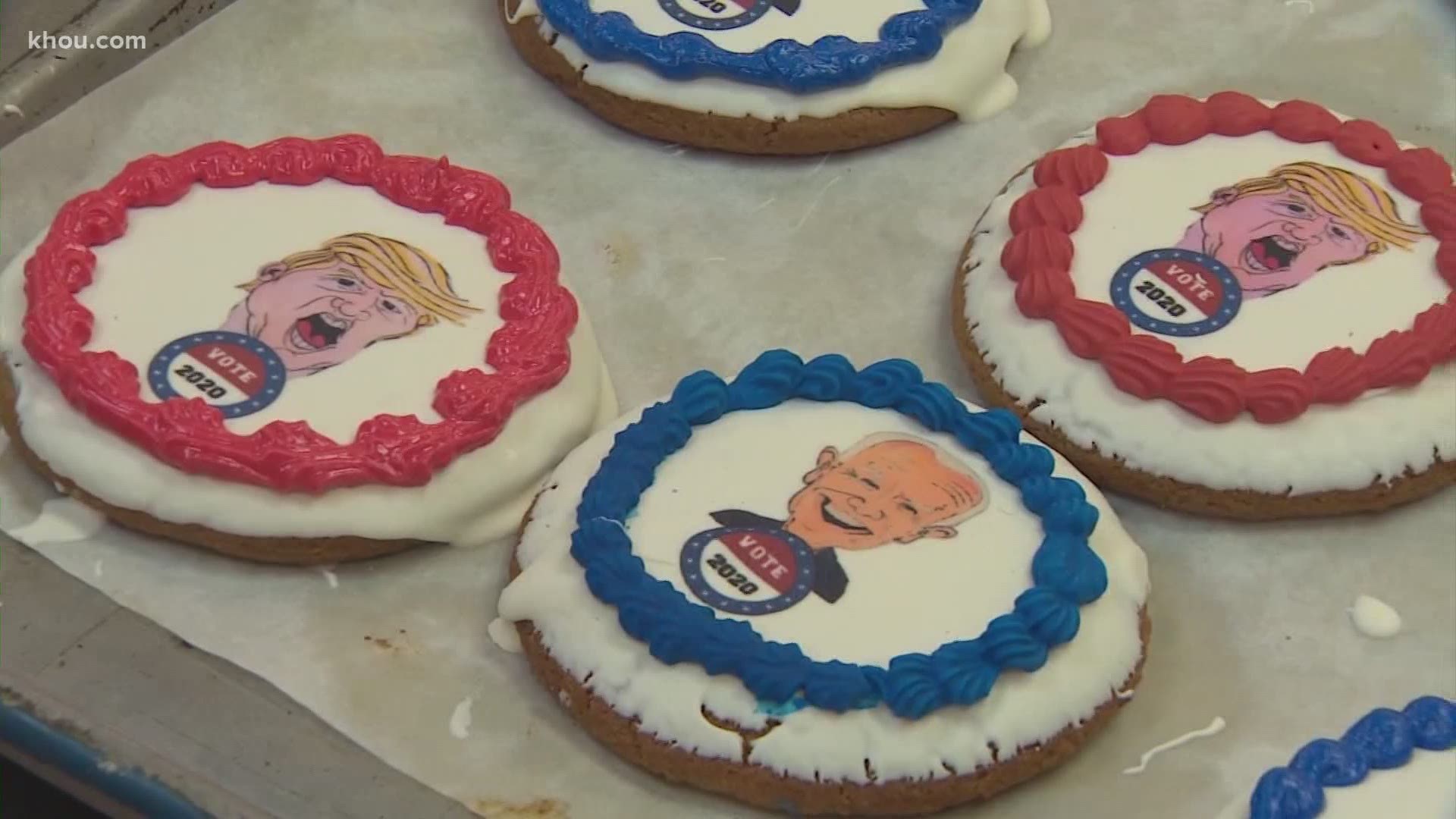 HOUSTON — It's not your traditional polling place, but at Three Brothers Bakery people are voting by the thousands.

"We're seeing a lot of people come in from both parties," owner Bobby Jucker said. "We want you to come in and vote."

People are voting on their taste buds.

"I got my Biden, and I got Gingy," Linda Maher said. "Everybody needs to go vote."

"I said I just have to come by and make my voice heard a little bit and enjoy a treat," Maher said.

It's the fourth presidential cookie poll at Three Brothers Bakery, and they've never got it wrong. For the last 16 years, they've accurately predicted who wins the White House.

Across all their locations, Trump leads with 1,211 cookies. Biden trails with 947 cookies and Gingy is in third with 117.

"This poll may be skewed because I've had customers come in to get Trump cookies, so they can bite his head off," Jucker said.

Nationally, the latest average of polls tells a different story. Biden leads Trump by 9 points, 52 to 43, with a week until Election Day.

"People are really fired up," Maher said. "They want to make their voice heard. They know how important it is. Your vote is the only way to impact what the next four years will be like."

Voters are clearly passionate about their candidates. But for Three Brothers Bakery, it's all about adding something sweet to this bitter election.

"At the end of the day, it's a cookie, we're just trying to have fun with this really tough election," Jucker said.

So, with a handful of days left to vote in Harris County, don't forget to cast your ballot. The real one. The one that counts. And then swing by the bakery where every cookie will be counted.

"Cast your vote, then buy a cookie, or two, or three or a dozen, or whatever, we'll have plenty," Jucker said.

You don't have to live in Houston to "vote by cookie." Three Brothers Bakery sells the cookies online here.