The lines were so long at 6:20 p.m., Houston police tweeted the church was at capacity and they asked people to delay coming out. 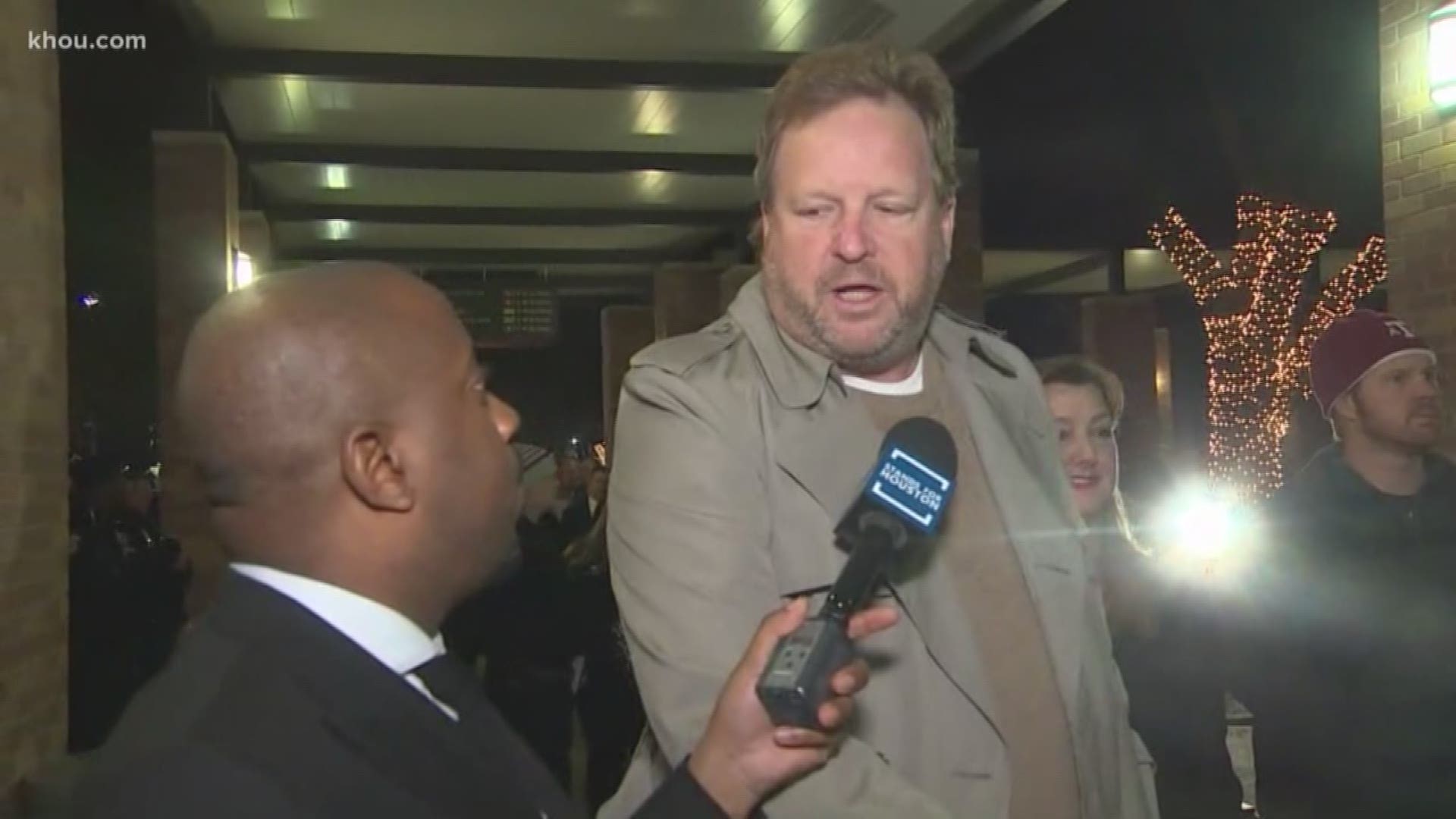 HOUSTON - Thousands of people lined up at Second Baptist Church on Woodway Wednesday because they want to honor President George H.W. Bush.

Just before 10 p.m. Wednesday, the Bush family spokesman Jim McGrath said 5,000 people had passed through Secret Service security clearance for President Bush's public repose and said wait time was at under an hour.

By the most recent count, approximately 5,000 persons have passed through the @SecretService security checkpoint for the public repose in the state funeral of President George HW Bush. The process is running smoother now and wait times are under an hour. #Remembering41 #Bush41

The lines were so long at 6:20 p.m., that Houston police tweeted the church was at capacity and they asked people to delay coming out. As of 8:40 p.m., HPD says there is a 2-hour wait.

Second Baptist parking is at capacity. It’s recommended that you wait until people can start leaving, but if you want to come now, overflow parking is at the BBVA Compass Garage and the shopping strip lot across the street. Or you can UBER. @KHOU #KHOU11 pic.twitter.com/0vOKxnEXo3

Overflow parking is at BBVA Compass Garage or in the shopping center across the street.

Shuttles will take visitors to St. Martin's Church where Bush 41 will lie in repose until Thursday morning.

Visitors will be allowed to go inside St. Martin's from 6 p.m. Wednesday to 6 a.m. Thursday. The last shuttle will pick up at 5:30 a.m.

UPDATE: Those wishing to attend #GeorgeHWBush's repose may want to delay coming out. Second Baptist is currently at capacity. A reminder that shuttle buses will run all night long with the last bus departure scheduled for 5:30am. #Remebering41

People began lining up Wednesday morning but they lines started getting longer late in the afternoon.

As you wait in line, you can fill out a note card provided by KHOU 11 with a message to the Bush family.

While waiting in line at Second Baptist, you can fill out a note provided by KHOU 11 with a message for the Bush family.

There is handicap parking and an Uber drop-off point available at Second Baptist.

There are two public entrances to the parking lot at Second Baptist. One is located on S. Voss Road and the other is on S. Ripple Creek Drive off Woodway Drive.

A state funeral was held for the president Wednesday morning at the National Cathedral in Washington, D.C.

President Trump and First Lady Melania Trump were also in attendance and sat next to the Obamas during the service.