The alleged victim is not yet ready to be identified. His lawyer says the abuse happened when he was in middle school and took place when LaRosa-Lopez was training to be a priest. 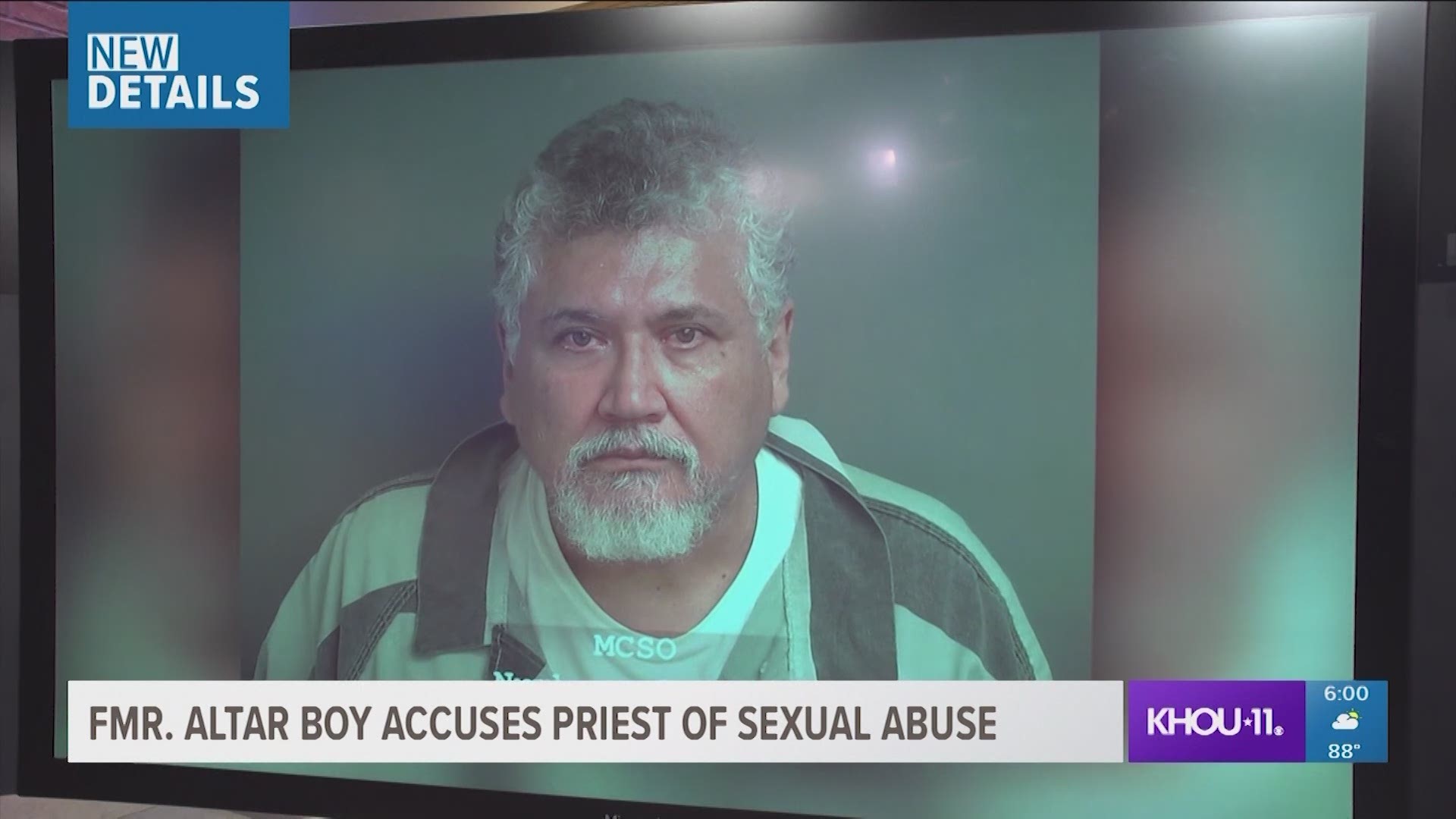 HOUSTON - There is now a third accuser alleging Manuel LaRosa-Lopez sexually abused him, even before LaRosa-Lopez was ordained.

The alleged victim is not yet ready to be identified. His lawyer says the abuse happened when he was in middle school and took place when LaRosa-Lopez was training to be a priest.

The man says he reported the abuse to church authorities back then but says his complaints fell on deaf ears.

“This was a red flag," said Adam Dinnell, the accuser’s attorney.

Dinnell said LaRosa Lopez sexually abused his client on 5 to 6 separate occasions when he was an adolescent. The alleged abuse took place when his client was an altar boy from 1993 to 1994 and when when Lopez was a seminarian.

“He reported this to his guardians at the time, and it actually got to the point where he was not wanting to go and be an altar boy anymore,” Dinnell said.

Dinnell won’t say where the then-12-to-13-year-old boy went to church, but said he first met LaRosa-Lopez at a Spanish mass. According to the Archdiocese Directories, LaRosa-Lopez was assigned to St. Thomas More Parish in Houston from 1993 to 1996. Those dates imply the young boy’s complaints against LaRosa-Lopez did not change his status within the Church.

“My client explained what had happened. He felt it was inappropriate…At that time, they raised the issue as a group, my client and the guardians and the local parish, and had a sit-down discussion.”

When asked what came out of the discussion, Dinnell responded, “Nothing.”

These new allegations come on the heels of two people filing police reports about abuse they say they suffered at the hands of LaRosa-Lopez after he became a priest.

“I know my client strongly believes had some action been taken early on, maybe we wouldn’t be in the situation we are in today," Dinnell said.

Seeing media reports of the scandal inspired the new accuser to come forward.

“Since 20 years ago, he had buried a lot of this away and was finally seeing that there are other people like him who have gone through this. It gave him the courage to reach out, contact the authorities,” Dinnell said.

Dinnell said his client is still a practicing Catholic, and his faith is another reason he came forward.

He wants to reform within the Church, which is an important part of his life.

The Archdiocese pf Galveston-Houston referred us to his lawyer, Wendell Odom. Odom said he has not yet heard from authorities and that the allegations “came out of left field.”

Odom says he doesn’t know who is behind these claims or where the abuse is said to have taken place.