Astros FanFest gave fans the chance to play at Minute Maid Park, meet the players and mentally move on from the results of the MLB investigation. 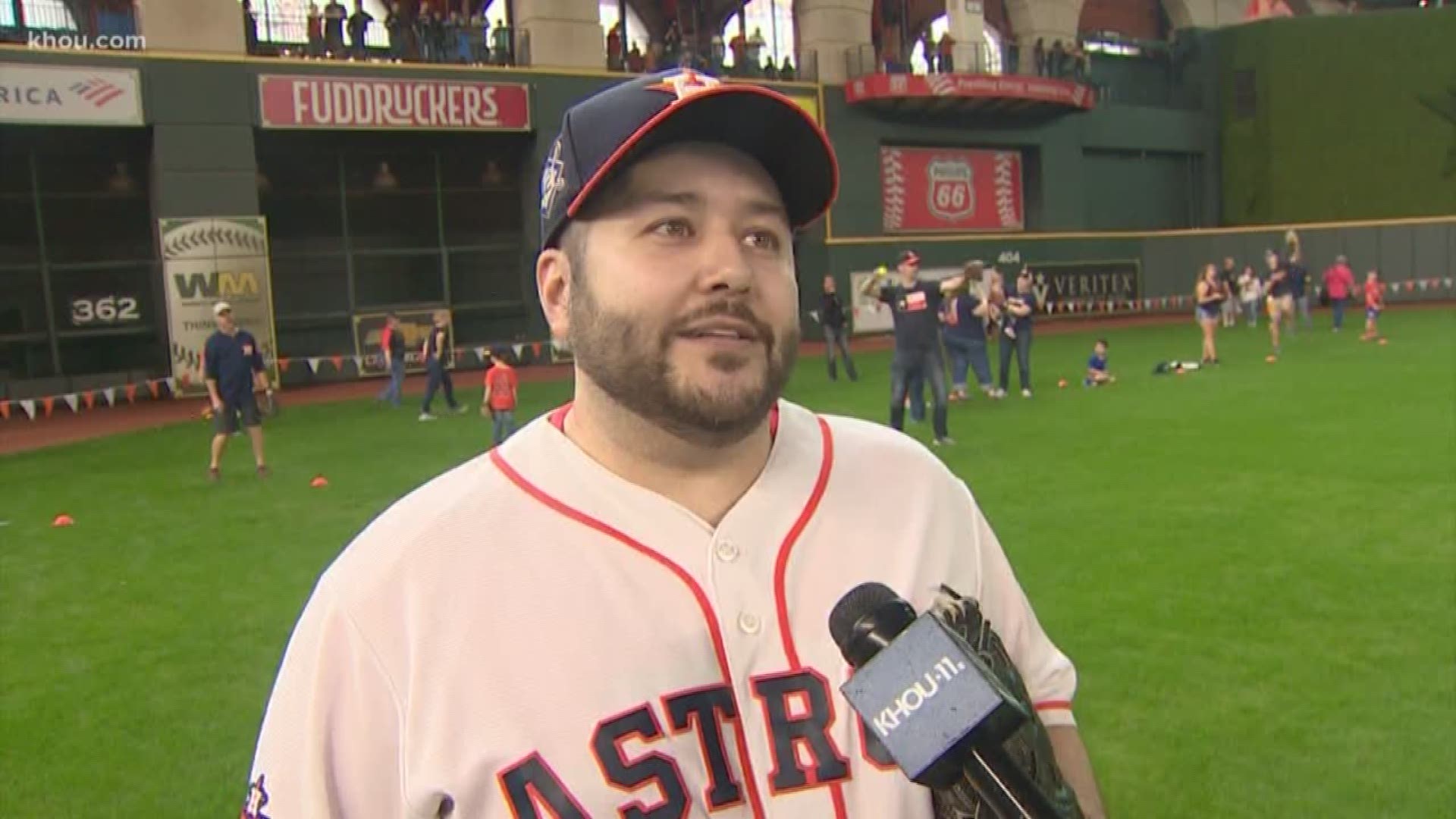 "It's like a dream come true," said 9-year-old Titus Petty.

"When would I ever get on the field and in the dugout and get autographs and the things you think of when you’re a kid?" said Julie Glenn, a fan who attended Saturday's event with a group of friends from the Lake Jackson and Seabrook areas.

But there is the elephant in the ballpark: fans piling into Minute Maid Park in navy and orange all faced the reality that their team was caught sign-stealing with the use of a live camera.

For many fans, it's a reality they have acknowledged, and are ready to move past.

"It’s obviously disappointing to hear that, but we’ve just got to move on and hopefully this year will determine a lot and see how this team reacts," said Lazaro Garcia, a lifelong fan with season tickets.

"We believe in the players. We believe in the staff. They’ll always be our heroes. We don’t need anything from them. Just wins," said Brad Bardwell, who brought his 5-year-old son Landry to play catch in the same portion of left field as Landry's favorite player, Michael Brantley.

The overwhelming feeling from fans was twofold: disappointment and urgency to move on.

"It’s not something you ever want know about anyone that someone that they say cheats, especially to taint a World Series, when we have the talent to not have to do that," Glenn said.

Fans hope the new general manager and manager, who will replace Jeff Luhnow and AJ Hinch, respectively, will come in with a no-nonsense attitude and the determination to win, and hopefully, wash that sour taste out of fans' mouths at the Juice Box.