A Highlands man recorded video on his phone as the bus pulled over to let kids off on Main Street in Highlands, and the bus driver told him to contact the media. 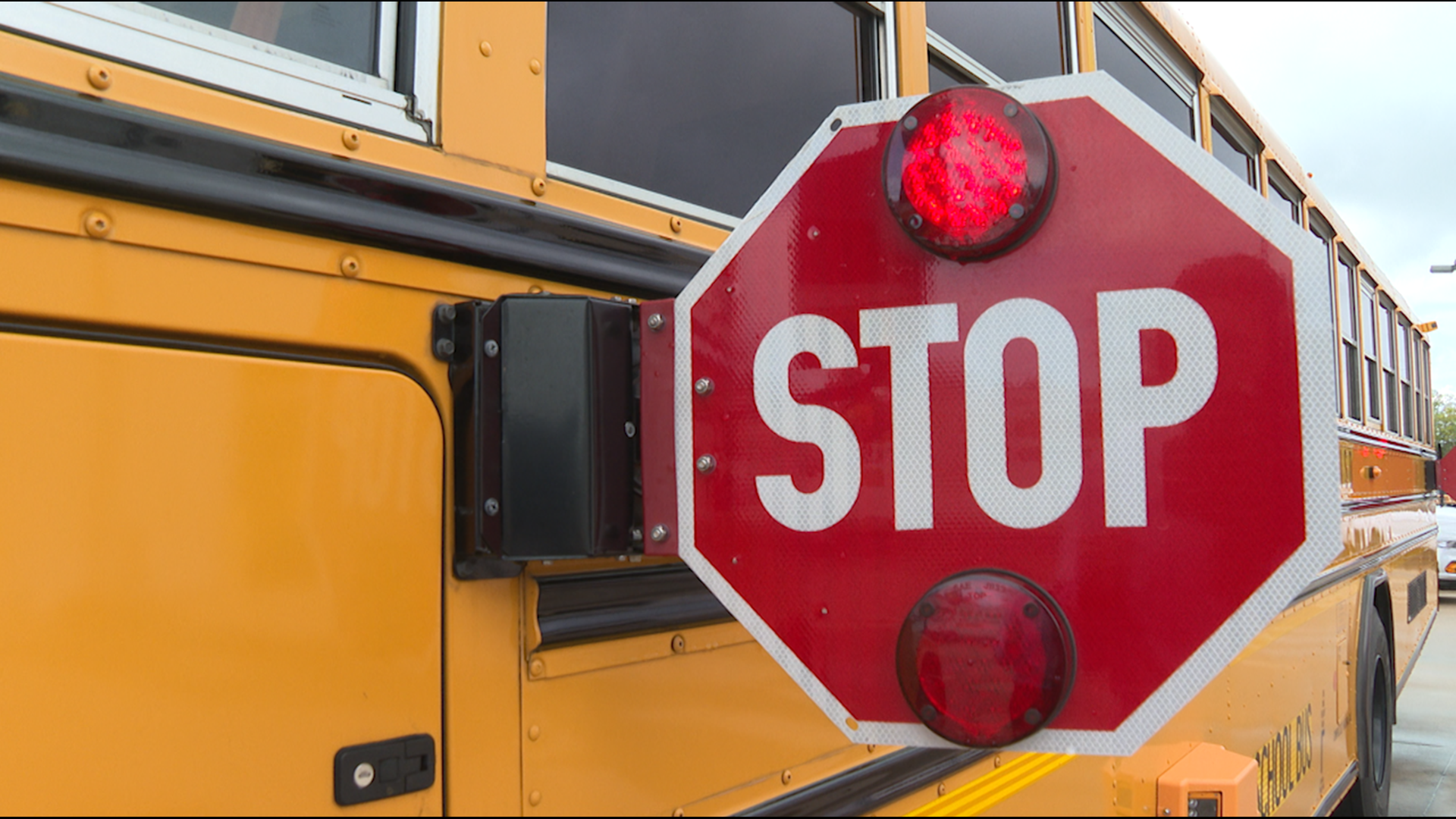 HIGHLANDS, Texas — A father in Highlands is upset at drivers breaking the law again by passing by a stopped Deer Park ISD school bus as it let kids off at a bus stop.

Jeremiah Meekins recorded the video and walked up to the bus monitor and driver, saying, "I got them on camera."

"They just don't stop, do they?" the bus monitor said.

Meekins asked if he should report it to law enforcement. The bus driver said to "send it to the media."

”A lot of times, I’ve seen three, four, five cars pass by after the bus has come to a complete stop," said Jeremiah Meekins. ”I sensed desperation voice in the driver’s voice that we’ve got to do something kind of extreme here to shed light on this situation.”

Meekins said it has happened nearly a dozen times in the past month.

"Maybe we can get something done before there’s an accident that takes place," said Meekins. "We just don’t want to see anything like that happen to our kids."

Harris County Constable Precinct 3 deputies were out at the bus stop Thursday, issuing citations to those who broke the law.

Deer Park ISD did not return calls for comment.

This is not the first time parents have recorded cars passing by stopped school buses, which is against the law.

The moments when students are entering or exiting a school bus can be one of the most dangerous times during a child's trip to and from school, according to Texas Department of Public Safety.

According to state law, if a school bus has alternating flashing red signals visible from the front or rear, drivers must stop before reaching the bus. Drivers can only proceed if the flashing lights are no longer activated; the driver signals you to proceed; or the bus has resumed driving. Approaching drivers do not have to stop for a school bus that is operating a visual signal if the roadway is separated by a physical barrier or an intervening space. (If a highway is divided only by a left-turning lane, the roadways are not considered separated, and drivers must stop for school buses.)

Drivers who illegally pass school buses face fines up to $1,250 for the first offense. For individuals convicted of this offense more than once, the law allows the individual's driver license to be suspended for up to six months. (A ticket for illegally passing a school bus cannot be dismissed through defensive driving.) Additionally, this offense could potentially include criminal charges if they cause serious bodily injury to another.

More than a million children and teens depend on buses to get them safely to and from the more than 9,000 Texas schools every day, according to TXDOT.