An auto shop owner said a checking account number, primarily used for his business, ended up on checks other than his own. 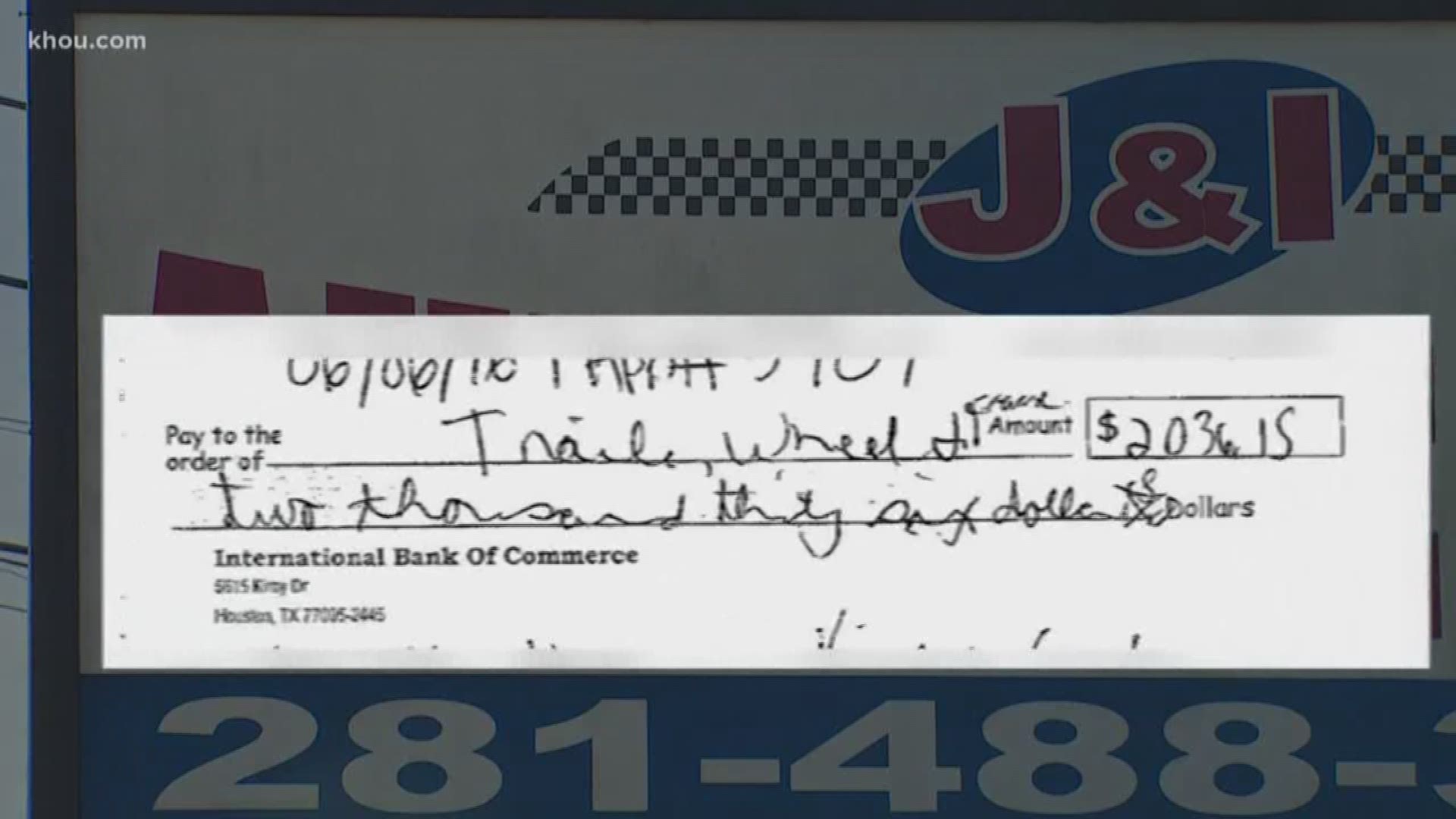 HOUSTON — Jason Moreno owns an auto shop in Webster. He can fix a lot of things. He just wishes he could figure how he recently got swindled.

"They drained us," Moreno said. "Within three days, they completely drained everything. They took every last penny we had and then some.”

Moreno said a checking account number, primarily used for his business, ended up on checks other than his own.

They were used to make purchases at a variety of businesses.

"They went on a major shopping spree on a Friday, Saturday, and Sunday," Moreno said. "Bought everything from, you know, 18-wheeler truck parts to the grocery stores.”

Based on information from processed checks that ended up temporarily costing him, Moreno figured out the crooks visited businesses here in the Houston area and in Buda.

A woman was caught on surveillance cameras at one business where she apparently used fake checks featuring Moreno’s real account number and an elderly Spring woman’s address for whom she may have also had a fake ID.

"We have no clue how it happened," Moreno said. "How they got our account information."

Moreno said his bank helped rectify his losses except for some fees. But the business where fraudulent checks were used may be out thousands of dollars.

We confirmed multiple police reports have been filed in hopes of depositing the crooks behind bars.

"Unfortunately, there’s bad people out there who want to do terrible things to good people," Moreno said. "And they just don’t care.”

The crooks appear to be professionals in this case.

Call police with any information. Meanwhile, here are some tips on how to best protect your bank account from Clark.com: