There are around 3,000 registered facilities that house chemicals in Harris County. Which ones are near you?

As of 2017, 2,927 chemical facilities are reported to be within Harris County. Which ones are in your backyard? 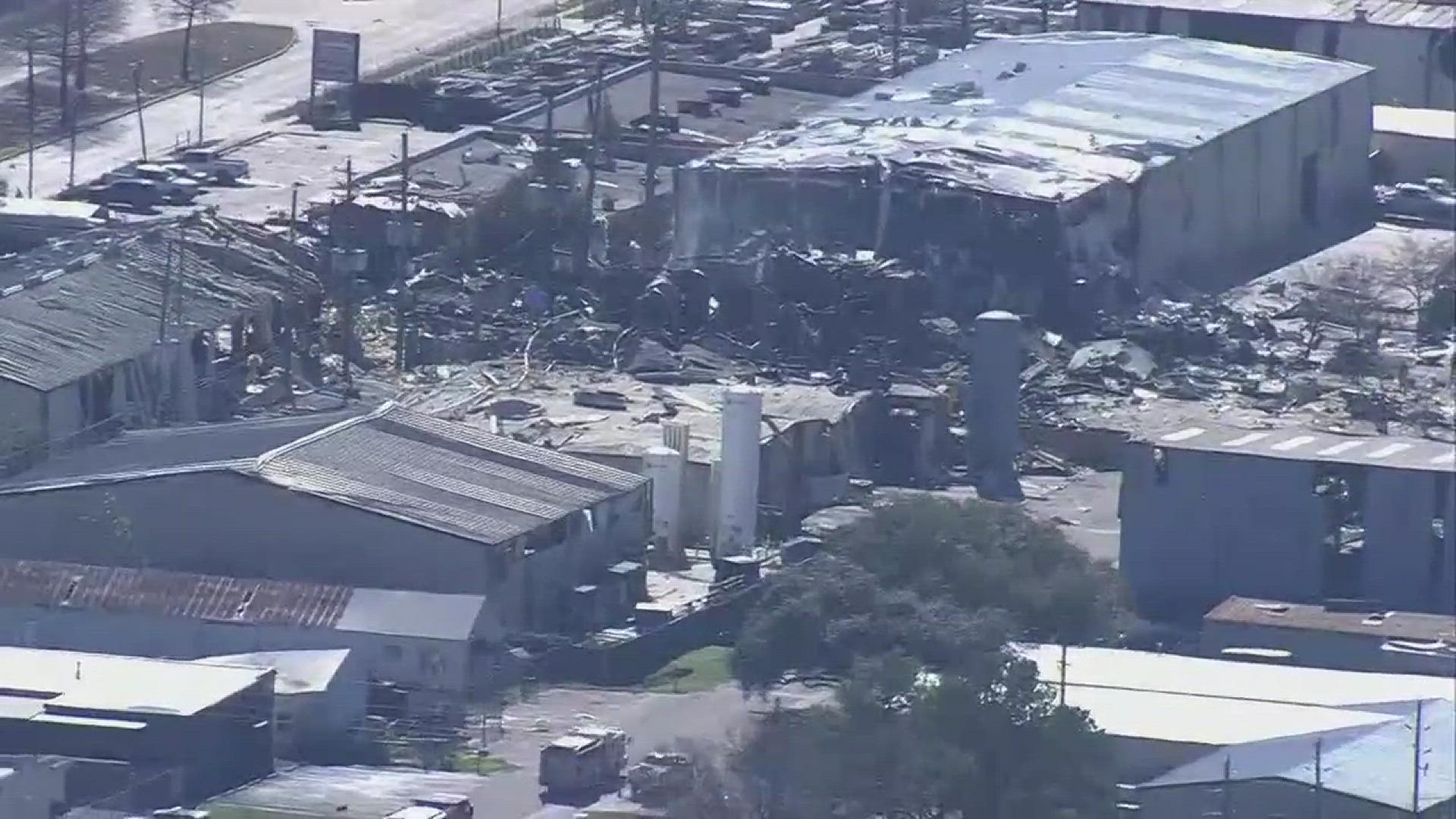 HOUSTON — Harris County is the third biggest county in the country with more than 4 million residents, according to the 2010 U.S. Census.

It has a land mass larger than the state of Rhode Island and is at the center of the largest petrochemical complex in the western hemisphere.

After the Watson Grinding and Manufacturing facility exploded early Friday morning, killing two people and damaging hundreds of homes and businesses nearby, residents in Northwest Houston began expressed concern over such a facility being located in their proverbial backyard.

With more than 10,000 miles of pipeline, Harris County has more pipeline than any other county, and more than 1.7 million residents live within a half-mile of these pipelines.

Because of transportation options like road, railway, pipelines and the Port of Houston, hazardous materials are not limited to a specific area of Harris County.

In fact, as of 2017, 2,927 chemical facilities are reported to be within Harris County.

Of those 2,927 chemical facilities, 1,734 reported that they had Extremely Hazardous Substances (EHS's) on their site.

Look and you'll see a number of those facilities are in the suburbs, away from Pasadena and Deer Park.

Want to see which facilities are near your home?

Click on the link above to see what kinds of facilities are located near your home.

How prepared is Harris County?

In the wake of the 2019 ITC fire, the Harris County Commissioners Court approved a contract with PENTA Consortium LLC to develop an analysis in order to identity gaps in the way the county prepares for and responds to incidents like the ITC fire.

County Judge Lina Hidalgo said that the time that "it was evident that the county was under-prepared to do air monitoring" after the ITC incident.

She told commissioners that the analysis provided by PENTA provided "a lot of room for improvement," because during the March 2017 fire in Deer Park, Harris County "had to cobble together air monitors" from private entities and other jurisdictions.