Sharkey's friends shed some light on the social media influencer's past before she moved to Houston. 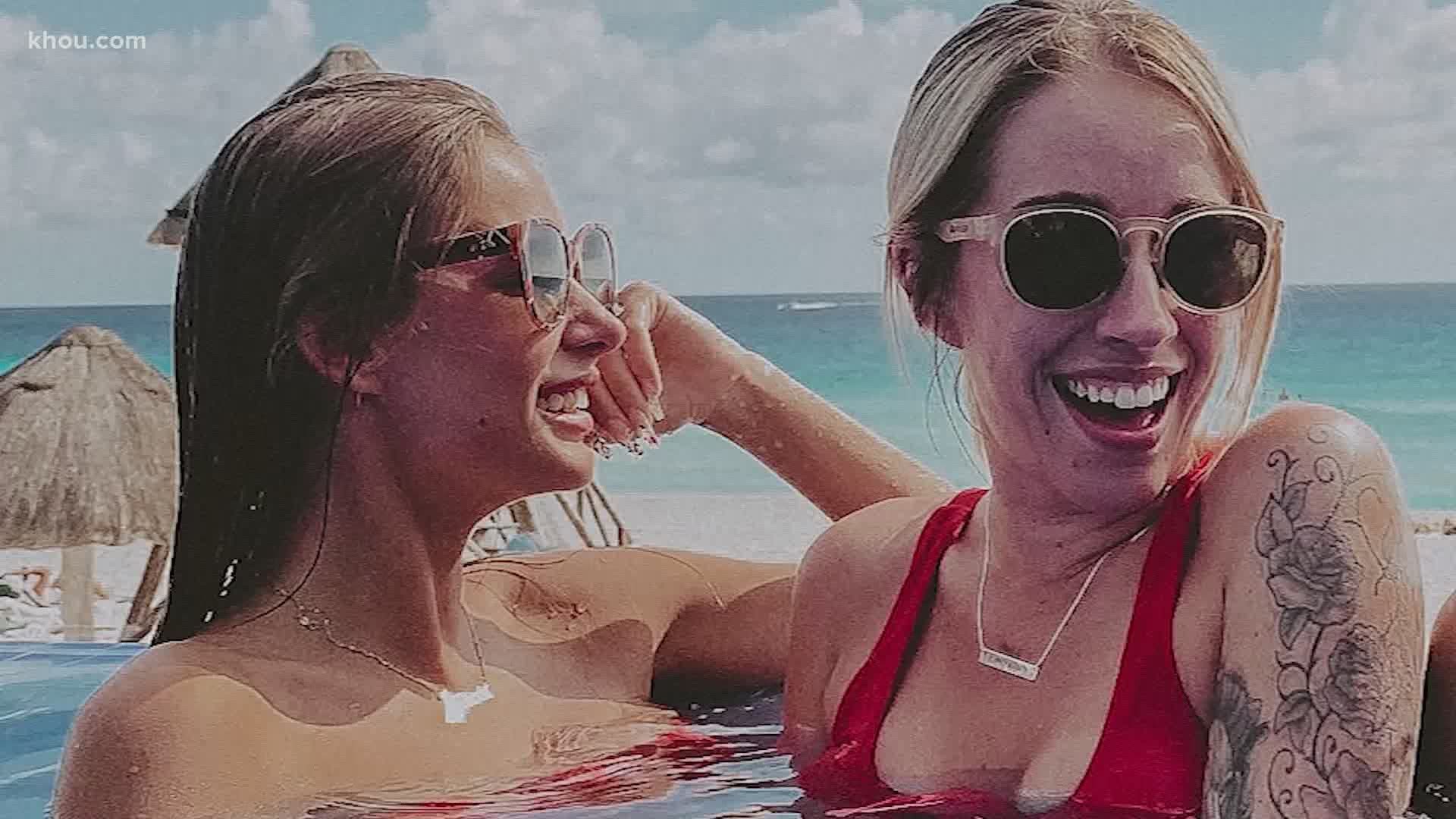 HOUSTON — The medical examiner is still working to determine how 26-year-old Alexis Sharkey died. Her body was found Saturday on the side of a west Houston Road.

As detectives work to find out what happened, Sharkey's friends are sharing more about the social media influencer and her life before she moved to Houston.

"When I saw her ... I was, like, she’s radiating," Alexis Sharkey said of her friend, Brittney Pember.

“That’s when I first got to meet her," Pember said. “She was just like the light of the room. She was just so smart and so funny.”

Brittney has known Sharkey for a couple of years. The two met through their work with Monat, a company that sells hair and skincare products. Pember said Sharkey worked her way to the top, becoming an executive director.

“She worked her butt off to get to where she was and to see such success in a person who is just a couple years older than me, was absolutely incredible," Pember said.

Sharkey met many of her friends through Monat and work trips. That’s where she met Lauren Norling-Martin.

“She’s grown to be such a good friend to me. And I just can’t believe she’s gone," Norling-Martin said.

Norling-Martin said before moving to Houston, Alexis once lived in Midland-Odessa, where she met her husband, Tom.

“He was in the oil field, and I think she worked at a local bar for a little bit so I think they just crossed paths that way," Norling-Martin said.

Norling-Martin said the two moved to Grand Junction, Colorado for about four months in 2019.

“I know she absolutely loved it, and just being with her friends and exploring were her favorite things in the entire world," Norling-Martin said.

Norling-Martin said the couple moved to Houston this January.

Now detectives are trying to find out what went wrong. How Sharkey's vibrant young life ended so soon.

“Without a doubt in my mind, foul play was involved, and this was a murder," Norling-Martin said.